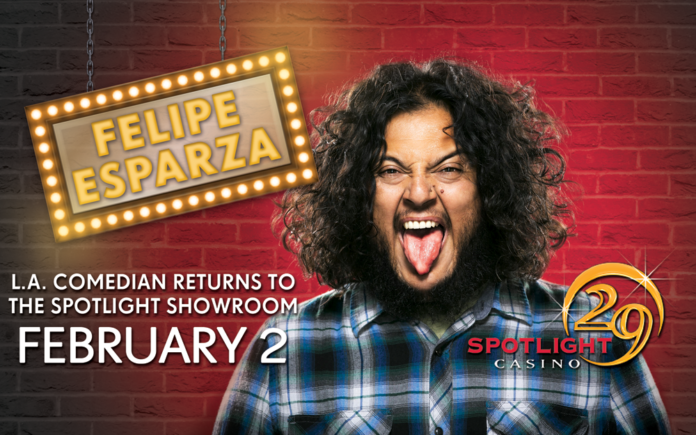 Felipe Esparza was born and raised in Mexico before moving to Los Angeles, where he got caught up in gang life, went to rehab, and started doing standup…all before he turned 20. In 2010, he won Last Comic Standing. He has both Showtime and HBO comedy specials, as well as a podcast called What’s Up, Fools? We got the chance to talk to him ahead of his Saturday, February 2 show at Spotlight 29.

CVW: How does your past play into your comedy? 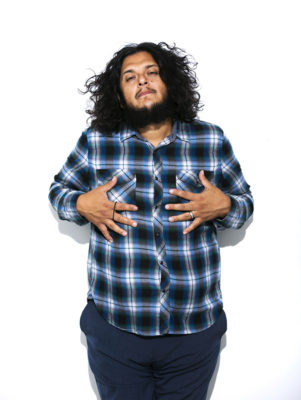 FE: “My past has tragedy and I never thought I would make jokes about it…but I do. A lot of people go through the same stuff, so it’s relatable.”

CVW: How did you work up the courage to stand in front of people and be funny? What if you have a terrible day and then you have to go on stage and make people laugh?

FE: “This is the only way I can really be happy. This is all I have. I like being on stage, it’s a therapy and I think it’s more than that. I just love comedy and making people laugh.”

CVW: How do you handle hecklers and do you have any funny stories about that?

FE: “I do, actually! Usually I’m very likeable on stage and a lot of my jokes aren’t questionable. I don’t focus on anybody personally. Last week, a woman heckled me. It wasn’t really bothering me enough to address her, but it was bothering everyone around her. So I said, ‘Sorry ma’am, but if you are trying to heckle me you’re doing it the wrong way. You’re supposed to upset me, not the people around you.’ A little later, I got heckled by someone that yelled out something that was funny. I kept telling her, ‘You see this, that right there was a heckle!’ It was funny, his timing was impeccable – he knew when to come in and I knew when to come out. Any time I got heckled I brought it back to her. Another time I bombed on stage and nobody laughed because I was being heckled by different people. I got the crowd going again by telling them, ‘You know, normally I would accept this as a bomb it’s my fault and think it was because I was horrible. But for the first time I have to say that you guys suck. You guys failed at being an audience member, you guys are the ones who fucked up the show.’ For the most part I don’t want to ruin my shows by dealing with hecklers. If I say something really funny, I may lose the audience because I can never come back and break character and talk to the audience more instead of going into my act. I pretty much ignore it.”

CVW: You won Last Comic Standing, you have a weekly podcast, and you’ve had two comedy specials. What has been most rewarding so far about your career?

FE: “Producing my own special with my wife and selling it to HBO. I always wanted to be in that position. Before then, nobody was giving me nothing. So I gathered up my money, hired a crew, shot a special and sold it to HBO and we own the show. My second special is my retirement fund.” (Chuckles.)

CVW: What advice do you have for aspiring comedians that are starting out and want to hone their craft? 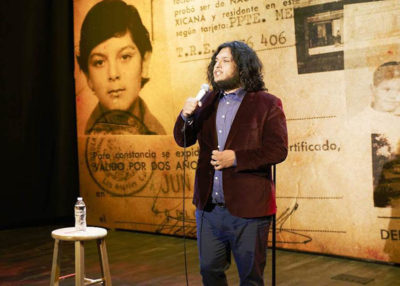 FE: “I would say get in marketing. If you’re young, take a marketing class on the side. Always carry a notepad and every stupid thought or idiotic thing you say or hear, anything that’s funny, write it down and save it. When you do standup for long time, sometime you go back to your old material and go through those jokes and rewrite them and make a whole new bit. Write every day.”

CVW: Have you been out to the Coachella Valley before?

FE: “Many, many, many years ago. We did a show somewhere in the area, someone from the show was a principal and they hired me to perform during their drug awareness week, so I did show for junior high school kids in 1998.

I’m excited because most of those kids are now adults and they probably don’t remember me, but they could come out and see my show. I don’t get out there too much and I’m expecting a packed house. I’m bringing in a whole new act. It’s not the same jokes you heard or saw on YouTube or TV. Unless you recorded my show, none of my material is available anywhere unless you watch it live. So that’s the best part of the show.”

To purchase your tickets to see this funny man on Saturday night, go to: https://www.spotlight29.com/entertainment/