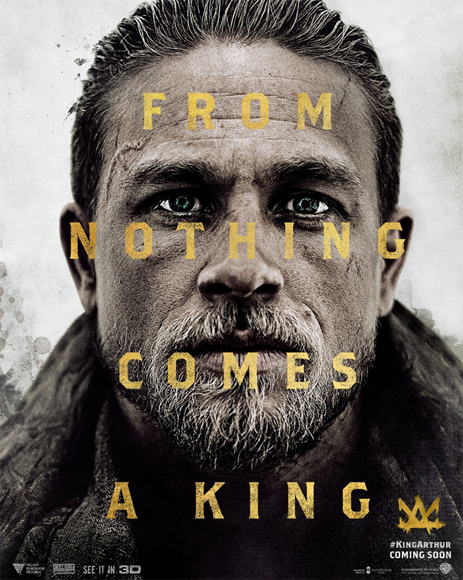 KING ARTHUR: LEGEND OF THE SWORD

We’ve all heard the phrase “God has a plan for your life.”  But what if you discover that “plan” is to fulfill an unwelcome prophecy of kingship?  Do you resist or go along with your apparent – and unwanted — destiny?

Co-writer and director Guy Ritchie brings his usual energized style to this epic fantasy action adventure that tries to reboot the myth of King Arthur as an origin story that admittedly plays fast and loose with history and significance.  Ritchie lays on layers of cool action that sometimes further muddies the power and meaning of this ancient foundational story.

There is a strange lack of tension throughout the unfolding of this timeless story.  Ricthie’s a robust director and although this muscular retelling of the famous legend is visually lush, it is a tad muddled.  There’s a surprising lack of substantive drama and character development and the narrative logic is nebulous.

That said, Charlie Hunnam is a terrific Arthur.  His story is traced from the mean streets to the throne.  He’s kind of a Royal Rocky in this iconoclastic take of the Excalibur mythos.  When the very young Arthur’s father is assassinated, Arthur’s uncle Vortigern (a spot on Jude Law) seizes the throne and crown. 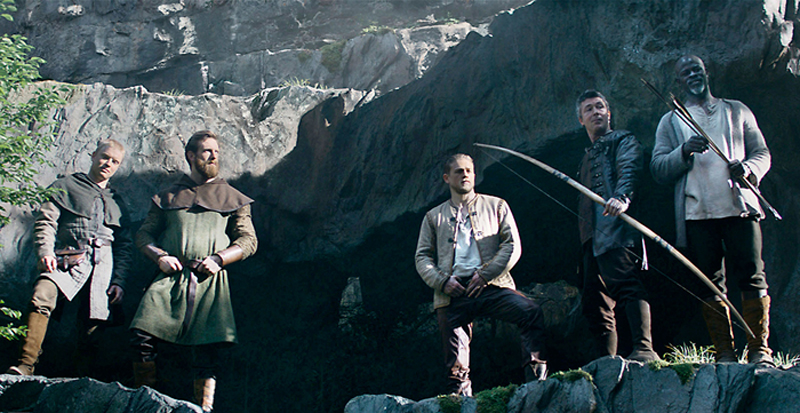 Now robbed of his birthright and with serious identity issues – Arthur has no idea who he truly is but somehow manages to survive the hard way in the back alleys of the city.  But when he pulls the sword from the stone, his life is turned upside down — and inside out — and he is forced to acknowledge his true identity and embrace his prophetic legacy in spite of any personal feelings to the contrary.  The supporting cast includes Eric Bana (Uther Pendragon) and beautiful Astrid Berges-Frisbey (Guinevere).  This great looking, fast-paced action epic will take you away to another place and time when fate unexpected intervenes and makes demands in the lives of flawed humans that may or may not be up to the task at hand. 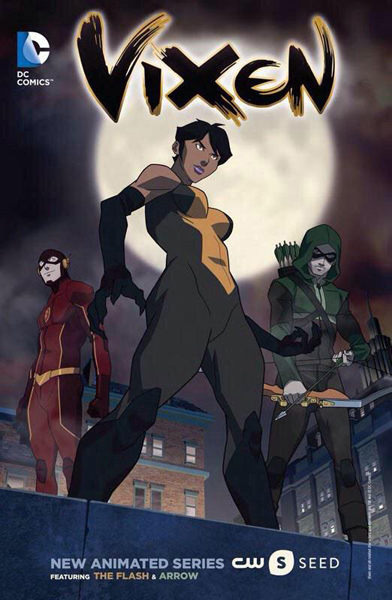 This feature length animated film cleverly and artfully combines the first two seasons of the CW Seed hit series into a single uniform story.  There are at least 15 minutes of all new, never-before-seen content.  The special features include a brand new featurette and two Vixen-focused episodes of Justice League Unlimited.

Originally from Africa, Mari McCabe grew up an orphan after her parents were killed by local greed, corruption and wanton violence.  But Mari refuses to succumb to the terrors surrounding her.  Inheriting her family’s Tantu Totem, Mari is able to access the powers of animals – anything from the strength of a gorilla to the speed of a cheetah.

As Vixen, she fights valiantly to protect the world from threats like those that claimed her family.  Fans get the action sequences they expect and the characters they got to know and like in Arrow and The Flash.  From DC Comics and Warner Bros. Home Ent.  Blu-ray.