Not really a prequel or a sequel but rather a Kong story set in a parallel time stream, so it doesn’t; really matter if you are up to date on the cinematic chronology of the great ape we first learned to love on the big screen back in 1933 and on the small screen ever since.

It’s a big, loud and mostly satisfying movie but this entry in the Kong mythos fails to add anything significant to what’s gone before – especially the emotional conceit to the basic premise of classic “Beauty and the Beast” tropes that both the original and Peter Jackson’s reboot emphasized.

In this outing, lovely Brie Larson plays photographer Mason Weaver who is attached to a military heavy team (including Tom Hiddleston, Samuel L. Jacksons) of explorers sent to a remote island group deep in the South Pacific to document the mysteries of Skull Island and the existence of Kong.  Too bad Brie was not given more to do, she is an astonishing Oscar winning actress of great range and ability.  When she’s on screen, it’s hard to look at anything else. 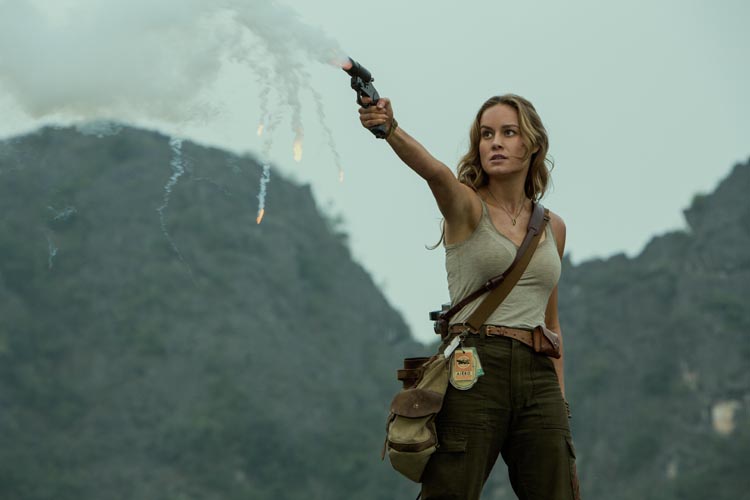 The main story, set in 1973, is rather slight.  And sadly, Larson does not have a relationship with Kong that even comes close to Fay Wray’s or Naomi Watts’ – however, there is the near iconic image of Larson in Kong’s huge paw that reminds or is it a sardonic homage to Jessica Lang’s famous scene in the odd and disappointing 1976 version?  This Kong is said to be 100’ feet tall, but his size seemed to change a bit during the unspooling of the movie.

Yes, “Kong: Skull Island” may be an overblown and essentially meaningless (no big metaphors here), monster movie, but it delivers on the promise of the poster and the premise of the previews.  And that’s what counts most to fans of big adventure, sci-fi fantasy movies like this.

A big plus here is the terrific cast, especially the comic relief of John C. Reilly as a WW II jungle survivor, and the convincing primordial-like locations in Hawaii, Vietnam and Australia — some of which have never been seen on film — that make Kong’s on screen world all the more convincing, scary and wondrous.

See it on the biggest screen you can find.  Now playing at Mary Pickford’s D’Place Entertainment.

NEW BLU FOR THE HOME THEATRE: 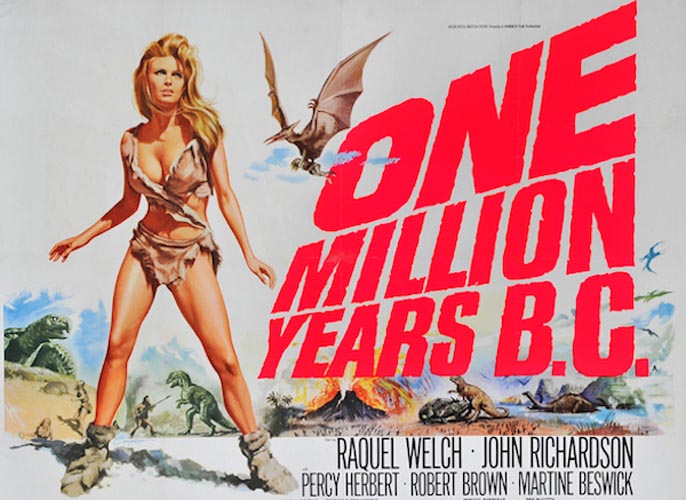 In keeping with the theme of this week’s column, we travel back through time and space to the edge of man’s beginnings and discover a savage world whose only law – according to the original press material — was lust!

Set during a clash of cultures between the mean Rock people and the kind, gentle Shell People.  But what happens when Tumak (John Richardson), a Rock guy banished from his home turf, falls in love with Loana (Raquel Welch) from the loving shell tribe? 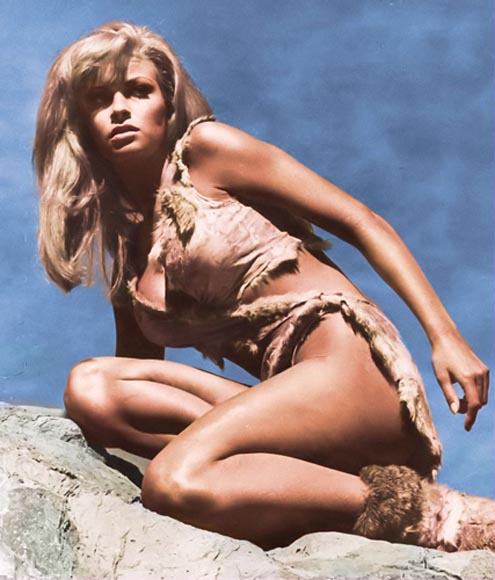 Like a stone age Romeo and Juliet, the twosome decide to face the world together, cut off from all their tribal support.  Now alone in a deadly world of hideous beasts and threatening volcanic eruptions, they work to make a life.  Arguably, there are life lessons here for all of us.  This fun movie made Ms Welch a star.  And it’s easy to why when watching her fighting prehistoric monsters in a torn fur bikini.  The new Blu-Ray 4K restoration looks great and is available from Warner Archives.  Recommended. 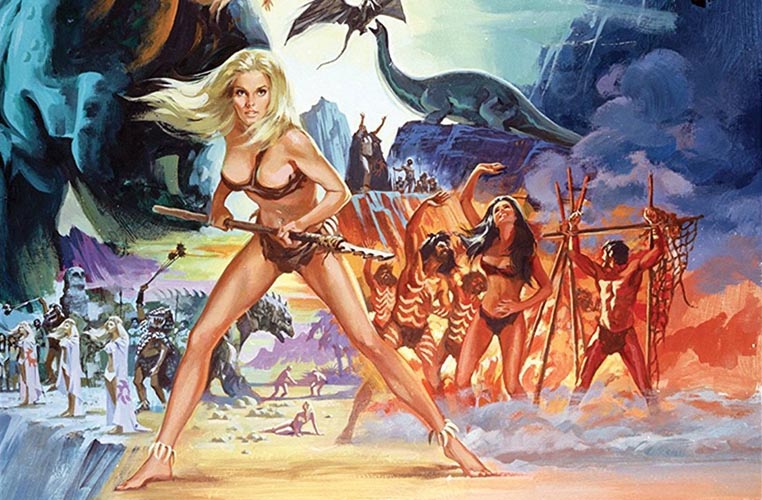 WHEN DINOSAURS RULED THE EARTH (1970)

There’s a place where humans and dinosaurs co-exist.  And you can go there any time you want if you have this long anticipated hi-def transfer of one of the best “babe and dino” movies.

Thus time around, it’s not a war between the rock people and the gentle, devout shell tribe.  Here, a tribe attempts to sacrifice the beautiful Sanna (Victoria Vetri) as an offering to their gods for protection from the carnivorous, marauding beasts.

Tara (Robin Hawdon), a fisherman from another tribe, rescues Sanna from the ritual and brings her to his home, understandably enraging his girlfriend, Ayak (Imogen Hassall.  Tara and Sanna find it hard enough to survive the hungry monsters but it’s escaping the wrath of Sanna’s vengeful tribe that makes life even more difficult for these young lovers.  Metaphors abound.  Recommended.  For more info, go to WarnerArchives.com