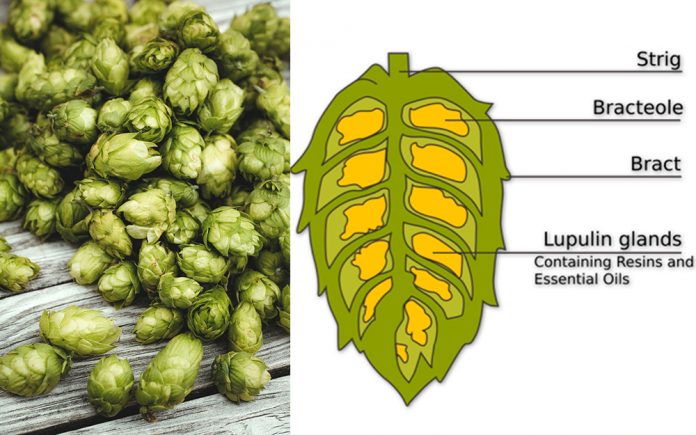 Last week we covered five of my concerns regarding the stigma of IPA’s in the craft beer universe. Today we will tackle another five…but before we do, let’s get the folks who might’ve missed that column caught up.

I wouldn’t go so far as to say that everything you think you know about IPA is wrong, but there’s a movement taking hold of the beer world that’s creating a whole host of new options for those who dislike the intense bitterness of old.

IPAs changed the game for craft beer, and though they may not be the savior of the industry, nor are they the enemy. As far as taste goes, if you think you don’t like them, there’s a good reason. Hear me out as I present five issues you may have with IPAs, and how to get past them to find an IPA that fits your own personal taste.

Below is the quick list of what has already been covered. This column is also available online at coachellavalleyweekly.com should you wish to do a little homework or review previous columns.

4. Residual sugar or high ABV left you with a terrible hangover

5. You think IPA’s are a bad because everyone is making them

So, Let’s get into the meat and potatoes of today’s observations:

When dealing with a temperamental beer style such as an IPA, environment means something. With such a high hops oil content, too much sunlight before opening can easily skunk this style. As a result, your backyard pool or patio will not work for this style without copious amounts of deep shade.
The preferred serving temperature for IPAs is around 50 degrees Fahrenheit, much warmer than what is poured straight from a draft system or directly out of your refrigerator. Allow the beer to warm and sip it as it does. At colder temperatures, you’ll taste more bitterness and will miss some of the fruitier aromatics, but as the beer warms, you’ll peel back layers on the palate.

Brewers pride themselves on the hops their IPAs use, and I’ve traveled to the hop-growing areas in the Pacific Northwest to learn about and select the freshest and most flavorful hops available. No matter how much hops brewers may use, hop flavors dissipate over time. If you see a beer nerd checking dates on a 6-pack at the bottle shop, this is why. The best time to drink an IPA is right now, so please don’t sit on them. The closer to the bottling or canning date, the better chance you have at capturing the exact flavors intended by the brewer. IPA’s begin  losing flavor elements in about three weeks, so when you open a two year old IPA and it tastes like a malt bomb, don’t be shocked; that’s what happens when the flavorful hop oils break degrade.

8. Your first IPA experience was from an oxidized growler

Let’s all take this time to appreciate the crowler movement as cans do a wonderful job of protecting beer from most of its bitter enemies. Glass growlers can be fun and convenient since they make transferring draft beer easy, they come in fun containers you can personalize, and even have handles. Unfortunately, not every individual beer drinker or brewery takes growler fills seriously. They’re tough to clean properly without the right equipment, and the filling process can allow oxygen to enter the beer. Oxygen, in the tiniest amount, can ruin a beer instantly. Some breweries committed to growlers have developed novel systems to purge oxygen when filling growlers, but they are few and far-between. But if your first taste of IPA was from a traditional growler fill and it tasted or smelled like soggy cardboard, you should give IPAs another chance.

9. You have an allergy to plants and show sensitivity to hop oils

This may be a smaller subset of beer drinkers, but it’s still worth mentioning. Hop allergies are more common than you think and can result in sore throats, swollen tongues, and even rashes on the skin. The adverse reaction you think you’re having to taste can very well be your body rejecting hop oils and aromas. Though all beers contain hops, the elevated level of hops in IPAs can trigger responses you don’t typically have to other beers and may even mimick a gluten allergy.

If you gave up on IPAs after your first 5 or even your first 15, you’re missing out on hundreds of beers that could be made perfectly for your tastes. As trends continue to change and brewers you thought you knew evolve with experience, the beer on the market changes as well. My advice? Allow your palate to evolve with it, and don’t become jaded by what you’ve had; instead get excited by what you haven’t experienced yet.

If you’re looking for an intro-IPA, here’s my list of some from local brewers and all over the United States that are great representations of the style when they’re freshly-packaged: