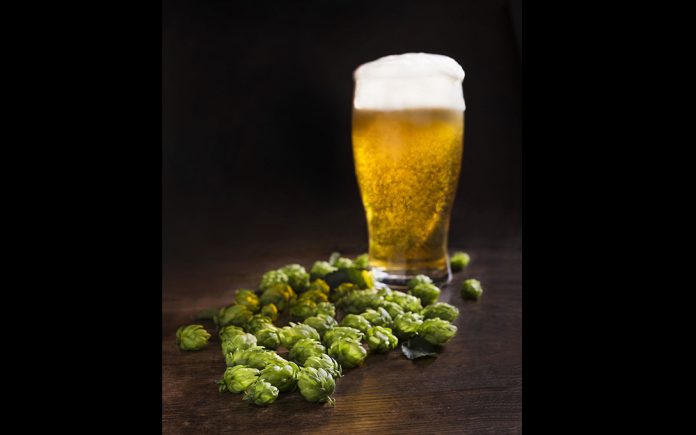 I wouldn’t go so far as to say that everything you think you know about IPA is wrong, but there’s a movement taking hold of the beer world that’s creating a whole host of new options for those who dislike the intense bitterness of old.

“If I wanted my beer to taste like flowers, I’d eat flowers” they say, “Brewers are just selling you juice for $15.” And my favorite, “Remember when beer tasted like beer?” As a hop advocate, I’ve heard it all before. Reasons why beer drinkers shy away from IPAs run the gamut; from issues with aroma, to taste, to presentation, to ABV, to sheer disdain for any beer style that takes attention away from Malt, the old-school beer drinker’s first love.

But one thing that gets lost in the conversation is how rapidly the IPA style is changing. I wouldn’t go so far as to say that everything you think you know about IPA is wrong, but there’s a fresh movement taking hold of the beer world that’s focused on flavor and defying conventions while creating a host of new options for those who dislike the intense bitterness of old.

IPAs changed the game for craft beer, and though they may not be the savior of the industry, nor are they the enemy. As far as taste goes, if you think you don’t like them, there’s a good reason. Hear me out as I present five issues you may have with IPAs, and how to get past them to find an IPA that fits your own personal taste.

If your intro-IPA was from San Diego ten years ago and you found its pine resin flavor undrinkable, allow me to introduce you to fruit-forward Hazy IPAs. Conversely, if you find recent New-England style IPAs to be too sweet or too thick, West-Coast IPAs have been wearing IBU’s and crisp malt bills like a badge of honor for the past five years.

One more thing; it’s time to stop using the word “hoppy” as shorthand for bitter. Today’s brewers are light years beyond that, using new techniques to focus on other flavors the oils in hops provide while achieving creative results. “Hoppy” today can mean notes of berries, melon, grapefruit, and more. Most brewers pushing the envelope with hops are specifically trying to reduce the perception of bitterness in their beers in order to bring those other flavors forward.

These days, no matter what you love about IPAs, you can find a beer that scratches that itch. Try beers from Green Cheek Brewing in Orange County for an example of how to master the aromatics of hops without adding bitterness. Or, ask Vinnie at Russian River in Santa Rosa how to capture the California pine forest in a glass. Both can be done masterfully and both qualify as IPAs, but they provide very different experiences to enable you to discover your palate rather than writing them all off.

Craft beer drinkers could go on for days about the unnecessary need for light beer drinkers to consume 12 pack of beer in a night. The key with aromatic, flavorful beers such as IPAs is to slow down the pace in order to sip & savor.  Beer doesn’t have to be chugged to be enjoyable, and if you must chug it to enjoy it, are you sure you even like beer at all? Craft IPAs are 1.5-2x as strong as your average domestic or imported lager, so drink them slowly and soak up that flavor.

3. You’re running with Double IPAs before you walk

Double IPAs are the bigger, meatier, fuller-bodied older brothers of IPAs, and tend to overwhelm the senses with their intensity. More alcohol requires more hops and more malt character to create balance, but the result can be jarring for the uninitiated. Aside from ABV, everything you love or hate about IPAs will shine even brighter in a DIPA, so if you’re dipping your toes into heavily-hopped waters for the first time, try a single IPA before jumping head first into imperial strengths.

4. Residual sugar or high ABV left you with a terrible hangover

Beer affects people in different ways, and this is one of the reasons why. I advise everyone to drink in moderation and consider all possible factors that can influence how you feel the next day. Any high ABV beer can affect your abilities after just one glass and any alcoholic beverage with a high sugar content is likely to make you feel the affects the next day. Also, factors like lack of food or dehydration can ruin whatever plans you had the next morning, as well. Please consider these factors when assessing your beer.

5. You think they are a bad because everyone is making them

I’ll level with you. Because IPAs are popular right now, there are tons flooding the market, and I’m not saying they are all good. Walk into any bottle shop, and if you don’t know the brewery, you’re basically just judging unknown authors by their covers and sticker price. Don’t let the popularity of the style deter you from realizing what it takes to appreciate a great IPA. Take pride in your abilities as a consumer, utilize one of the beer review sites available like UNTAPPD, and trust me when I say the world of hops can be a delicious one.