THE SOUND OF METAL

No, it’s not a musical, but this compelling, meticulously crafted film about Ruben (Riz Ahmed), a punk-metal drummer and former addict who is suddenly afflicted with a rapidly worsening hearing loss offers one of the most original sound designs you’ll ever hear. 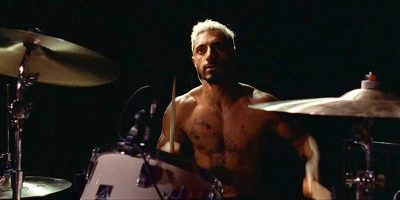 Ruben rightly assumes his music career — and accompanying life-style is over.  He and his band-mate girlfriend Lou (Olivia Cooke) -– a cutter — check Ruben into a secluded sober house for the deaf, hoping it will prevent a relapse and perhaps help him learn to adapt to his new situation.

However, after being welcomed into a community that accepts him just as he is, Ruben must choose between his new, fragile, equilibrium and his drive to reclaim the life he once knew.

Using a surprisingly innovative sound design, co-writer and director Darius Marder takes audiences inside Ruben’s experience in a way that vividly recreate his very personal journey into a rarely examined (on film at least) world.

This wonderful movie is essential viewing for all who considers themselves movie lovers. Solid acting and superb technical innovations underwrite a timely and potent message that’s rarely if ever illuminated in film.  It’s also one of the best movies of the year.

How rare indeed to find a thoughtful, intelligent film with something to say.

Certainly this is one of the most beautiful films recently released 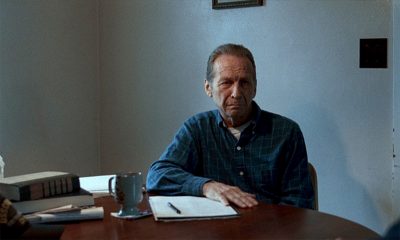 The story is not inspired by a real incident, but is based on Derek Cianfrance’s unfinished docufiction movie ‘Metalhead’, which also follows a metal drummer as he loses his hearing after his eardrums are ruptured by loud, super amplified performances.

At the remote communal facility run by Joe (an Oscar© worthy turn by Paul Raci), he says to Ruben that “deafness is not a disability or something to be fixed.” Joe wants Ruben to make peace with his new reality, but Ruben remains fixated on the idea of getting cochlear implants.  He cannot let go of how his life used to be.

Joe warns that his institution is “not about curing deafness but finding a dignified way of living” with the disability. After an emotional farewell, Lou leaves Ruben and moves back in with her father in Paris.

The first few days are tough for Ruben. He wants to run away and is tempted to again use drugs but he gradually finds meaning in his life in the simplest of music-related exercises he does with the young children there.

After struggling to communicate, Ruben learns ASA American Sign Language alongside the younger students.  A new world slowly presents itself to him.

Joe fails to grasp Ruben’s persistent desperation to reclaim his old life.  He still hasn’t given up on the possibility of full recovery.  Despite what the doctors have repeatedly told him, 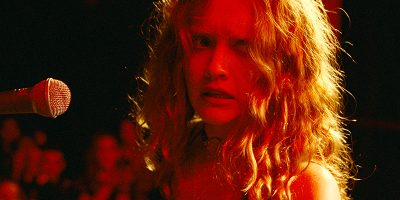 Ruben holds on to the belief that once he gets the surgery for implants, his hearing will return to normal – and so will his life. One day, after he discovers a video clip of Lou on the internet,

Ruben’s deep longing for both her and what she represents returns. He secretly finds an audiologist and sells his RV and all his music gear to raise money for the surgical procedure.

When Ruben tells Joe what has done, the older man is clearly disappointed. Drawing a disturbing comparison, Joe points out the similarities between the behavior of an addict and Ruben’s actions regarding his relationship with Lou. It’s a profoundly uncomfortable and accurate observation, something Ruben younger isn’t ready yet to accept.

Ruben asks Joe if he can stay at the facility until the implants are activated. Naturally, Joe again reminds him the facility was founded on the principle that deafness is not a handicap. If Joe allows him to stay there, it will send out a convoluted message, especially to the young children in the facility. As Ruben leaves and finds lodging at a motel, he is forced to come to terms with the notion that his own actions have led to this alienation.

When the implants are finally activated, Ruben’s disappointment is palpable. Until that point, he had somehow held on to the belief that he would get back his full hearing. But the high, screechy and distorted sounds he hears from the implants finally shatters his delusion, and he is left to wonder about the steep price he has paid for them. But his journey of self-discovery isn’t over. There is one more stop until it comes a full circle.

Ruben flies to meet Lou at her wealthy father Richard’s house near Paris where she has settled into a new lifestyle. Richard welcomes him and allows him to stay there. Richard confides in Ruben that while he did not originally like Ruben, he recognizes that Ruben has made Lou happy.

At a gathering, Lou and her father perform a duet, although Ruben’s implants prevent him from fully enjoying it. Ruben and Lou discuss the possibility of playing music and touring again. Ruben realizes this makes Lou anxious and tells her she saved his life. She tells him that he saved hers too.

The next morning, Ruben wakes up, takes his things, and leaves while Lou is still sleeping. Bothered yet again by the distortion, he sits down outdoors and removes his implants’ processors, and continues to sit, now in silence, fully in the moment appreciating the beauty of the world around him.