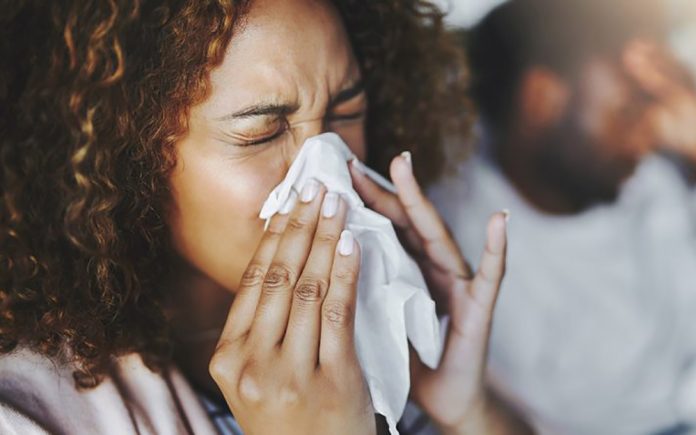 Flu season is approaching, so get ready! Last year the flu vaccine was only 29% effective and there were approximately 60,000 deaths in the United States due to the flu or flu related complications.

What is the difference between a cold and flu?

The flu and the common cold are both respiratory illnesses but are caused by different viruses, they can have similar symptoms but generally flu symptoms are more severe. Cold symptoms usually include head congestion, runny nose, sneezing and a cough. Flu symptoms generally include dry cough, body aches, fevers, extreme fatigue and sometimes nausea, vomiting and diarrhea. Colds usually do not progress into serious health conditions, but the flu may develop into pneumonia or other conditions that may require hospitalization.

Colds and flu are caused by viruses, not bacteria, thus they will not respond to antibiotics, so don’t go running to the urgent care for a Zpack.  In severe cases of the flu, a secondary bacterial pneumonia may develop that would require the use of antibiotics.

Can the flu shot give me the flu?

No, the flu shot cannot give you the flu. The most common side effects from the influenza shot are soreness, redness, tenderness or swelling at the injection site. A low grade fever, headaches and body aches may also occur, but these symptoms are not to be confused with actual influenza infection.

If someone actually develops the flu shortly after receiving the flu shot, that person may have been infected by the influenza virus just prior to receiving the shot. The person is getting ill from exposure to the flu before protection from the flu vaccine can take effect.

The flu shot is not 100% effective in preventing the flu. Its effectiveness varies every year, but generally it is only @ 60% effective. During last year’s flu season, that flu vaccine was only @29% effective. Every year a panel of experts decide on which flu strains may become predominant and formulate the vaccine. The experts make a scientific prediction on which flu strains will need to be vaccinated against. They of course don’t always get it right and sometimes the flu virus can mutate and change, rendering the vaccine ineffective.

Why not  just take antiviral medication if I get the flu instead of getting the flu shot?

Antiviral medications such as, Tamiflu, Relenza and Rapivab, are indicated for treatment of the flu. These medications need to be taken within the first 48 hours of developing the flu to be effective. If they are effective, they have only been shown to decrease the duration of the flu by 1-2 days. They typically cost @ $100 for treatment and are generally not covered by insurance. They are not without possible side effects; severe skin rashes, blistering, changes in behavior and more commonly nausea and vomiting.

Antivirals are indicated for people who are sick enough to be hospitalized with the flu, those with severe health problems such as asthma, pulmonary disease or heart disease, adults age 65 or older, morbidly obese and residents of nursing homes.

The flu vaccine is meant to prevent you from getting the flu, while antiviral medications mentioned above, treat you if you already have the flu.

How far away do I have to be from someone with the flu to prevent from catching it?

Infected people with the flu can spread it up to about 6 feet away. The flu virus is spread mainly by droplets expelled when people cough, sneeze or talk. The droplets can land in the mouths or noses of people who are nearby or possibly be inhaled into the lungs. Sometimes the flu can be contracted by touching a surface or object that has flu virus on it and then touching your mouth or nose.

To avoid catching the flu, people should stay away from sick people and please stay home if you’re sick. It is extremely important to wash hands often with soap and water for at least 20 seconds. Wash your hands as often as you can.  If soap and water are not available, use an alcohol-based hand rub or hand sanitizer. Napkins or towels, eating utensils, and dishes belonging to those who are sick should not be shared without washing them thoroughly. Frequently touched surfaces should be cleaned and disinfected at home, work and school, especially if someone has been sick.

When is a person considered  contagious ?

Most adults may be able to infect other people beginning 1 day before symptoms develop and up to 5 to 7 days after becoming sick. Children can pass the flu virus for longer than 7 days. A person can start to develop flu symptoms  1 to 4 days after the virus enters the body. A person can be contagious when they are sick and even before they develop symptoms. It is possible to be infected with the flu virus but have no symptoms. During this time, those persons may still spread the virus to others.