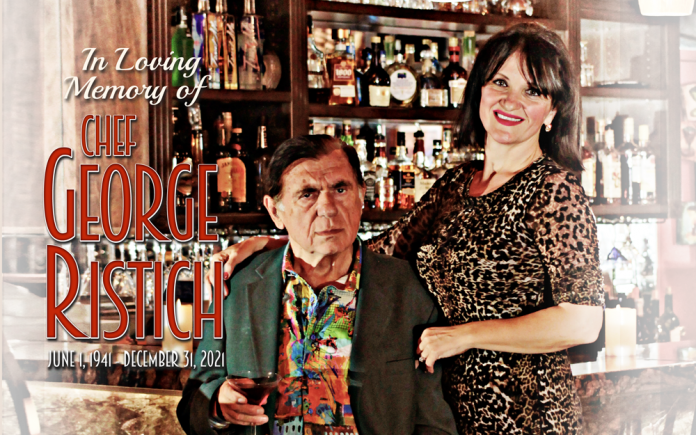 Chef George’s restaurant in Bermuda Dunes has been at the forefront of must dine at establishments in the Coachella Valley since it opened in 2003. The recent passing of its founder George Ristich on Friday, December 31st, 2021, has left a community of patrons and friends heartbroken, but no one as much as his loving, and devoted wife Lana. Theirs is a love story of true dedicated love, and admiration, one that made all those who knew them hopeful that true love not only was possible, but was being lived out in real time before their eyes. Like a story with movie script bones, their tale inspires the magic and belief that love can be found anywhere, when least expected, and can be life changing, and everlasting. 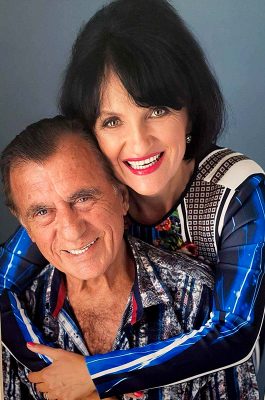 It was Valentine’s Day 2000 in Serbia. Lana was a Physical Rehabilitation Specialist Therapist at a hospital in Belgrade, when she met the man who would become the love if her life. George, a successful, and respected restaurateur in the U.S., was in Serbia to meet with President Slobodan Milosevic, the president of the country at the time. George was meeting with him, as he had interested parties from Las Vegas, who wanted to build a Euro-Vegas in Montenegro, and George was their connection to the government. But three days before George was to meet with the president, his back went out, and was in need of immediate help. That was when Minister of Defense, Zivota Panic called Lana at the hospital, and asked her to see George, “Lana, we have a very important guest from America, and he can’t move, you have to help him out because he has an important meeting with the president”, he implored. Panic, was a patient of Lana’s, and knew of her expertise.

George arrived at the hospital and could barely walk. Lana worked with George for two hours, helping his back to the point where he was able to walk again, “This is a miracle!” George exclaimed. Afterwards, they went to the hospital cafeteria for coffee, and conversation. A couple of hours later, George proposed to Lana, “Yes”, she said jokingly, “….but no politics”. They saw each other a few more times before George went back to the U.S., and Lana was sure that she would never see the charismatic man again, but fate would prove her wrong. A week later, Lana received a call from George’s secretary, asking Lana for her passport information. Lana was amazed at the call, and wasn’t quite sure what was transpiring, but she trusted George, and knew in her heart that she was meant for him, and him for her. 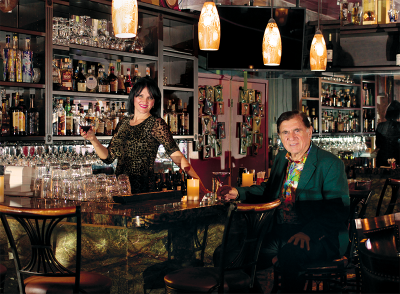 George came back to Serbia for another visit with Lana, a week to spend with her, chaperoned by her friends so that they could meet George, and give their blessing. Her friends, like most people who met George, fell captive to his charm, and approval was given with overwhelming zeal. The course was set for Lana and George to be together. However, the road to their union would hang on the necessity of getting a tourist visa for Lana. At the time, there was not an American embassy in Belgrade, and Lana had to travel to Budapest. She, along with 500 others, waited outside the embassy. Lana was called in first, and spoke to one of the representatives who asked her, “Who is George Ristich to you?”, “He is my patient”, she answered. They didn’t ask her anymore questions, and asked her to return that afternoon to pick up her visa. She was in shock, as America had only been an intangible fantasy to her in the past, and now not only was she going there, but going there to be united with the man of her dreams.

In June 2000, Lana landed in Los Angeles, and there was George waiting for her, welcoming her to the America, and into his life. George whisked Lana off to Las Vegas, where she was dazzled by the bright lights and glitz of the city, she could not believe that she, a girl from Yugoslavia, was living the life that was now hers. After Vegas, Lana became part of George’s restaurant in Newport Beach, George’s Camelot, where she learned how to speak English, and the restaurant business. On their down time, George and Lana would take adventures, traveling around the United States, racking up 60,000 miles in one year, Lana was the happiest she had ever been. In 2003, the couple moved to the Coachella Valley, and opened Chef Georges. One morning, George surprised Lana with an array of red roses (the Mr. Lincoln variety which are her favorite and smell the best) they were all around her, everywhere she looked, and she was overwhelmed with the love that George showered over her. Every day since, George would awake Lana with a red rose, and coffee. They would have their own “board of directors” meetings in the morning, just the two of them to talk about the business of the day, their goals, dreams, and to just be in each other’s presence. 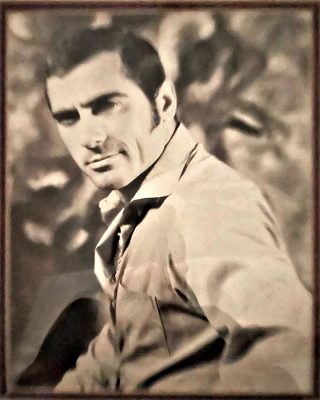 Wherever they went, be it to the store to pick up provisions for the restaurant, or to Hawaii on vacation, all that mattered was that they were together. He was everything to her, and her to him. He was her best friend, husband, lover, and confidant, giving her the ultimate in unconditional love, and she thanked God every day for him, “I was so proud of him, he spoke five languages, and had friends all over the world, and everybody loved and respected him”, she said. It is easy to find those who loved George, such as entertainer Marc Antonelli, who performs at Chef George’s Picasso lounge, “His love, guidance, life lessons, kindness, and the incredible stories of his life that he would share with all of us were one of a kind”, said Antonelli. Michael D’Angelo, who also performed at Chef George’s said about George, “He was larger than life, such a wonderful person who we love and who will be greatly missed”. Former employee Colette Del Braccio-Stanley said, “The world was a better place with George in it, he was loved by all, soft spoken, but commanded attention”, and long-time employee Brooke Walker commented, “George was an amazing man, chef and husband to his wife Lana, the love they had for each other gives hope that real love still exists”. 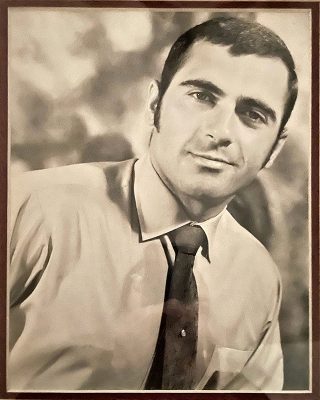 On a personal note, I had the pleasure of knowing George and Lana for many years, first as an employee many years ago, and later as a friend. They are like extended family to me, and George would always impart such wisdom, helping me though life’s hiccups. Like others, I was always in awe of the love that George and Lana shared, and it was beautiful to watch. It was almost as if you were special just to be in the presence of such human admiration, it was an honor. The legacy for George is not only his restaurant, but more importantly the love that he shared with all who knew him. For Lana, the red rose bush that he planted in their backyard will continue to grow, as the love that they shared, everlasting, and undying. For the love of George, RIP.