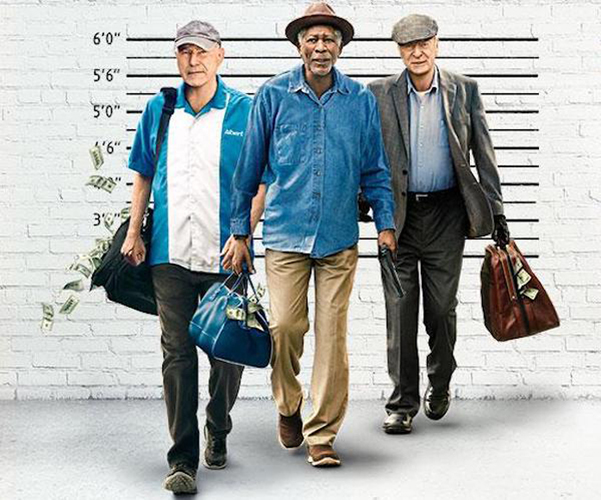 The real – and only attraction here is the great cast.  But other than that, the film is a let down – especially if you were expecting big laughs from a crude and rude storyline.

This update of 1979’s eponymous movie about three “mature” men-and-a-bank-robbery caper is no bargain, even though the A-list senior cast members are a tad older than the lead actors in the original.  Morgan Freeman’s 79, Alan Arkin’s 83, and Michael Caine is 84.  In the 1979 version, George Burns was 83, Art Carney was 51 and Lee Strasberg was 78.  The new update is allegedly more about how our seniors are treated today as opposed to just a sad commentary about old age and retiring.

I must say, it’s great to see these 3 iconic actors onscreen together, (along with Ann Margret); it’s just too bad the screenplay did not provide them with much to do – but I doubt that any actor could save this tired retread.  Director Zach Braff gets all the mileage he can from Ted Melfi’s pedestrian screenplay. 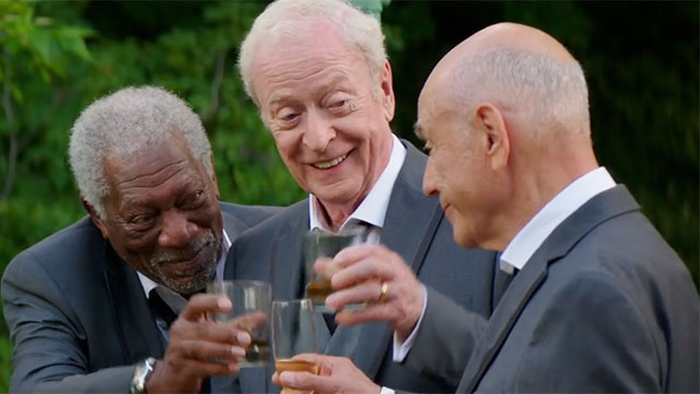 I like the idea that these three desperate geezers band together to rob the bank that “stole their money.  All they want is to pay their bills and come through for their loved ones.

What’s the theme here?  I’m not sure.  All I know is that I did not feel emotionally satisfied at final fade out.   Nothing was really at risk, lost or learned.   Sad really, three beloved and sublimely capable actors have been left high and dry with no one to play. 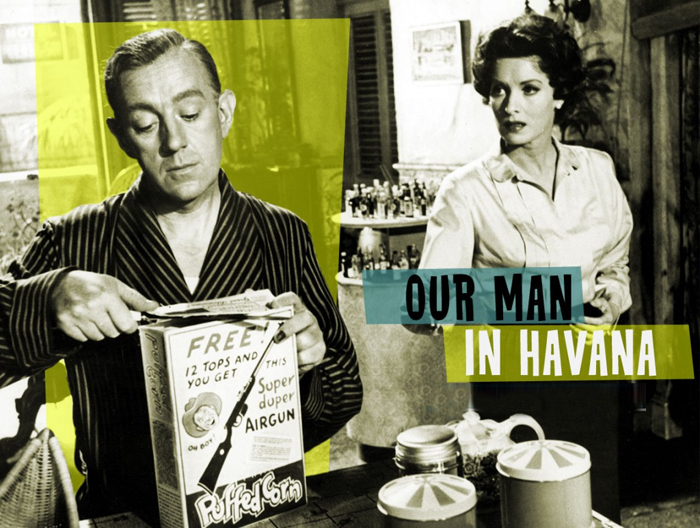 Now in lustrous black-and-white Cinemascope hi-def from the “Fallen Idol” and “The Third Man” collaborators Carol Reed and Graham Greene comes this adroit, and sly but impious farce about espionage agents bumbling and stumbling through the torpid Cuban night.  A droll Alec Guinness stars in this absurdly hilarious take that reminds of the Coen brothers -– but better.

The great Graham Green adapted the saucy screenplay from his own novel.  The singular Alec Guinness is perfectly cast as a vacuum-cleaner salesman in pre-revolutionary Cuba who is bizarrely recruited by Noel Coward no less as a British Intelligence spy.  As his imagination turns out to be more highly evolved than his espionage skills, the plot thickens.  The fabulous cast includes Burl Ives, Maureen O’Hara, Ernie Kovacs and Ralph Richardson.  The film, beautifully directed by Carol Reed, is his third collaboration with author Greene.  A big plus is the evocative Cuban locations thanks to the full permission of Fidel Castro that was obtained just two months after the fall of the Batista regime!

Time Out London said: “…the film cleverly captures the confusion of optimism, cynicism and money grubbing greed…” of the era.

Only 3,000 units of this limited edition are available and they will be gone soon.  For more info, go to: www.screenarchives.com  Twilight Time Movies.  Blu-ray. 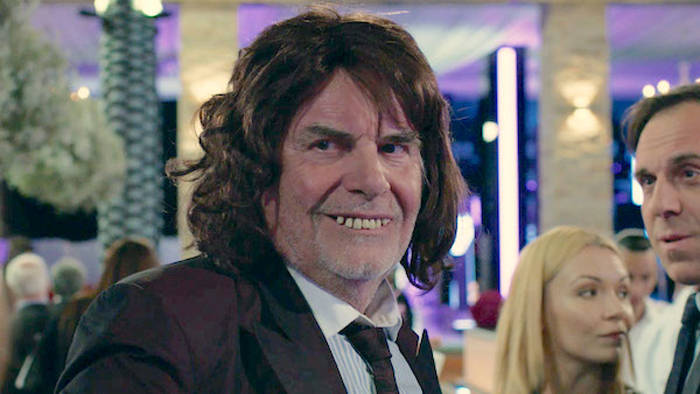 Nominated for Best Foreign Language and winner of the Independent Spirit Award for Best International film as well as 5 European Awards, including Best Picture, is now available for home consumption.

This critical and audience favorite, directed by Maren Ade features a strong and unforgettable performances by Peter Simonsischek and Sandra Hüller as a father and daughter trying to rebuild their estranged relationship.  This hilarious, unsettling yet satisfying film won the Fipresci Prize at last year’s Canne Film Festival and was named “Best Film of the Year” from a host of highly regarded international publications including Sight and Sound, Cahiers du Cinéma and Film Comment.

Winfried rarely sees Ines since she left for a high-powered corporate job.  So when he drops by for a visit, the two quickly find themselves at odds as his quirky antic s clash with her slick lifestyle.  Determined to be part of her world, Winfried reappears as alter ego “Toni Erdmann, an outrageous life coach who turns his daughter’s career plans topsy-turvy.  In the course of all then craziness, the two discover that maybe they have more in common than they imagined.  A fascinating extra is a commentary with Simonischek and Hüller.  Recommended.  Sony.  Blu-ray.