THE TROUBADOUR EXPERIENCE, CELEBRATING THE MUSIC OF GEORGE STRAIT 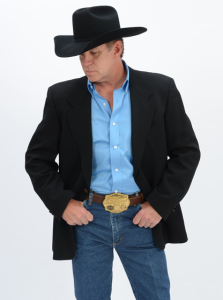 The concert honors one of country music’s most legendary musicians, George Strait. With over 60 chart-topping songs, The Troubadour Experience features authentic performances of Strait’s number one hits, such as “Fool Hearted Memory,” “All My Exes Live In Texas,” “Ocean Front Property,” “The Chair,” “Here For A Good Time” and many more. Along with incredible vocals, the band also showcases a fiddle and pedal steel guitar to complete that good ole’ country music sound.

For George Strait fans and country music lovers alike, The Troubadour Experience on Saturday, May 23 at 8 p.m. is a must see show for only $20 per ticket. Tickets are available at www.Spotlight29.com, Star Tickets (800) 585-3737, or the Spotlight 29 Box Office and Gift Shop. Doors open at 7 p.m. The show starts at 8 p.m. 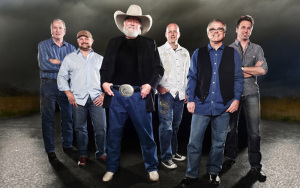 Daniels is best known for “The Devil Went Down to Georgia,” which won a Grammy for Best Country Vocal Performance by a Duo or Group in 1979, in addition to Single of the Year at the Country Music Association Awards. The single not only topped the country charts but became a major crossover hit on the pop charts as well, and became the cornerstone of the top-selling Urban Cowboy movie soundtrack.

Over his 50-year career in the music business, the celebrated artist has been inducted into the Grand Ole Opry and Musicians Hall of Fame, earned the Pioneer Award by the Academy of Country Music and has a spot on the Music City Walk of Fame.