Gina Carey wears too many hats to name. The multi-faceted soul singer/songwriter and film producer/director is CEO and owner of Gina Carey Films. Carey tackles subject matter that is sensitive and heart wrenching as well as pertinent and triumphant. Her voice and stories will prompt you to feel and contemplate. For these and many other occasions, Carey has been chosen as one of Coachella Valley Weekly’s Top 12 Most Interesting & Influential Women of 2016. Many are proud Carey calls the Coachella Valley her home. She is confident in her abilities and shows conviction in her actions. Her husband John Carey is her forever supporter and collaborator. CV Weekly chatted with Carey about her belief system and all things film and music.

First and foremost Carey is a believer. She walks in faith and not by sight; hence her decision to represent the Coachella Valley Rescue Mission in honor of this achievement. “The CVRM is the charity I want to represent because I feel that one of the greatest things we can do is take care of those who are without, both physically and spiritually. I have to say, without God, I could not have achieved any amount of success in anything I’ve tried to do over the years. It was His favor and grace that allowed me to become successful in all my efforts.” Led by her principles Carey has been blessed with honor after honor. 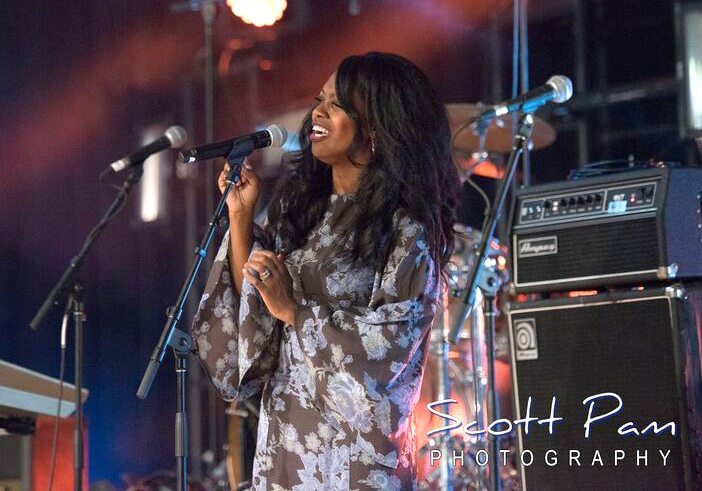 Winner of the Coachella Valley Music Award for ‘Best Contemporary Artist’ in 2015 & 2016, Carey has over 12 albums recorded and has had three #1 singles on the UK Charts since her professional career began in the mid-90’s. “I began my journey in 1996 as a signed recording artist with over ten thousand CD’s sold nationwide. After the label folded, I took my career into my own hands and became proactive. I started my own record and publishing company ‘Gico Music.” Carey is also the winner of the ‘2012 Marker Broadcasting Jazz Artist Award.’ She has her hand in all the pots as executive producer of all creative arts projects she’s involved in. Crossing over into film was inevitable.

Carey is currently premiering her most recent film and documentary, ‘Aspire to Inspire’. It follows the story of five individuals who share their testimonies of triumph over tragedy. “I’ve written, directed and produced 3 theatrical live stage plays and since October 2015, I’ve written, produced, directed, edited and was the cinematographer of two full length feature fiction, suspense dramas and one documentary. Between the two films, I’ve received four official selections into film festivals and won one of them. Currently I just finished my latest film ‘The Assumptions,’ which is due to premier in February 2017. The film will be released under my film Company ‘Gina Carey Films.’”

“Gina Carey Films is a film company that produces family friendly, inspirational and Christian based cinema. No profanity or sexual content in my films. My heart is to create opportunities for up and coming actors and actress who need a platform to express their creative arts. I also mentor aspiring filmmakers. Recently, I launched the Coachella Valley Independent Film Makers and Actors Network, where we meet once monthly and make contacts.” Carey’s philosophy is based on being an example to others by modeling forward-looking behavior and leadership.

Carey counts “hard work, consistency, patience, true love for humanity and kindness towards others” as her mission statement. “I never reach for success or acceptance, instead I allow love for people to motivate all that I do looking for nothing in return and if God’s will states for me to go further, I will go. If not, God’s will be done in all things. I’m ok with His decisions for my life always. I move but He opens the doors.” Carey has walked through the right doors at the right times.

Her big city beginnings have also given her perspective. “I’m from Chicago, I didn’t get a chance to know my extended family as well as I would have liked. However, I am the middle child of four girls. Our family was very small pretty much just us. I do have a 25 year old son. With time, I learned that family is not necessarily the ones who share the same DNA, but those who love you and are there for you as you go through life. Carey’s husband is a master guitarist and vocalist. He is also her muse and full-time accomplice. “He is one of the best guitar players I’ve ever seen in my life! My favorite band is John’s band The Smooth Brothers. Having date day with my husband is the best. We like to go to the movies and lunch at least once a week. I look forward to that time with him as we are both busy people. My friends have become my family. So I guess I can say I have a big family that loves me. My heart is to simply help whoever I can. That’s what I plan to continue to do until the lights go out.”

Carey’s father was her biggest advocate. “I would have to say my dad was my hero. He was one of the most motivated individuals I have ever seen in my life. I watched him achieve so many goals. He never became a rich man off of any of his own efforts but was one of the happiest and loving people I have ever encountered. I watched him and what a great example of family he was all wrapped in one package. He supported every dream I had through his loving and encouraging words. I lost him to cancer just a little over three years ago but his legacy will live on through me.” Carrying on the message of hope is a theme in the Carey household. 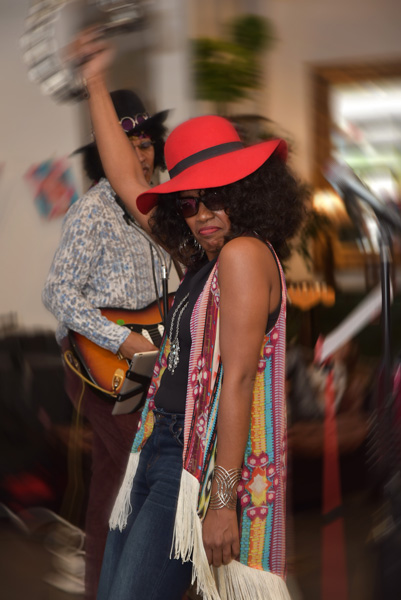 Carey shared some nuggets of wisdom with us. “I would like to say that you should never stand by and wait for someone else to jump-start your dreams. Be interactive with your life’s goals and be brave enough to take baby steps on your own. If it’s something you don’t know how to do, Google it, YouTube it, book store it. You are just as capable as any other person to gather the tools you need to achieve your goals. Never consider or make excuses because of your age, lack of knowledge or lack of finances. Be patient with yourself and take the time to become a one person band if need be. Never start your journey off in competition with millionaires, just be realistic as to what you have to work with and start from there. If you put one foot in front of the other, eventually you will get to the other side of the room.”

“Never give up. Keep looking straight ahead. Don’t let the everyday hustle and bustle of paying bills stand in the way of taking some time out of your life to peruse your God-given purpose. No more excuses. Live your dream or die trying.”