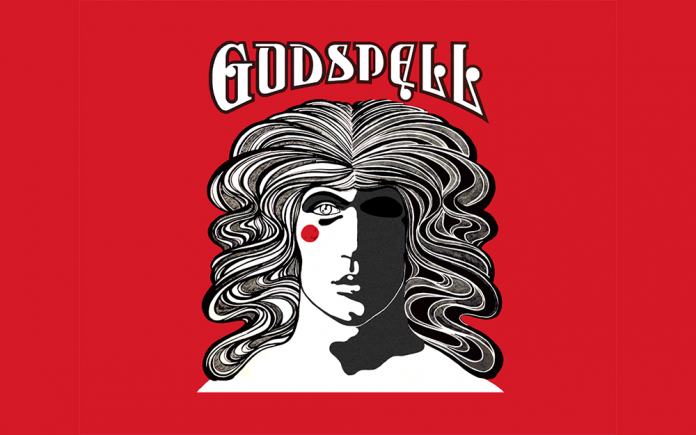 1971 was a year of yearning for change, peace and love. The U.S. was still embroiled in the Vietnam War, protesters and peace seekers filled the streets.  Billy Jack, a movie about tolerance and acceptance, (accomplished through lots of violence,) was the #1 film of the year and the iconic sitcom “All in the Family,” had its television debut, bringing never before heard topics to the small screen, (such as rape, racism, religion, homosexuality, breast cancer and miscarriages.)  And opening off Broadway that year was John-Michael Tebelak’s, Godspell.  Originally written as his Master’s Thesis at Carnegie Mellon University, after graduation, Tebelak teamed up with mega award-winning Composer/lyricist Stephen Schwartz and created a musical that became symbolic of the 1970’s culture.  Schwartz, an Oscar, Grammy, Golden Globe, Tony, winning artist, composed some of the decade’s most memorable music and the music from Godspell was certainly on that list

John-Michael Tebelak first named the show The Godspell, using the archaic English spelling for gospel, which means good news or good story. Before it opened off-Broadway the “The” was dropped.  Its central themes of forgiveness, mercy, kindness and community, really do stand the test of time, regardless of what your individual beliefs are.

Opening July 8th and running through July 17th, Godspell is currently in production at the Palm Canyon Theatre in Palm Springs. This fun musical energizes and spreads its fun magic across the stage, as a parable about the Bible’s book of St. Matthew and gives much more easily digestible, teachings of Jesus.

I first discovered this gem when I was 12 years old.  Our seventh-grade production of Godspell was the first play that I ever directed.  (I should probably be honest in giving my teacher Miss Laszo the directing credit, but she was generous enough to let me believe that I was at the helm.). I fell in love with Schwartz’s music and still drift off in a haze of fun memories when I hear “Day by Day,” (which reached #13 on the Billboard Pop Singles chart in 1972.)

Six of Godspell‘s song lyrics, including the hit “Day by Day,” and “Turn Back Oh Man,”  are actually taken straight from the text of the Episcopal Hymnal. Schwartz, liked the idea of dusting the cobwebs off some of those stodgy hymns and giving them new melodies with a catchy seventies pop vibe that would leave audiences singing them, as they exited the theatre.

The Palm Canyon Theatre’s Godspell cast features a young cast of absolutely stunning talent.  Noah Arce as Jesus was mesmerizing.  Charming and personable, it was easy to see why he was cast as the religious philosopher.  Leslie Benjamin, doing her best Mary Magdalene style, really demands that all eyes are firmly on her, as she enticingly makes her way through the audience singing, “Turn Back Oh Man,” in a sexy, sultry fashion, that rivaled Sonia Manzano, who originated the role.

Musical Director, Jaci Davis, beautifully leads the orchestra on piano, along with drummer David Bronson and Bill Saitta on Bass.

This all-ages show was once considered controversial because of its unconventional portrayal of Jesus Christ. When Godspell was first performed, it was considered by many to be shocking, because of its hippie-style approach to Jesus and the Bible. It was deemed blasphemous.  While it is still the same script and the show is most certainly filled with biblical reference and quotations, the approach has been made more contemporary and relatable under Richard Marlow’s skillful direction.

Regardless of personal beliefs, Godspell is a genuinely good hearted and a feel-good show.  Palm Canyon Theatre, has once more done what they do best, by presenting a talented cast, a well written classic script and a theatrical experience that will remind you of what great theatre looks like. Go and enjoy a night of pure talent.