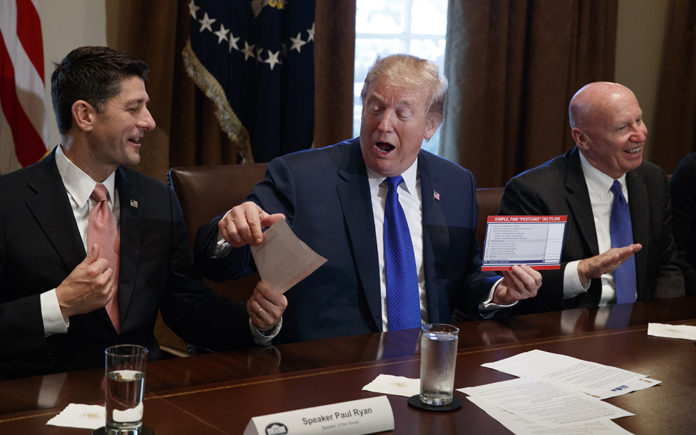 The Republican Party proposed the Tax Cut and Jobs Act (TCJA) last week.  If approved, taxes will be reduced by $1.51 trillion over the next ten years.  While there are many pros and cons to the plan, let’s look at the bill as proposed:

Increases the standard deduction to $12,200 for individuals and twice that for couples while limiting state and local tax deductions to $10,000 per person.

These increases in standard deductions may cause charitable giving to go down as most people will have lower adjusted gross income making this tax loophole less valuable to many.

Currently, a home owner can exclude $250,000 (twice that for couples) of profits on the sale of a home.  Going forward, the homeowner would have to live in the home for at least five of the preceding eight years to get this tax break.

When it comes to divorces from 2018 on, alimony will no longer be tax deductible.  Those divorced before that can continue to receive the tax break.

The tax deduction that grandparent’s get for funding a grandchild’s education will go away.

As large corporations have trillions of dollars held offshore, the United States wants those assets to return home.  As such, there will be a one-time 5% tax on non-liquid assets and a one-time 12% rate on cash.

Companies can expense the cost of business investments in the year incurred.  In the past, that expense had to be deducted over the life of the investment.

Universities with endowments of more than $100,000 per student will pay a 1.4% excise tax on net investment income.

Eliminates the tax deduction on interest paid on bonds for the construction of sports stadiums.

Generally stated, these changes are good for people residing in low tax states and potentially bad for those of us in high tax states like California.

As wealthier Californians will be most affected by the bill, those who own businesses can avoid potential personal income tax increases by contributing up to $59,000 per year (individual, twice that for couples) via deferred compensation plans.

While this is the basic construct of the Republican tax cut package, expect changes as the bill winds its way through the halls of Congress and the House of Representatives.

Haddon Libby is the Managing Partner of Winslow Drake Investment Management.  For a free assessment of your investment portfolio, contact Haddon at 760.449.6349 or HLibby@WinslowDrake.com.  For more information, please visit www.WinslowDrake.com.