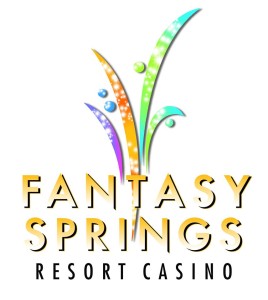 Chart-topping San Francisco-natives Train will bring their vast catalog of hit songs to fans at Fantasy Springs Resort Casino on Friday, November 6 on the Special Events Center stage. The Grammy and Billboard Award winning band will play tracks from their newest album, Bulletproof Picasso, including the top 10 radio single “Angel in Blue Jeans,” along with their many hits and fan favorites from the past 20 years.

Bulletproof Picasso – the band’s 7th studio album – debuted at #5 on the Billboard Top 200 upon its September 16, 2014 debut and earned rave reviews. Billboard’s Richard Bienstock says the band’s “wholehearted embrace of pop has unshackled Train, allowing it to revel in anything-goes stylistic tourism” that all feels “oddly cohesive, with the band’s rocker roots showing an impressive pliability to move within pop’s boundaries.”

The climb to the top began in San Francisco in 1994. Train’s original 5-member band tenaciously built a loyal following, leading up to their own self-titled debut album, released by Columbia in 1998. The tumbling wordplay of “Meet Virginia” gave them their first unlikely radio hit, with 2001’s Drops Of Jupiter garnering multi-platinum status thanks to the double-Grammy winning title song that spent 10 months in the Top 40. The song garnered the Best Rock Song trophy by beating out Coldplay and two U2 songs.
The group won another Grammy in 2011 for their global hit “Hey Soul Sister,” the #1 best-selling smash and most downloaded single of 2010, from their multi-platinum album Save Me, San Francisco. 2012’s California 37 album launched the hit “Drive By,” which reached the Top 10 in 13 countries. They’ve sold more than 10 million albums worldwide, more than 30 million tracks, with multiple platinum/gold citations, including 3 Grammy Awards, 2 Billboard Music Awards and dozens of other honors. Additionally, Train’s award-winning Save Me, San Francisco Wine Co. has recently released their 6th varietal, ‘Bulletproof Picasso’ sauvignon blanc. Proceeds from the wine support Family House, a San Francisco charity that supports families of children with cancer and other life-threatening illnesses.

Train will also be a part of this year’s Macy’s Thanksgiving Day Parade! Tune in to NBC on November 26th as they ride along with Ocean Spray from 9am-noon. 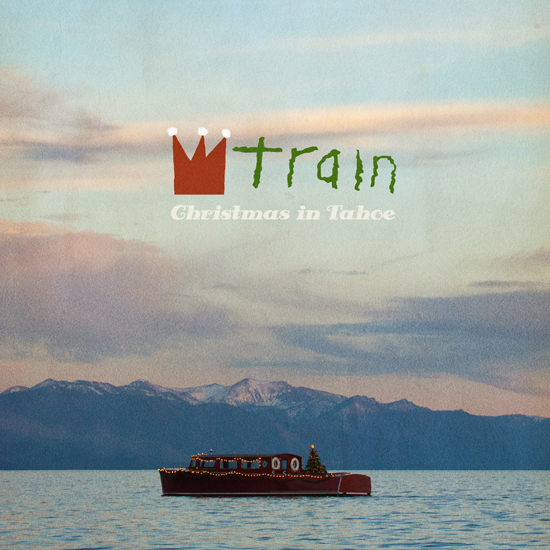 Train will bring their first-ever holiday album exclusively to Amazon Prime members in the U.S and U.K. to stream ad-free on Prime Music, at no additional cost to their membership. The highly-anticipated album, Christmas in Tahoe, features 15 holiday-inspired tracks and will be available for digital download exclusively on Amazon; the physical CD’s deluxe version with all 15 songs will also only be available on Amazon. Customers can pre-order the album in digital or physical format now, and listen to every song when it releases on November 13. To pre-order visit amzn.to/1MAX7PD.

In 2013, frontman Pat Monahan started a podcast called Patcast where he interviews different people in the music industry, and talks about his work with Train. Check it out at: soundcloud.com/patcastbypatmonahan.

This week Monahan took time out of his busy schedule to chat with me by phone and answer a few questions.

CVW: I love your new video for “Angel in Blue Jeans” that features Danny Trejo lip-synching to the song. The song has a spaghetti western sound and the video has a real Quentin Tarantino feel to it. How did it come about that Trejo is in the video? Was he a friend of yours?

PM: I wasn’t friends with him before the video. We just asked him. Sometimes you just have to take the chance to reach out and ask this great iconic actor to be part of something. We’ve become friends since because he’s just a lovely guy. He’s such a pro and seems very intimidating, but he’s the sweetest guy ever.

CVW: I noticed that in your last few videos you have a lot of famous actors in them.

PM: Well that’s because I’m trying to be in the videos less. I’ve been in enough videos at this point I’d rather let the actors do it and me just sing the songs.

CVW: You’ve had continued success since you started out back in the late 90’s with chart topping singles from all your albums. What do you attribute your success and longevity to?

PM: I think I’ve just always tried to be myself and not really apologize for the songs that I write. I’m really appreciative of Train fans. At this point many of them have become friends and we Instagram and message each other and I think that’s really important especially now in the entertainment world to not just connect with your fans but connect in a profound way.

CVW: So what’s the formula that works as a band being together all these years?

PM: That’s a good question. Hmmm. I think that it’s important that the people in your band are people you want to spend time with. At this point I’m not trying to prove anything to anybody anymore and we’ve made a good career together as a band. So I’m on stage with the people I enjoy being with the most except for my wife and kids.

CVW: So the first time I interviewed you back in 2002 I didn’t know that you were born and raised in my hometown of Erie, PA so I have to bring that up. Do you still have a home there?

CVW: (This is where we realize that we both went to the same high school although it was 10 years apart.) So what would you say has been the favorite part of your career so far or the most meaningful accolade?

PM: I think that the success of “Hey, Soul Sister” was maybe where I felt like nobody thought I’d be able to come back from nowhere and have that kind of impact. That was a pretty magical moment for me because it felt like I had proven to myself that I could still do this and that was important to me.

CVW: So can you share the difference between recording and touring with the band from when you did your solo record?

PM: Well the solo record was great and it was not so great at the same time, because if I ever make a solo record again I would want it to NOT be what Train would do. And I think my solo record was still like a version of what Train would do. And the reason I did it was filled with the wrong intent. I think I did it just to get away from those guys at the time (laughing). And it gave us enough time away from each other to come back and say ‘hey, maybe we have something special here so let’s figure it out.’ If I do a solo record again it will be totally different and filled with country or something like that.

CVW: So how has your songwriting process and style changed over the years?

PM: Well, the first album…like my wife’s mom says ‘I’d like for you to get back to the feel of that first album.’ And it’s true, “Meet Virginia” had that slower tempo and maybe it was more indie-rock and that’s definitely her style. But I think that over the years if you still want to be heard you have to make pop music. I try to be a combination of both and still be who I am in my roots, which is an indie rock guy, but at the same time make pop music.

CVW: Well you have been able to evolve and stay on the charts so that’s not a bad thing.

PM: Thanks. Well, I’ve got a long way to go, but I think that once a veteran musician starts to “poopoo” current music then you’re in trouble. For me to compete and do well I have to understand what’s going on in music now. And there’s some really cool stuff going on in music right now. And I want to be a part of it.

CVW: So how do you keep it fresh when you’re touring and playing the same songs that you’ve played for years?

PM: Well we never get bored with any of the songs. We try to keep an eye on the crowd and what songs they want to hear. And sometimes they might be songs that weren’t even hits. So we gravitate to the audience response.

CVW: So I heard about you being the house band for Howard Stern’s 60 birthday party last year. How did that come about?

PM: We’ve been friends with Howard for years and he’s been very kind to me and supportive. He’s helped me through not so easy things and cheered me on. So they reached out to our manager and said ‘hey we’re thinking about doing something really different with a bunch of artists performing and how would you feel about Train being the house band?’ And I said ‘yes, whatever Howard wants…I’ll do a striptease if needed.’ (laughing) I got to bring my father-in-law to that so it was an incredibly memorable time. I reached out to Howard the next day and thanked him and said we should do something like this every year and he was like ‘man that could never be repeated, it was so awesome.’ And he was right.

CVW: So you’re going to be performing in the Macy’s Thanksgiving Day parade and you’ve got a Christmas album coming out. Can you share a bit about that?

CVW: So what do you do in your downtime to have fun?

PM: I don’t have much downtime and I actually try to write songs in my downtime (laughing) and I try to be a reasonable husband and father and maybe play a little golf in between. 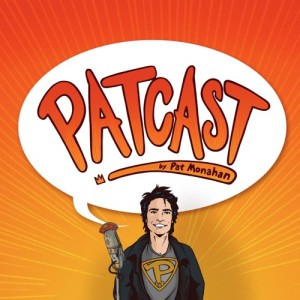 CVW: You also have your own Podcast show called Patcast for about 3 years now. What made you start that?

PM: It’s been awhile now. I’m getting tired so I’m not sure how much longer I’m going to do it. I also do a radio show on Sirius XM The Pulse and that takes a lot of energy. I’m trying to figure out how to do both but it’s getting harder. I wanted to do a Podcast because usually when musicians are around each other we’re all so self-conscious and self-doubting that none of us ever speak to one another. So I thought a way around that was to create a safe environment where I get to meet these artists and talk to them. And I’ve gotten to meet some really cool people doing it.

CVW: So out of everyone that you’ve interviewed who was your favorite?

PM: Ahhh, that’s a hard one. I think my favorite interview might be Tom Arnold. He was the easiest and he’s so good at it. He has such incredible stories. But I’ve done over 140 so it’s hard to just say one.