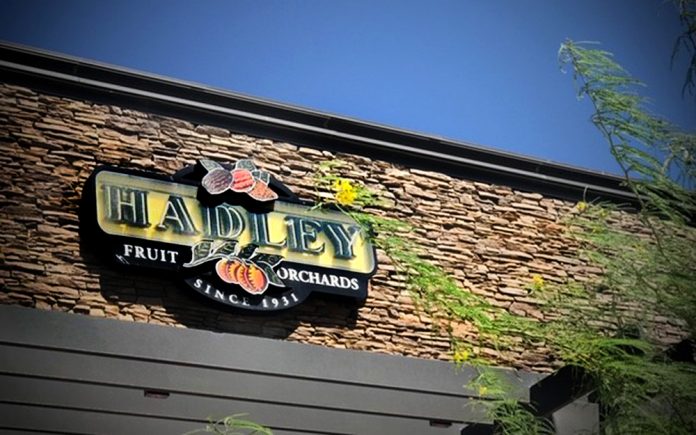 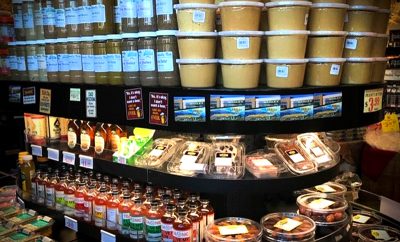 Two years later, the building burned down. Underinsured but undeterred, Paul bought a pair of World War II-era tarpaper Army barracks and reopened in Cabazon on two acres of land he leased for $50 a month. To attract desert travelers, he dotted approaching highways with colorful, hand-painted plywood signs, offering 5 pounds of dates for $1 and all-you-can-drink fresh lemonade for a quarter.

Slowly but surely, the business took off. When Interstate 10 came through the area in the 1960s, Paul bought property near the freeway and built a new Cabazon store, which soon became famous for its delicious date shakes, wholesome organic foods and generous free samples. 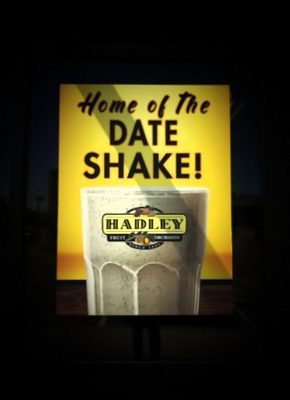 As the number of loyal customers swelled, so did the variety of merchandise. Hadley added butters and jams, fresh fruit, cereals and grains, candies, home-baked bread, vitamins and a selection of wines made from organic grapes. When Paul became dissatisfied with the quality of dates from his suppliers, he bought 210 acres of date orchards and grew his own. He also developed an exclusive beehive venture that enabled the store to sell about a ton of honey per day by the 1970s.

With his trademark straw cowboy hat and bolo tie, Paul Hadley Sr. was a master merchandiser whose handmade signs, copious free samples and health-oriented products turned his rustic stand into a multimillion-dollar retail and catalog empire.

In 1978, he sold the packing plant and retail operations (including satellite stores in Carlsbad and Hemet) and retired. Two decades later, in July 1999, the Morongo Band of Mission Indians purchased the stores and mail-order business.

Even before buying the operation, Morongo had longstanding ties to Hadley Fruit Orchards. After Paul Hadley shifted operations to Cabazon in the 1950s, some tribal members worked for the company, and Hadley often provided tribal members with fruits and dates. 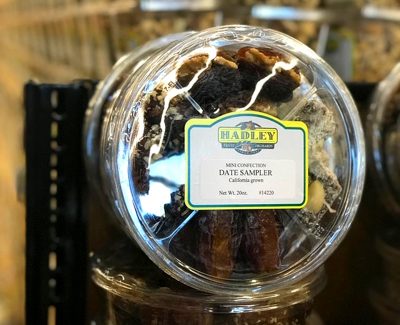 Today, Hadley Fruit Orchards continues its commitment to excellence. The Morongo Band of Mission Indians strongly believes in Hadley’s mission to provide top-quality dates, dried fruits, nuts and gifts, as well as stellar customer service. In August 2015, Morongo broke ground on a new flagship store next to the current location, which will feature expanded product lines that honor and preserve the spirit, traditions and customer service that made Hadley Fruit Orchards famous and beloved.

Think Travel and Enjoy the Journey