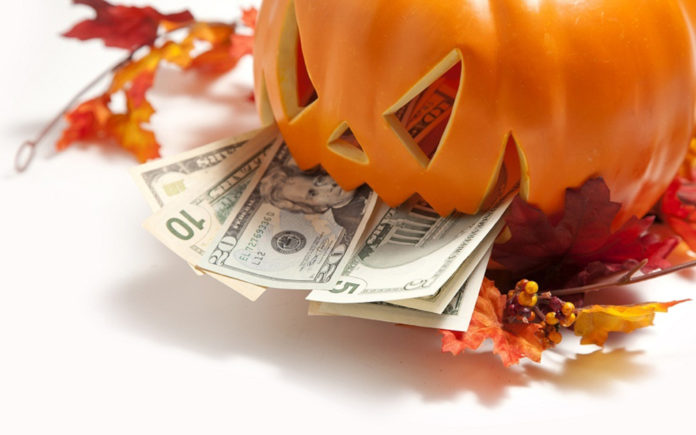 The recent drop in the stock market spooked investors and left many fearful of another Great Recession.  In trying to discern uninformed fears and personal biases from objective realities, a review of the facts should help us in deciding how to best adjust our investment plans.

Let’s start with a key economic truth – it is virtually impossible for a recession or stock market crash to occur while experiencing one of the strongest economies in fifty years.

Another truth is that economic expansions inevitably slow.  Slowing and crashing are quite different events.  When we think back on the economic collapse of 2008, it was caused by large increases in home values as a result of years of loan fraud begun under the Clinton administration and continued by Bush 43.  Meanwhile, $2.4 trillion was spent on the conflicts in Iraq and Afghanistan.  Despite all of this, it took the purging of tens of millions of jobs for the markets to capitulate to systemic excesses.  Considering all of this, it is impossible to conclude that another Great Recession is right around the corner.

Recessions cannot happen when an economy is growing.  To believe that another Great Recession is around the corner is not supported by current data, economic trends or basic logic.  Slowing yes – crashing no.

This is where a basic knowledge of behavioral economics is useful. Behavioral economists believe that psychological biases influence decision-making when it comes to investment choices.  This theory makes more sense than traditional models which rely on the Efficient Markets Hypothesis which argues that markets seldom over or under value an investment.

When thinking about all of this from a behaviorists’ standpoint, could Trump haters be overly gloomy about the U.S. economy?  With mid-term elections weeks away and Republican control of the House of Representatives and Senate looking shaky, it is reasonable to think that some of this decline is caused by a pessimistic view of our strong economy by those who think that the Trump Administration is destroying America.

When one considers the impact of higher interest rates in the U.S. and emerging economic softness in Europe and China, concern for our economic future is reasonable.  That said, empirical evidence supports a viewpoint that these wild gyrations in the markets are simply the natural result of investor pessimism (and enthusiasm) based on differing views of future economic conditions.  There are lots of data points that can cause one to worry…but there always are.  The question is whether these concerns can derail our economy soon.  All evidence says ‘no’.

The recent stock market decline occurred following the strongest economic results in decades.  As it is the Federal Reserve’s mandate to keep the economy from getting too hot or too cold, the Fed raised interest rates to temper economic enthusiasm that was beginning to cause valuation bubbles in stocks and real estate.  Essentially, the Fed did what they are commissioned to do by law.

The challenge to the Fed’s current efforts is that these interest rate adjustments are not being done by other key central banks around the world as their economies are weakening.  This has caused U.S. stock markets to outperform much of the world by more than 15% this year due to lower regulation and taxes here at home.

Additionally, many of the large Wall Street firms use debt to buy stocks and juice up profits.  As future returns appear more subdued than the last few years, these firms are selling stocks to reduce debt.  The sheer size of their sell activity was more than individual investors could handle as most corporate stock buyback programs were not active at the time.

Here is where it gets complicated.  Corporate buyback programs are usually suspended after quarter-end to avoid any impression of insider trading.  Buybacks are important as they reduce the number of stock shares available.  By reducing shares, each remaining share is worth more.  Once earnings are announced, buyback programs resume which support stock prices.  Due to recent tax cuts, companies have announced buyback programs of nearly $500 billion.  This level of buybacks supports higher prices.

Historically, stock prices remain fairly flat for three months after a Fed rate hike.  As the Fed stated that it is their intent to continue raising rates into next year, firms were using debt to enhance returns quickly unwound many of these trades.  At the same time, many investment management firms reacted to negative news by adjusting their computer trading models.

Many including myself therefore believe that this is a garden variety correction that is healthy for the markets as prices adjust to a new slower growth reality and temporary factors related to quarter-end.

Another key indicator relates to employment.  At present, businesses around the country are reporting shortages of qualified workers.  As two-thirds of the U.S. economy is based on consumer spending, we would have to see a fall in employment and wages before a recession would be considered imminent – a scenario that is nowhere in sight.

Do not let personal biases and headline news influence your decisions.  By eliminating emotion from decision-making process when managing your investments, you can use periods like these to set-up your investment portfolio to outperform by upgrading the quality of your portfolio with stocks that were too expensive before the stock market drop.

Haddon Libby is the Founder and Managing Partner of Winslow Drake Investment Management and can be reached at HLibby@WinslowDrake.com.