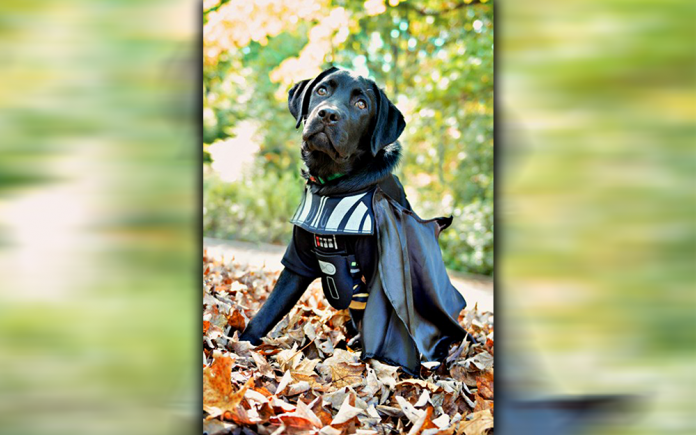 October has finally arrived, there is a tinge of cooler weather in the air, and Halloween kicks off the holiday season at the end of the month.  Thanksgiving and Christmas are associated with items potentially dangerous to animals, but Halloween can also pose threats to pets.

Halloween candy poses the greatest threat to both cats and dogs, and great care must be taken to keep it out of reach.  Big dogs have been known to jump on kitchen counters to steal a snack, and too much candy can send him to an expensive veterinary appointment.  The following list can help you keep Fido and Fluffy safe.

Candy, particularly chocolate and candy made with artificial sweetener, is poisonous to most animals.  Depending on the size of the animal, large amounts of candy can even prove fatal.  Call poison control and your veterinarian immediately if you suspect your pet ingested candy.  Tin foil and cellophane wrappers are hazardous if swallowed.

Don’t leave your dog or cat outside in the yard on Halloween.  There will be lots of folks walking and driving around most neighborhoods, and sadly some of them have evil intent.  A previous column discussed the rise in pet theft during the pandemic, and thieves can steal your pet and sell it for easy drug money.  Black cats are particularly vulnerable to people who might want to harm them.  Visitors may leave gates unlocked causing your dog to escape.  Left outdoors, Fido will create more neighborhood nuisance with his barking. 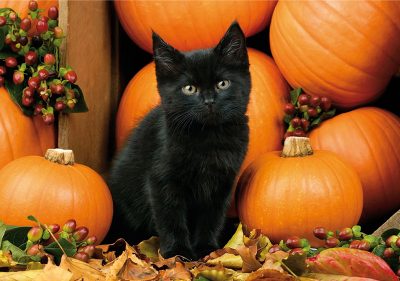 Be careful with candle-lit pumpkins.  Your pet could knock one over and start a fire.  He could get burnt by getting too close to one of these decorations.  Better yet, buy pumpkins that are artificially lit.

We humans enjoy putting festive costumes on pets.  While some animals enjoy the attention others (particularly cats) find dressing up stressful.  Make sure that costumes don’t constrict or contain dangerous items.

Keep your animals in a separate back room during trick-or-treat time, unless they are super friendly and not likely to escape from the open front door.  Animals can become stressed from seeing too many strangers masked and in costume.

Be vigilant about not keeping your front door open when you pass out Halloween candy.  Step outside and close the door behind you when you pass out candy to trick-or-treaters.  It only takes a few seconds for a frightened dog or cat to dash out into the night.

Have a wonderful holiday, whether you are attending an adult Halloween party or passing out treats to the neighborhood kids.  I predict there will be more events this year for you and your loved ones to enjoy.