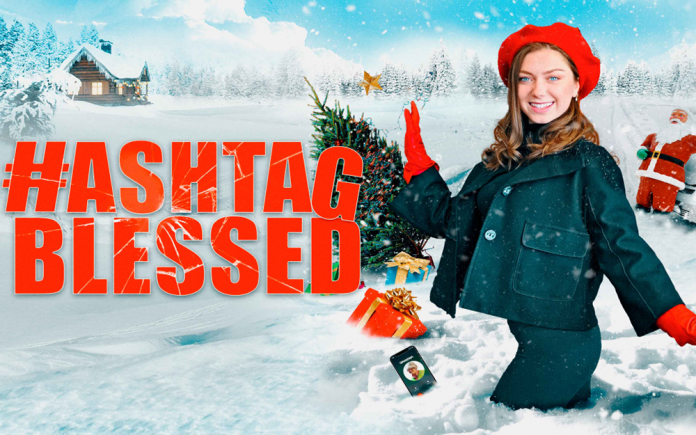 The Christmas film Hashtag Blessed The Movie, with one of our local residents Brian Hoff as both a Producer and in the role of a doctor at the Children’s Hospital is going to be showing at the Cathedral City Mary Pickford theater 12/10, 12/12, one on the 14th in the morning for the senior day crowd. Actual screenings time will announced by the theater on their website.

Brian also wrote and sang the Christmas song “Angels on a Christmas Tree” , which is also featured in the film.

In addition Prince Fleet (Prince of Palms Springs) has a cameo as well as a song in the movie.

The film was written by former Hemet resident Dalea Faulkner and produced by her and her mom Martina Webster. It is the story of a young woman dealing with the pressures of life but of course the magic of Christmas and Santa will save the day!

It’s Christmastime and Jessi is all but excited. She finds herself with comparisonitis in the world of social media. Other women her age just seem to “have it all”, including that engagement ring. Jessi finds herself frustrated over her job at the local movie theater, still struggling with the loss of her parents, and drowning in student loan debt. Her Grandma and friends seem to be concerned for her health and well- being, and only want Jessi to be happy.

Will Jessi ever see the love that is right in front of her? Will she continue down her dark path of negativity and struggle, or will the magic of Christmas shine light on her future?

The film is the beginning of the “Amberlight Valley Series”, that follows the books by Dalea Faulkner. The Indie film has caused a lot of attention at film festivals and has won numerous awards. It has been picked up by several channels to be released this December and is already available on DVD on hashtagblessedthemovie.com website as well as on Amazon.

“Making an independent film is scary” says Martina Webster,” From raising the funds to getting it seen. We have had so much help from family, friends and strangers that just loved the idea of the movie and its meaning. Dalea and I will forever be grateful.”

Isabella Blake-Thomas stars as Jessi. Isabella can be seen on Disney in Second Born Royals, as well as Once Upon a time and many others.

Grandma Maribel played by Char Leonard is a delightful mix of quirky and insightful. This is Char’s very first film role.

For channels, more screenings and links to tickets please go to www.hashtagblessedthemovie.com/screenings