World renowned entertainer, Engelbert Humperdinck, is bringing his show to Spotlight 29 Casino, this Saturday, February 6, 2016, at 8 p.m. “I just finished a Florida Tour at the end of January, and prior to that I was in Australia and South Africa,” said Humperdinck. “People expect to hear my classic songs but I do have a couple of new albums that I put out over the last few years, an album of duets named, Engelbert Calling; where I had the pleasure of recording with 23 of my favorite artists like Elton John, Willie Nelson, Gene Simmons, Kenny Rogers and Johnny Mathis.”

The album was released several months ago and did quite well. Since then, he released another album called, Runaway Country. “I have added some of the songs from both albums to my show and the fans seem to like them, and the reviews written online, have been amazing and even astonish me to have people writing such wonderful things about my show.” These albums as well as an album called Engelbert’s Greatest Hits, will be on sale in the lobby area at the Concert venue.

Born the ninth child, of ten children in Leicester, England, Arnold George Dorsey, was raised with solid moral values. “My Mother was a violin teacher and had an operatic voice. My Father served in the British military.” Unlike a lot of young musicians who became interested in music through the school system, Humperdinck, started studying the saxophone with a private teacher at age eleven. When he was seventeen, he found himself playing at a Pub that sponsored a singing contest. He entered and found he had another vocal talent: impersonations – the one he is most remembered doing is Jerry Lewis. “I never took a vocal lesson in my life, and I never picked up the saxophone again.”

He was tall, dark and handsome and became a popular entertainer in the UK until his health was compromised. Several months later, he was ready to pursue his dreams and his manager suggested he change his name to Engelbert Humperdinck; that was 49 years ago. 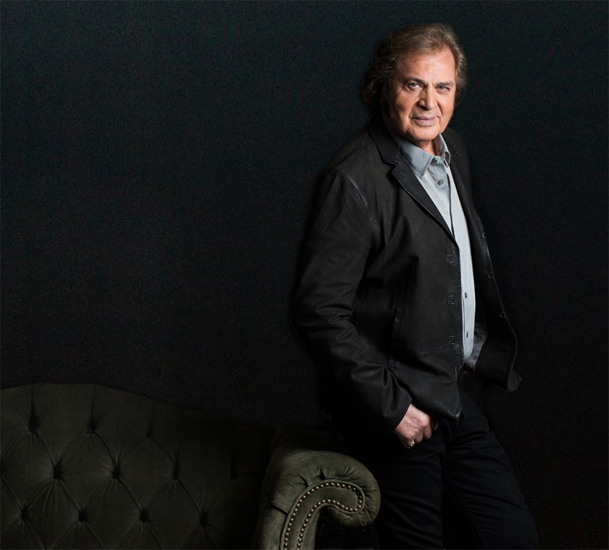 “My life has been a wonderful journey and I hope it never ends. I still enjoy traveling around the world doing my shows and there’s nothing like performing in front of a live audience.” During the show, he asks someone to join him on the stage and he takes a “selfie” with them, “Which causes a little bit of a stir.” He has a great sense of humor and interacts with his audience.

His first big hit was released on January 13, 1967 with “Release Me” and is “in the Guinness Book of World Records for being the song that prevented The Beatles from having their 13th number one hit record.” His second favorite song is “The Last Waltz” because it was heard around the world in dance halls and then “After the Loving” which went Triple Platinum.

With four Grammy Nominations, a Golden Globe for “Entertainer of the Year”; 63 Gold and 24 Platinum Records; a Star on the Hollywood Walk of Fame; a Star on the Walk of Fame in his hometown of Leicester, England and a Star on the Las Vegas Walk of Stars; Humperdinck has no plans to slow down. A PBS Documentary special, is currently in production, featuring never before seen film of his early life, his family’s life and how his career took off.

“I am glad the way my life is going and I look forward to making more music for my fans and I think I may record another Christmas Album next year.” To date, Engelbert Humperdinck has recorded 81 albums, which include compilation albums and has sold over 150 million records world wide.

Spotlight 29 continues to have Top Notch Entertainment in the Coachella Valley. See you at the Concert!