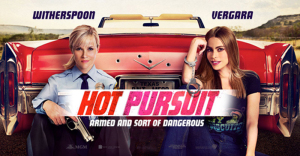 This diverting comedy has met with mixed reviews. Some of the more negative ones have singled out director Anne Fletcher for making a “mysogynistic, shrill and unfunny” movie. In a recent Q&A I hosted at Cinemas Palme d’Or, director Fletcher said she was just trying to make a fun action comedy without an agenda.” She further added, much to my surprise, that the target audience was teen girls (it’s rated PG-13). The mixed age audience I saw this with laughed out loud more times than I could count. And sure enough, sitting in front of me was a teen girl who really laughed out loud throughout. 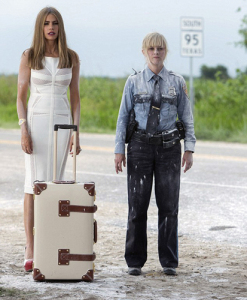 The conceit of the formulaic story has an uptight, boyish looking, by-the-book cop (Reese Witherspoon) trying to protect the voluptuous widow (Sofia Vergara) of a drug boss as they race through Texas to testify in a Dallas court — all the while pursued by crooked cops and drug cartel gangsters.

There’s undeniable, odd-couple, on-screen chemistry between Witherspoon and Vergara. They are a natural comedic team and should consider further joint ventures.

Shot in Louisiana during a particularly humid season, the film was brought in for only $35 million. Reese initially optioned the screenplay and brought in Vergara as a co-producer and co-star. This film is not great, but Fletcher’s adroit touch makes the most of the material at hand. Her training as a dancer helped her choreograph the nicely executed action scenes.

This film brings to mind MIDNIGHT RUN, but even as a lesser entry, it’s a passable diversion in a cool theater on a hot day.  Now playing at Cinemas Palme d’Or. 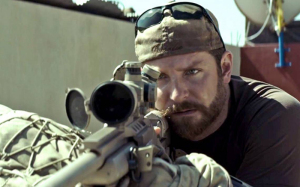 A lot has been written and said regarding Clint Eastwood’s hit movie about Navy SEAL sharp shooter Chris Kyle. Although Eastwood has stated for the record that this film is “anti-war,” many moviegoers who have flocked to it for repeated viewings see it much differently. Numerous posts on social media praise this film as a depiction of a true hero who efficiently slaughtered America’s fundamentalist enemy in words I cannot print here. Other, perhaps more astute viewers, see this film as a tragic story of a young American obsessively engaged in a phony war who finally suffers a strange karmic fate. It’s truly Shakespearian. But no matter how you feel or where you stand politically, Bradley Cooper’s portrayal of Kyle cannot be faulted. Neither can Eastwood’s seemingly effortless direction. For me, this film is on the opposite end of the spectrum from last year’s LONE SURVIVOR, a far more meaningful depiction of the irony of war and the puzzle of unexpected mercy.  Standard bonus material goes behind the scenes during production and there’s a also “One Soldier’s Story: The Journey of American Sniper.” Warner Bros.  Blu-ray. 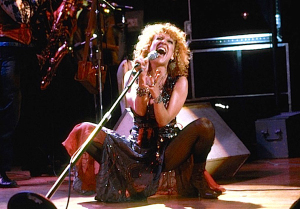 Mark Rydell directs Bette Midler in a stunning riff on the self-destructive life of Janis Joplin. This gorgeous new 4K transfer begs to be seen and heard. The concert footage is extraordinary. Midler is at the top of her game in this 1979 biopic. Alan Bates and Frederick Forrest co-star. Bonus material includes new interviews with director Rydell, cinematographer Vilmos Zsigmond and of course actor Bette Midler. This is one for the digital home library.  Criterion.  Blu-ray. 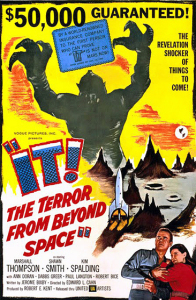 IT FROM OUTER SPACE

From 1958, when cheeseball sci-fi movies were still thriving, comes this classic alien monster flick that clearly foreshadows Ridley Scott’s ALIEN, that came more than 20 years later. Marshall Tompson, Shirley Patterson, Kim Spalding and Ray Corrigan star in a story about the aftermath of a rescue mission to Mars whose lone survivor claims his crew was hunted down and killed by an alien creature. Skeptical, and believing that he may have killed the crew in order to survive, the rescue captain dismisses the survivor’s explanation only to find that a hideous Martian monster has stowed away on the spacecraft and has begun hunting its human hosts! 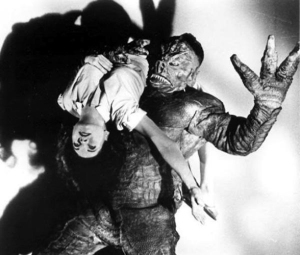 Now look closer at the attached poster. When this movie was initially released, there was a standing offer of $50 grand to anyone who could prove “IT is not on Mars now!” Seems reasonable enough. However, there is no such offer on the home video version. What are they afraid of?  Olive Films.  Blu-ray.