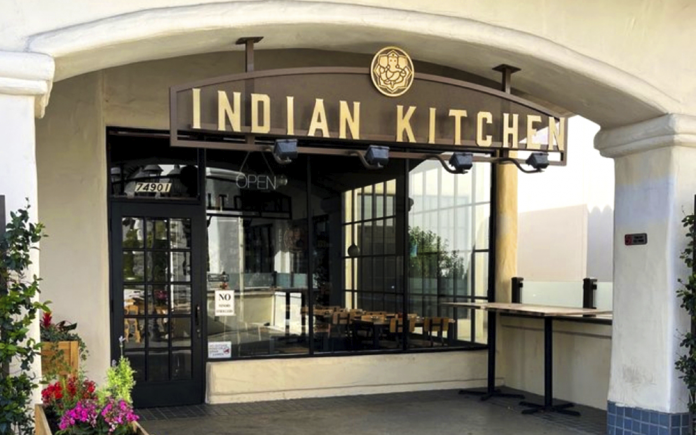 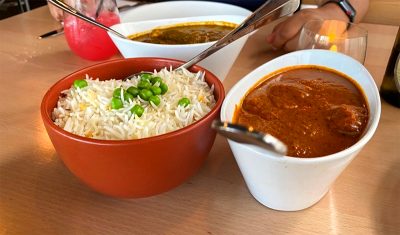 Neel Joshi grew up in an Indian and Italian household and pursued a career in food provisioning at SYSCO where he worked for many years. He was not satisfied just providing fresh ingredients to restaurants. He eventually opened Holy Cow in Los Angeles and Molly’s in San Bernadino. Neel’s next restaurant in the area was Paradise Valley Café in the Garner Valley near Mountain Center (recently reviewed by CV Weekly). Neel excelled at elevating comfort food in his restaurants, but always wanted to start a restaurant featuring the Indian flavors he was raised with. The opening of Indian Kitchen fulfilled those dreams. He wanted to offer a modern take on traditional Indian cuisine. This desire is reflected in dishes such as Tuna Tandoori made with sashimi-grade ahi marinated in spiced yogurt and prepared in a traditional clay tandoor oven. The samosa appetizers have a light, crispy turmeric-scented dough and are filled with spiced potatoes, peas, and fresh herbs. 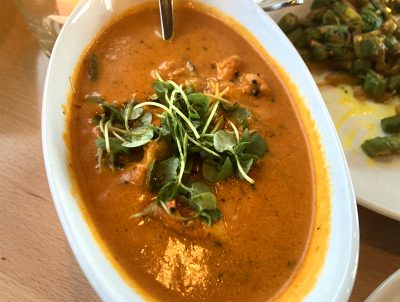 Several versions of tandoor-baked Naan bread such as garlic, cheese, and herb stuffed are available. The familiar dishes such as Chicken Tikka, Korma, and Vindaloo (elevated spiciness) are on the menu. Some dishes I have not seen elsewhere are the Shrimp, Chicken, and Lamb Mangalorean which include coconut-based sauce finished with French black mustard seeds, curry leaves, and dried red serrano peppers. Also, a Tandoori Chilean Sea Bass is marinated in spiced yogurt. 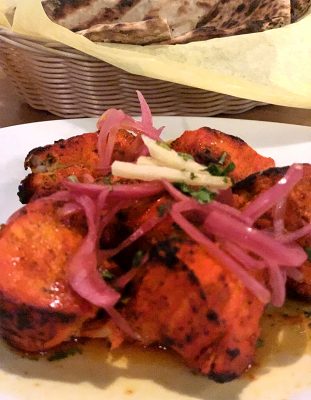 A unique feature of the restaurant is a no-child-under-16 policy. All of a sudden, date night is a little less noisy.

Our entrees, Lamb Vindaloo and Mint Chicken were tender and swimming in delicious sauce soaked up by rice pilaf. Side dipping sauces include creamy mint cilantro and sweet and sour tamarind were unique and delicious. Desserts available are spiced mango ice cream, pistachio gelato, rice pudding, and Tiramisu (from the Italian side.)