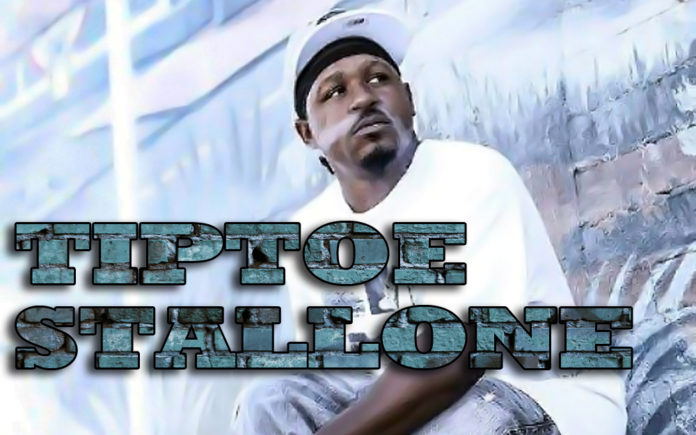 In the Coachella Valley talent flourishes like spring flowers. Musically speaking, we created the signature sounds of Desert Rock, Coachella Valley Music and Arts Festival (Coachella Fest) has created one of the largest musical gatherings on the planet and any given week, our casinos bring in some of the greatest names in music. However, in the shadows of the valley a different sound can be heard. East Coast, West Coast, Long Beach, Compton, Indio. On the East end of the Valley, hip hop artist Tiptoe Stallone hones his vision for the valley to make an impact on the scene most associate with urban cultural centers. Along the way, he’s coaching, mentoring and teaching the next generation.

I recently caught up with Tiptoe Stallone aka Chris Thomas.

CVW: How’s it going? Is it true, everybody hates Chris?

TIPTOE STALLONE: (Laughs) “I’m just chillin’, trying to get these shows in order and my career too.”

CVW: Is it hard for hip hop in the valley?

TS: “As far as being a hip hop artist..yeah, it can be. It’s hard to get venues but it’s been better these last couple of years. There’s always a couple of venues that allow it, some are letting us in, some of the bigger venues where before, they didn’t allow it.”

CVW: Why do you think venues aren’t more welcoming to hip hop?

TS: “I mean the support value isn’t there as far as community wise. A lot of times, unless you are a proper local at the right time, the buzz doesn’t always generate the crowd as opposed to booking someone that is established or has a name, management or a notable career.”

CVW: Are you booking some of these acts that come from outside with bigger name recognition?

TS: “Yeah, you know when I invest my money I try to book names that generate crowds, usually mainstream artist or artists on the come up or some legendary artist.”

CVW: Who are some of the artists you are bringing in to the Valley?

CVW: In addition to being an artist yourself, you are doing a lot of events and promotion, too.

TS: “We throw events for locals, different events and showcases throughout the year to help the local scene. At Sol (Sol Sports Restaurant) we try to do an event every 6-8 weeks. I’m also part of Sol’s promotion team. I help when I’m not doing my own shows and book with them.”

CVW: How did you get into hip hop?

TS: “At an early age about 6-7 years old, always listening to it. I always had poetic ability and able to rap and emulate the greats at the time. I learned how to wrap at like 7-8 years old.”

CVW: You mentioned something that I think a lot of people miss about hip hop and that’s poetry. Tupac was perhaps one of the best poets. How do you see hip hop?

TS: “Oh definitely. The understanding of hip hop is based on the age that is poppin’ in the culture. Right now the wave that is going on in hip hop, which is it’s own genre of music, it’s really broken up into so many different genres, in my opinion. So many different sounds of it now, stuff has it’s own classification, it’s good and bad. On the poetical side, you still have guys like Kendrick Lamar and those kind of guys that have substance and can put metaphor and word play together, like Eminem and those guys who are still alive. Then you have catchy and cliché, I just call it catchy, you can just ride the beat the whole time. It’s kinda like your preference now. The good thing about hip hop now days is you have choices, before it was kinda like what ever was on right then you rode that wave. Whether it was Bad Boy and their run or Tupac and Deathrow and their run, Jay Z, there was always a controlling wave that overpowered the radio. Even though Drake and those guys still overpower the radio now, you can tune in and hear a whole bunch of different type of articulate stuff. It’s good for hip hop. I relate it to the school system in the valley. We have so many schools, the talent is scattered so now no one can be a real powerhouse and control it all because there are so many MC’s in hip hop now. Before you needed to know someone with a studio, now you can get a program (for your computer) and now there are 900 studios per every four miles! Everybody has one in their room, in the garage.”

CVW: What is your vision for the future?

TS: “I want to put together a collection of the young talent and develop a free consultation to guide them. I’ve been through a lot with deals and stuff and there is a lot to learn. A lot of us are misguided. I’m still learning about the game but I want to help pay the knowledge forward. Indio gets overlooked but I’d like to see us have our own sound. I want to help the next wave, too.” 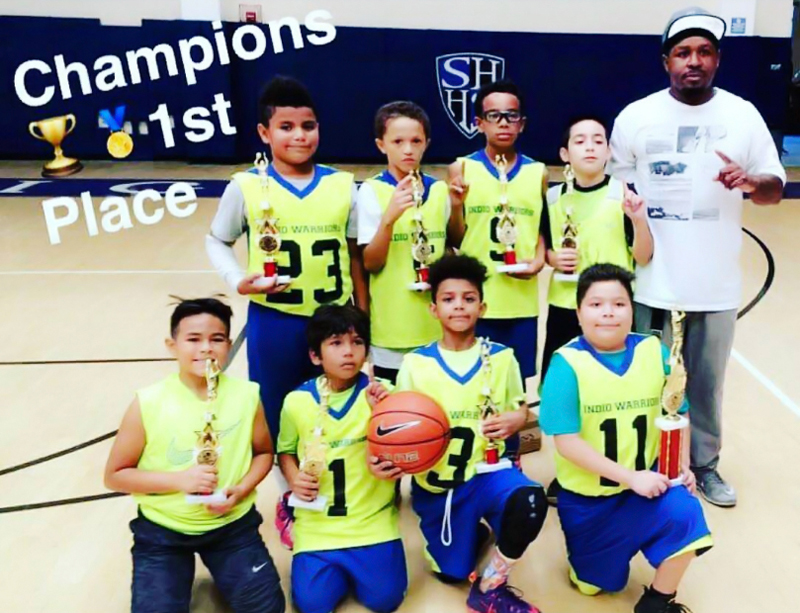 CVW: You also are paying it forward on the basketball court, I hear.

TS: “Yeah, I have a non-profit, Indio Warriors Youth Basketball. We compete at the top levels, building talent to compete with teams from LA., Arizona, all over. I want to get them to play on bigger platforms like California State Games and the Oregon Trail. We are always playing in championship games and that helps keep the Indio name out there so people know who we are and where we are. We need more donations to support our travel.”

CVW: You have another event coming up that will also put some sunshine on Indio with your upcoming Tupac event.

TS: “Yeah, it will be the first of an annual event “Tupac Days,” to celebrate Tupac’s birthday on Friday the 16TH. We are throwing a celebration with a legendary Long Beach MC signed to Eminem’s Shady Records. We will have a dedication and a chance to win tickets to see “All Eyes on Me” all at Bloodline Tattoo Shop in Palm Desert.”

For more information check out: www.facebook.com/tiptoestallone