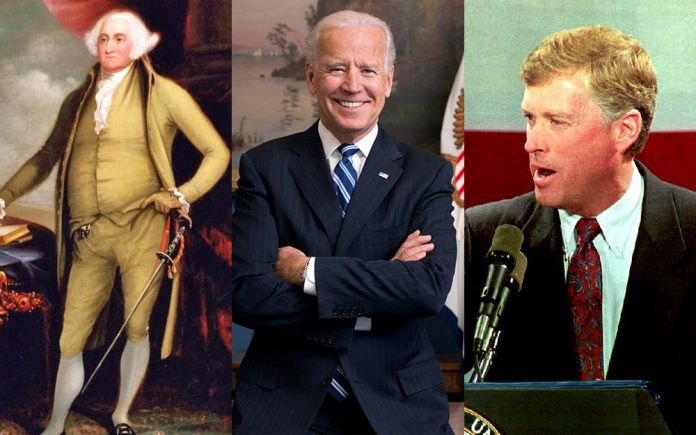 President’s Day first became a holiday in 1885.  At that time, the holiday celebrated only George Washington, our first President.  Its importance was significant as it was also only the fifth national holiday, joining New Year’s Day, Independence Day, Thanksgiving and Christmas.

Washington’s Birthday became President’s Day in 1968 when Congress adopted a standardized Monday holiday system.  The three-day weekend was seen as a way to get American workers a bit more vacation.  It was also seen as a way of combatting absenteeism caused by a more random holiday schedule.  This was also a way to combine the national celebrations for Washington and Lincoln into one holiday.  This worked well as it freed up the holiday calendar for Martin Luther King, Jr. Day which would join the national holiday ranks sixteen years later.

While this is President’s Day weekend, and we typically pay our remembrances through mattress sales and other consumerism; do we have a Vice President’s Day?  It should come as no surprise that we do not.  All we must do is think of a Dan Quayle gaffe or Spiro Agnew’s resignation to be thankful that we have not a greater need for the leader in reserve.

Before continuing, let’s pay homage to Dan Quayle, the all-time king of gaffes.  While Biden may say some doozies, few compare with Vice President Dan Quayle.  He once said, “If we don’t succeed, we run the risk of failure.”  Truer words have never been misspoken better.  His Notradamus ability was on full display when he said, “I have made good judgements in the past.  I have made good judgements in the future.”  His sheer honesty is most likely why Bush 41 chose him: “Republicans have been accused of abandoning the poor.  It’s the other way around.  They never vote for us.”

President Biden is one of a handful of Vice Presidents to win the Presidency after sitting out the election cycle in 2016. That said, he is a gaffe machine.  One time on the campaign trail, he asked a senator to stand up and “…let ‘em see ya.”  Unfortunately, the senator was wheelchair bound and unable to stand.

The first vice President was John Adams who became the second President of the United States after serving two terms as VP.  Many referred to Adams as “His Rotundity” due to his arrogance and size.

In the early days of the union, the candidate who received the second most electoral votes became the Vice President.  In 1804, the 12th Amendment was approved and voters chose both the President and Vice President.

The Vice President serves as the President to the Senate.  The only real job is casting a deciding vote in ties.  There is also a ceremonial job of counting the Electoral College votes during a joint session of the Senate and Congress.

The Vice President was not necessarily the next in line to a Presidential vacancy until the 25th Amendment in 1967.  The Vice President was also expected to live in their private residence until the 1970s.  At that time, a home was established in the U.S. Naval Observatory for safety reasons.  The home is 9,150 square feet and has six bedrooms.

Franklin D. Roosevelt ran an unsuccessful bid for Vice President with Ohio governor James Cox heading the ticket in 1920 before becoming the only three-term President in history.   FDR’s Vice President, Harry Truman, was selected as he ran the “Truman Committee” in the Senate that uncovered waste and corruption totaling more than $10 billion.  For comparison, the cost of the Manhattan Project was $2 billion.  The Manhattan Project developed the atom bomb.  In 2022 dollars, this equates to $20 billion 2022 dollars.  At present, US government debt is roughly $30 trillion and a subject for another day.