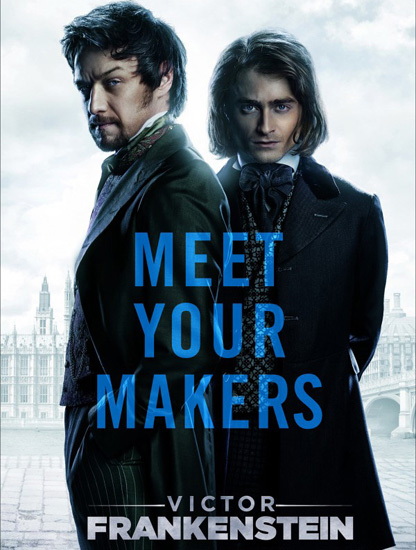 Harry Potter’s Daniel Radcliffe is Igor Strausman, assistant to James McAvoy’s mad Doc Frankenstein, immortality researcher. This story never really gets old because the mystery of mortality lingers in our souls. After all, we just enjoyed/endured I, FRANKENSTEIN. Now, it’s time for yet another look with a fresh perspective.

The creative team behind this new iteration of Mary Shelly’s classic includes director Paul McGuigan (LUCKY NUMBER SLEVIN and TV’s “Sherlock”) and screenwriter Max Landis (CHRONICLE).
The heart (no pun) of the movie is about how these bros start with a noble plan to better humanity. They challenge and goad each other to go for greater and more horrifying but groundbreaking experiments into immortality until things go way too far and the relatively sane protégé Igor has to rescue the mad doc from his truly monstrous creation. 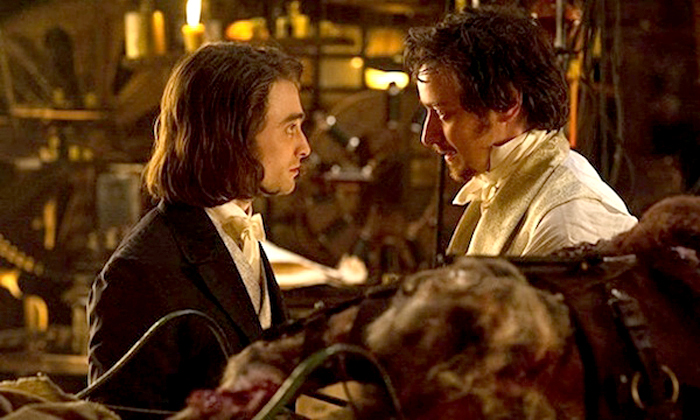 No spoilers here. I’m a fan of Radcliffe and I liked the nice twists on the classic story. The film has an undeniably great look.  But this one is enjoyed best if you think of the great Hammer films in the same genre.  Not fair to compare it to the original 1931 masterpiece. But make no mistake. This is a fun – and sometimes thoughtful — entry on it’s own merits. Now playing at Cinemas Palme d’Or. 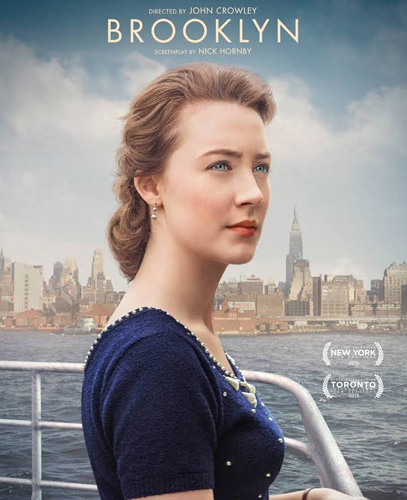 Great performances from Saoirse (Sheer-see) Ronan and Emory Cohen imbue this hugely satisfying period romantic drama. I guarantee it will trigger your emotions and tingle your brain.  Set in 1950s New York, the deceptively simple story has Ronan falling for a rough-hewn Italian plumber (Cohen). Complications of the heart arise when she returns to Ireland and confronts “temptation” from Domhnall Gleeson.  I thought of Jane Austen [see SENSE AND SENSIBILITY below] as this wonderful, richly observed movie about a noble young girl torn between two lovers unfolded.  At its heart, this honest, feel-good movie is really about getting happy and passing it on. Don’t miss this beguiling love story from the much-praised book (and screenplay) by Nick Hornby. John Crowley directs with a delicate hand. Now playing at Cinemas Palme d’Or in Palm Desert. 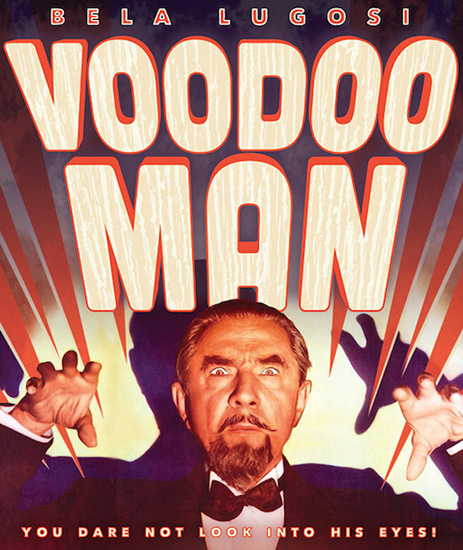 I love these restored vintage B-movies. In this crazy occult thriller, Bela Lugosi stars as Dr. Richard Marlowe, a mad scientist obsessed with raising his beautiful but long dead wife (Elen Hall) from the grave. His plan is to use a potent combo of “voodoo magic” and hypnosis. His secret ingredient in the mix is the “essences” of innocent young women he has kidnapped and locked away in his private dungeon.  This chiller has all the ingredients. Henry Holt co-stars. William Beaudine directs.  Olive Films. Blu-ray 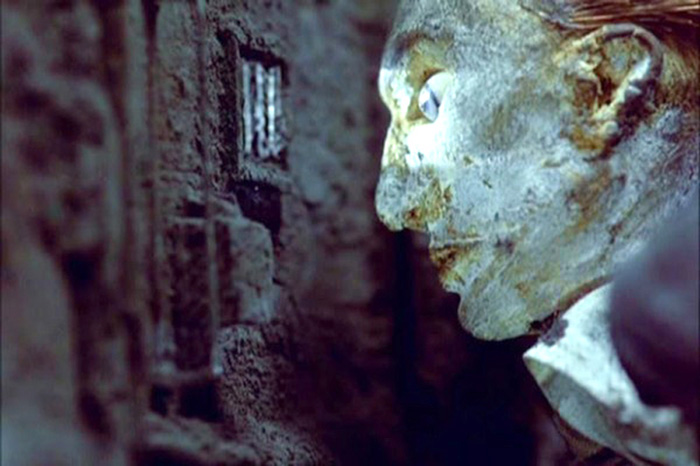 Timothy and Stephen Quay, American born identical twin brothers, who now reside and work in England, are the genius creators of a series of surreal, avant-garde, stop-motion animated films. Widely recognized as masters of their singular craft, their films are enjoyed and studied around the world.

Director Christopher Nolan is a big fan of the Quays. His short film “Quay” is a kind of tribute to the brothers. Recently he helped put together a traveling road show of their films he especially appreciates. This terrific collection includes Nolan’s film and the touring titles as well as many additional films. 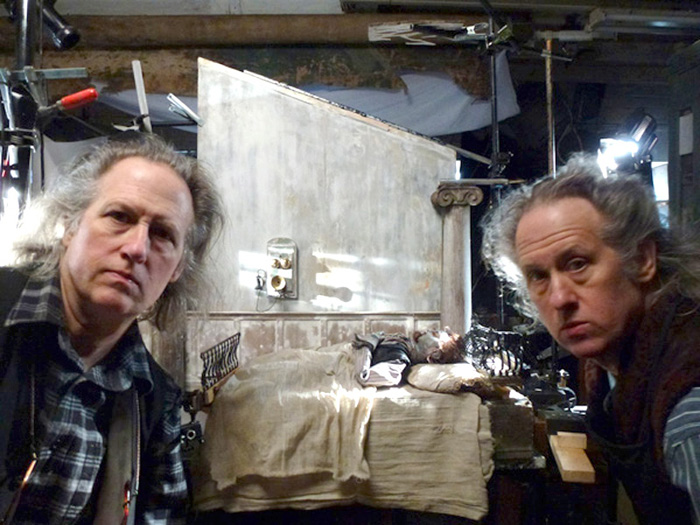 Some of the meticulously “constructed” titles have commentary tracks, and there’s an essential Nolan introduction. Among the 15 films are: “The Cabinet of Jan Svankmajer,” “Street of Crocodiles,” The Phantom Museum” and “Rehearsals for Extinct Anatomies.”  Space does not allow for a fuller description and praise this exceptional collection of extraordinary films deserves. Know this: They will fuel your dreams.   Zeitgeist Films.  Blu-ray. 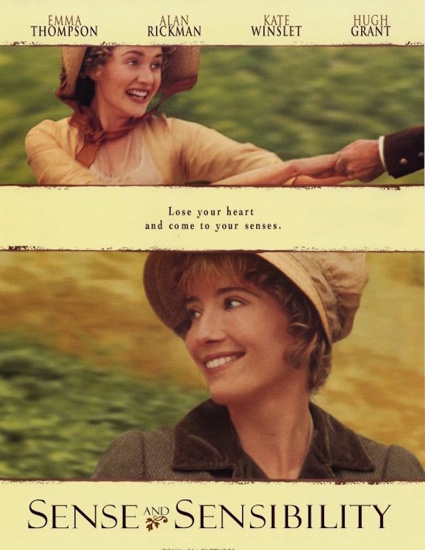 Exquisitely crafted, Ang Lee brings alive Jane Austen’s beloved 1811 novel from a surprisingly contemporary and witty screenplay by star Emma Thompson.  The cast and crew are Brits and the verisimilitude of the era is further enhanced by beautiful Dorset locations in Austen’s real world – and that of her classic story.  The movie received seven Oscar© nominations and a win for Thompson’s deft script. This wonderful, feel good film deserves another visit as the Dashwood family processes and resolves complications of desire, fate, love and loss. Besides Thomson, the pitch perfect cast includes Hugh Grant, Kate Winslett and Alan Rickman. This stunning Blu-ray transfer is limited to 3,000 units and they sell out quickly. Generous extras include an isolated sound track.  Info on availability: TwilightTimeMovies.com