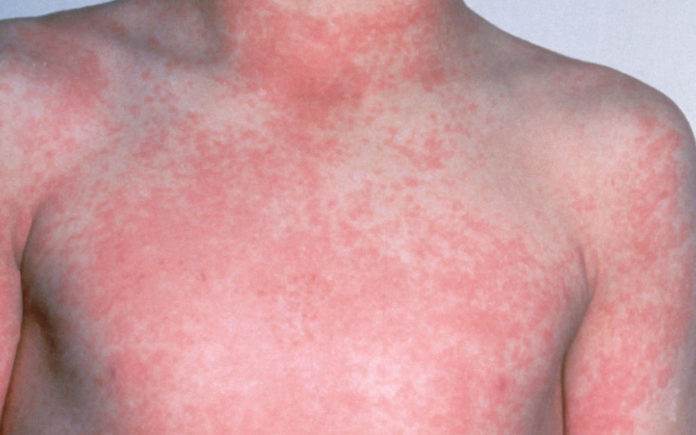 What temperature is actually considered a fever?

A fever is the body’s response to battling an infection and will usually subside in a few days, but depending on the age group, the fever level, and associated symptoms, evaluation by a physician may be needed.

Associated symptoms to consider when someone has a fever:

What is Scarlet Fever?

Scarlet Fever is a fever of 101 F or higher that occurs with strep throat and features a bright red rash that covers most of the body. The rash looks like sunburn and can feel like sandpaper. The folds of the skin are a deeper red and the tongue generally looks red and bumpy (strawberry tongue).

Scarlet fever is caused by the same bacteria that causes strep throat. The infection is spread by droplets, as when an infected person sneezes or coughs. Once your doctor has made the diagnosis, it is treated with antibiotics.

Valley Fever is a fungal infection caused by coccidiomycosis. These fungi are commonly found in the soil in southwestern United States, parts of Mexico and Central and South America. In California, the fungus is found in many areas of the San Joaquin Valley (Central Valley).

Initial symptoms of Valley Fever may resemble the flu. Mild cases may resolve on their own, but it can progress into a more serious illness causing severe pneumonia or lung nodules. The fungus can spread to other parts of the body and cause disseminated disease. It can cause skin ulcers, joint pain/swelling, bone lesions, heart problems or urinary tract problems. Potentially fatal infection of the brain and spinal cord can occur. Treatment is with antifungal medication.