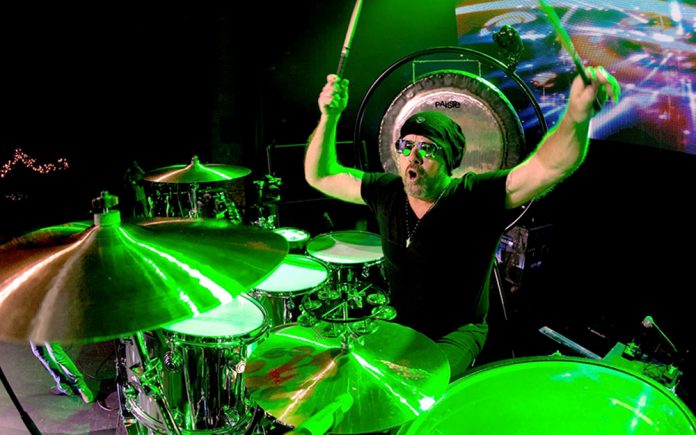 Jason Bonham has carried on the musical legacy of his late father — legendary Led Zeppelin drummer John Bonham — with grace, power and precision for nearly four decades. Now the Grammy Award-nominated artist is bringing his Led Zeppelin Evening to the Special Events Center at Fantasy Springs Resort Casino on Saturday, Oct. 8 at 8 p.m. Tickets start at $39 and go on sale Friday, July 22 at the Fantasy Springs Box Office, via phone (800) 827-2946 and online at www.FantasySpringsResort.com.

Encompassing hits from the iconic band’s entire career, including such classic albums as Led Zeppelin, Led Zeppelin II, Led Zeppelin IV and Physical Graffiti, the concert event celebrates the life and music of Bonham’s father, with a band that recreates Led Zeppelin’s music to such a degree that one can’t help but close their eyes and simply listen.

A prodigy from the age of 5, Bonham released his debut album with his first band, Air Force, while in his teens. The group opened for Queen, Meat Loaf, Ted Nugent, and AC/DC, to name but a few. In 1988, Bonham sat in for his father at Atlantic Records’ 40th anniversary concert, which included the first-ever reunion of surviving Led Zeppelin members Robert Plant, Jimmy Page, and John Paul Jones. Later that year he joined Page for the guitarist’s Outrider album and tour.

In 1995, Bonham represented his father (along with his sister Zoe) when Led Zeppelin was inducted into the Rock and Roll Hall of Fame. In 2007, he participated in one of the most anticipated concerts of all time: the Led Zeppelin reunion at London’s O2 arena. The 16-song set was released theatrically and on CD/DVD in 2012 as Celebration Day.