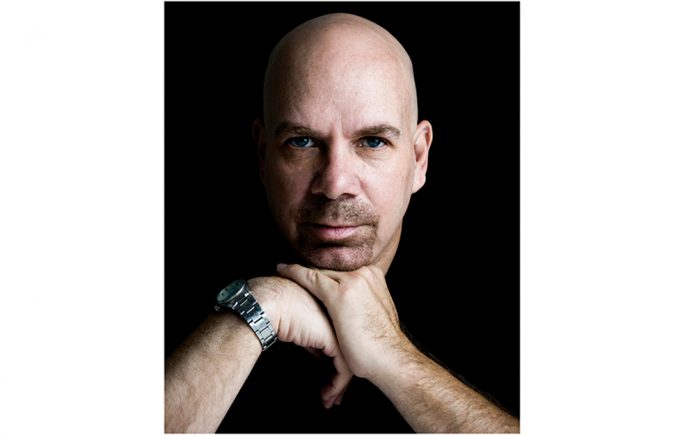 Laughter is said to be the best medicine, and with such a somber year behind us, there is no better reason to let loose and experience the comedic catharsis of Palm Springs local and veteran entertainer Jason Stuart. Stuart is set to headline his stand-up comedy show at the Desert Rose Playhouse at its new location on July 17 at 8 p.m. with special guest comedians Selene Luna of Coco fame and Shann Carr from Atlantis Cruise.

“It’s been two years since I’ve actually done a live show in Palm Springs, so it’s exciting to finally be performing in-person and working with my two favorite people,  Selene and Shann. We make one lesbian, one straight gal, and one gay guy. I’m Jewish, one’s Mexican, and the other is Greek. We have enough minorities for a Benetton ad,” quipped Stuart.

A lot of the material from Stuart’s show will focus on living next door to his 84-year-old mother, finding love and dating in Palm Springs, as well as how great it is to be out in public again. Stuart’s first ever job being paid as a comedian was at the Comedy Haven in the late 80s, and he has been performing in Palm Springs on and off ever since. Stuart only just moved to the city a year and a half ago, but he loves the idea of going to LA to work and then coming home to the desert.

“People need to laugh about what they’ve gone through. The pandemic has been very devastating to a lot of us and it has changed our lives forever. All of my auditions have been done at my dining room table virtually and I had to wear a hazmat suit while filming an episode of Goliath with Billy Bob Thornton and J.K. Simmons during COVID,” explained Stuart.

Jason Stuart is one of the top openly gay comedians in the USA and a very prolific character actor. He has appeared in over 250 film and television shows to his credit. He is best known for his supporting role in the historical drama, The Birth Of A Nation, and starred recently in the indie drama Hank (shown at the Palm Springs International Film Festival), the action film Abducted, and the thriller, Immortal.  Jason also has appeared in the award-winning films Tangerine, Love Is Strange, Gia, Kindergarten Cop, and Vegas Vacation.

He has wowed TV audiences with guest roles on such shows as Swedish Dicks with Keanu Reeves, Love with Judd Apatow, Sleepy Hollow, Real Rob, Entourage, The Closer, It’s Always Sunny in Philadelphia, House, Everybody Hates Chris, George Lopez, Will & Grace, Charmed, and My Wife and Kids. His stand-up comedy has been featured in Gotham Comedy Live, Red Eye, One Night Stand Up, Wisecrack, Comics Unleashed, and his own comedy special, Making It To The Middle, on Here Media.

Stuart has been coined as a gay male version of Joan Rivers and Don Rickles, and has stayed productive over the course of the pandemic. Recently his autobiography, Shut Up, I’m Talking!, has gotten rave reviews and his new online comedy album, I’m the Daddy, And I Have Candy, is appearing on SiriusXM Radio. His hit comedy series Smothered is now on Amazon & Revry.  The show is co-created and co-stars with writer and actor Mitch Hara. Smothered is currently being considered for an Emmy Nomination for Best Actors and Series. 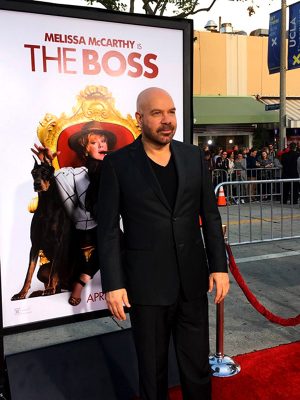 “What I really want to do is work with talented filmmakers and continue to grow as an artist, and at the same time, be of service. I believe very strongly that if you are on the elevator of success, you need to take people with you. I’ve worked with a ton of people over the years and I realize that is so important,” said Stuart.

Jason Stuart came out 28 years ago on The Geraldo Rivera Show as an out actor and comedian. He is thrilled to be back to work live and in person, taking inspiration from famed comedian and friend Robin Tyler, who was the first LGBTQ comedian to appear on television. Stuart is also a prolific activist and is currently the National Co-Chair of the SAG AFTRA LGBTQ Committee, which he also co-created in 2005.

“I went to a Gay Pride event in Sonoma and I got a standing ovation. The only thing is, Sonoma is such a small town that most of the people that came were probably straight. Being part of the LGBTQ community as a comedian is a mixed thing. Sometimes people forget you and other times they put you on a pedestal. You’re in this middle ground and it’s very important you remember who you stand on the shoulders of,” stated Stuart.