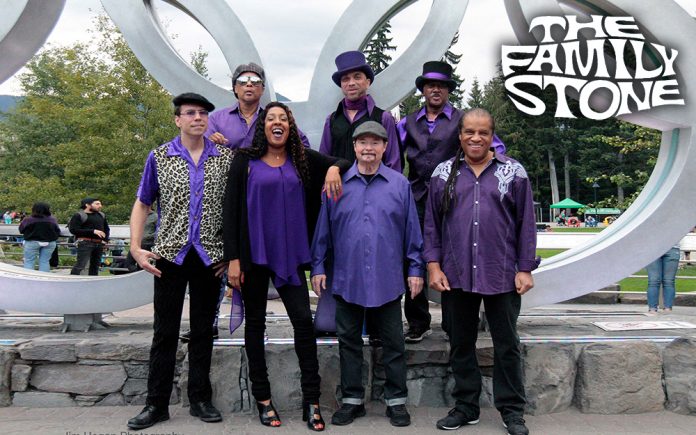 Sly and the Family Stone, a band with Top 10 hits such as “Everyday People”, “Thank You (Falettinme Be Mice Elf Agin)”, and “Dance to the Music”, started in 1966 and was pivotal in the development of funk, soul, rock, and psychedelic music. Consisting of a core lineup of singer-songwriter/record producer/multi-instrumentalist Sly Stone, and included Stone’s brother and sister (hence “the Family Stone”) singer/guitarist Freddie Stone and singer/keyboardist Rose Stone, saxophonist Jerry Martini, trumpeter Cynthia Robinson, drummer Greg Errico, and bassist Larry Graham. Notably, it was the first major American rock group to have a racially integrated, male and female lineup. The work of the band is considered to have greatly influenced the sound of subsequent American funk, pop, soul, R&B, and hip hop music and has been long considered one of the greatest American bands of all time, even being inducted into the Rock n Roll Hall of Fame in 1993. The band dissolved in 1975, but the various band members have taken on many projects and continue to perform as Family Stone (sans Sly) to this day. The Family Stone is performing at Fantasy Springs in their Rock Yard on Friday, May 14 as part of their Rock Yard on Steroids lineup. 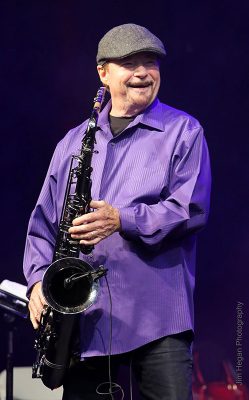 In its current iteration, Jerry Martini – founding member of Sly and the Family Stone – plays saxophone, Phunne Stone – Sly and co-founder Cynthia Robinson’s daughter – is on vocals, guitarist Nate Wingfield, vocalist Swang Stewart, bassist Blaise Sison, drummer Frank Klepaacki, and keyboardist Jimmy McKinney recreate the original band’s music in sound and spirit. Martini shared, “Sly and I go way back and we started the band together. He was a DJ for KSOL and I used to go to his work and harass him, telling him he needed to start a band.” It was at Martini’s suggestion that Sly and the Family Stone form, and he and Sly have stayed friends ever since. When asked if they had consciously made the decision to put out songs with a message of positivity and unity, such as “Stand!”, “You Can Make It If You Try”, “Everyday People”, and many more, Martini answered, “Oh yeah, it was a conscious decision. Sly was so brilliant. The public will never get to hear his greatest songs! He loved everybody. He loved all the musicians who said something. I was making fun of Bob Dylan’s voice once and he told me to listen to his lyrics and never complain about him again. I was kind of embarrassed because he’s a brilliant lyricist. He liked songs that meant something. Back then, music was black or white. But to us, it wasn’t that way. Sly used to say, “It’s just the skin I’m in!”

Jerry Martini was instrumental in bringing in Pat Rizzo, a Coachella Valley legend, as a second saxophone player in the original band. Martini said of Rizzo, “Sly wanted to expand. I’m more a funk/rock/blues player. Pat was a New York jazz player, Pat was a bandleader for the Frank Sinatra band. Pat and I were really close and used to fly together and go on the road and party. He had a New York personality. We used to go to his uncle Jilly’s bar in New York. I didn’t see him a lot after 1980 because I ran away to Hawaii. Pat has been my friend since 1973, I loved him. I cried when he died.” Pat Rizzo passed away on April 16, 2021.

Asked what fans who attend the Family Stone show at the Rock Yard can expect, Martini said, “The band I’m coming down with next week is wonderful. I can still jump around the stage and play the tambourines and act crazy. What you’re going to see with my band is the music of Sly and the Family Stone as close as can possibly be to how Sly would want it played. The band you’re going to hear sounds like Sly because that’s what I’m selling. I’m 78, I’m not putting any new songs out there. His daughter will take over in a few years when I retire. She’ll probably mix everything up and she’s a rapper too. We do the soul train crews, flower power crews. People from 8-80 love it! You’re going to see a band who loves what they’re doing.”

See the Family Stone perform at Fantasy Springs in their Rock Yard on Friday, May 14. Entrance is free. For more information and for Fantasy’s entertainment lineup, visit: https://www.fantasyspringsresort.com/entertainment/