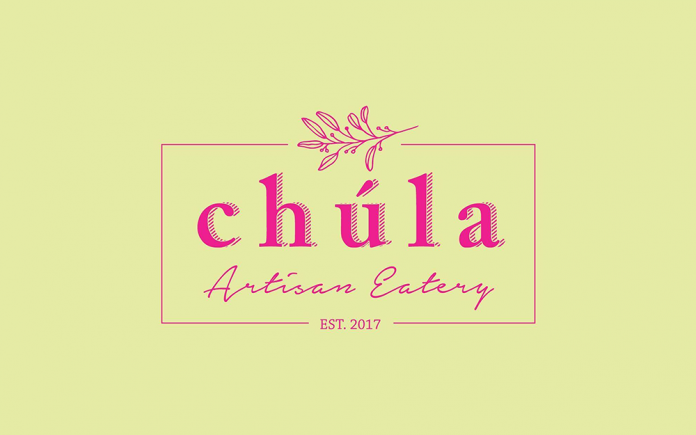 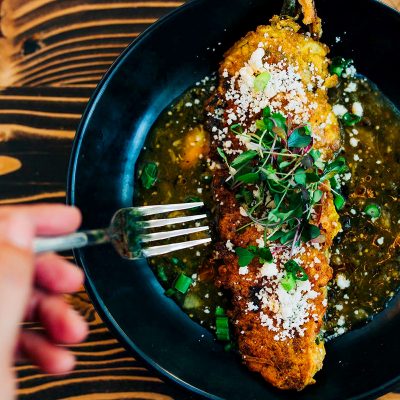 The show’s episode, “From Chicken to Chiles,” will feature La Quinta’s Chúla Artisan Eatery, owned by local chef Katherine Gonzalez, on Friday, July 15, at 9 p.m. EDT and then again on Saturday, July 16, at 12 a.m. EDT. Known for Gonzalez’s preparation of some of her mom’s traditional dishes made with the chef’s own creative spin, Chúla is dedicated to honoring its family’s culture and highlighting the products of nearby growers. Chúla’s Mom’s Chilaquiles will be Fieri’s highlighted dish, made with red or green sauce, sauteed house-made corn chips, pulled pork, chicken or vegetables, sweet onion, queso fresco, a poached egg, avocado, onion jam and micro greens. 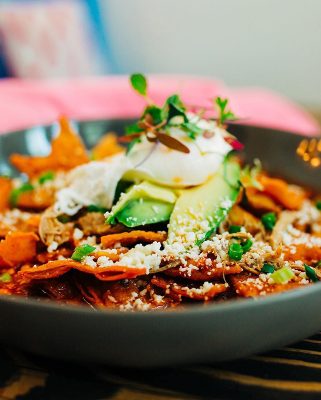 Having opened in December of 2017, Chúla was founded on Gonzalez’s upbringing in Southern Arizona, and inspired by her mother’s family from Chihuahua, Mexico, and her father’s family from Spain. She grew up enjoying Mexican-inspired comfort food and an appreciation for celebrating homemade food with friends and family.

“The name ‘Chúla,’ which means ‘beautiful’ in the Hispanic culture, is special to me because that is what my mom used to call me and that is what I call my daughter now. Other customers come in and say they have relatives or pets with that name as well, so it is an endearing term that brings a lot of people together,” shared Katherine. 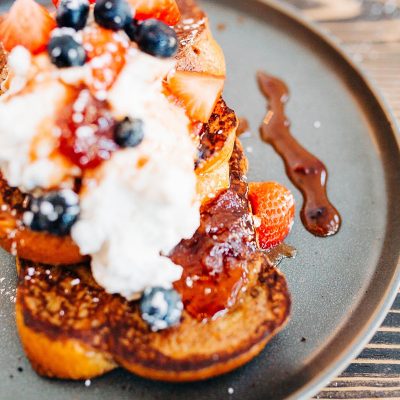 Katherine also had experience catering throughout California and selling homemade salsa and tamales, but longed to have a place where she could combine the fresh ingredients of a farmers market and locally grown inventory. Katherine opened Chúla with a commitment to creating more community and supporting local vendors, and her restaurant features many local brands and growers for her menu items.

“We don’t just open up a can and serve; that’s never been my calling. We make everything from scratch. Our tamales, red chili sauce—everything is handmade in a very labor-intensive process, but we know that it will taste better that way. Cooking is not heating something up and putting it on a plate. Customers can also tell the difference,” said Katherine.

Katherine had the privilege of growing up with her mother’s home cooking, recalling how frequently she would be served the same Chilaquiles recipe that Guy Fieri tasted during the filming of the “Diners, Drive-Ins and Dives” episode.

“We would have Chilaquiles with egg for breakfast sometimes when I was young, and I remember questioning why I couldn’t have Froot Loops or sugary cereal like my other friends ate for breakfast. Now looking back, I can’t believe that I didn’t appreciate the beautiful homemade food I was being served every day,” recalled Katherine.

The field producer of “Diners, Drive-Ins and Dives” had reached out to Katherine initially, revealing that they had picked twelve restaurants in the Coachella Valley to feature on the show and were narrowing down their selections to six. Representatives of the show looked at the Chúla backstory, menu, website, and Yelp reviews, and revealed to Katherine that her restaurant had made it to the final six. 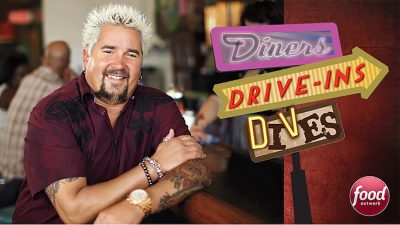 There were nine items from the menu that the Chúla team prepared on camera in front of the filming crew. The episode was filmed over the course of two straight days. Katherine recounts how Guy came in early in the morning on the second day of shooting to talk to customers.

“I was really nervous about meeting Guy. He’s a classically trained chef and I’m not. But he came in with this really jolly, funny, and open persona that put everyone at ease. It was great being able to work side by side with him,” said Katherine.

Katherine made two dishes from scratch in front of Guy. The first one was the pulled pork red chili Chilaquiles. Guy ended up loving it and eating the whole dish. The second item was the green chili bacon Monte Cristo, which consists of a large, beer-battered, deep-fried tortilla.

“It’s this rich, deep-fired quesadilla with bacon and chili, and we pair it with a house jam to give that sweet and salty character to it. Guy didn’t even know what to say when he ate it. After he tried our dishes, I fully believed in our product and knew it was good,” stated Katherine.

As for future plans, Katherine reveals that she will be opening a second restaurant, Chúlita, which will open in Indian Wells in the fall. Chúlita will serve breakfast, lunch, and early dinner. Katherine reveals that Chúlita will pay more tribute to her Spanish roots on her father’s side, incorporating a Mediterranean experience and significant wine selection. Katherine anticipates a late October/early November opening.

Chúla is open every day this summer for breakfast and brunch until 2:30 p.m. with exception to Sunday, closing at 2 p.m. Chúla also features a café and bakery that offers catering, workshops, special events and private dinners. For more information and to view the menu, visit the official website at www.chulaeatery.com or Chúla’s Instagram @chula_eatery.