“Woke up this morning and I got myself a beer! The future’s uncertain and the end is always near…” Roadhouse Blues by The Doors.

This famous line from rock legend Jim Morrison blasts through my alarm clock. It’s time to get up. I need to shower. I need to go to the bathroom. I need…water. It’s an absolute necessity. The human body will die without water. It’s going to be 110 degrees outside today. I definitely need water. I grab a bottle of water beside my bed and chug ‘til my thirst is satisfied.

It’s a pretty common routine but I’ve been researching a lot of issues around water for this article and am now hyper-aware of just how important and precious water is to each and every living being. In fact, I’m scared sh!$less. I pull back the water bottle and stare at it for a moment. I take water for granted. It’s there when I need it. I turn on a tap, stop at a drinking fountain or buy a bottle at the store. However, according to Canada’s Ambassador to the United States, Gary Doer, water is the new oil and future tensions will rise between the U.S. and Canada over water rights and supplies. A 2012 intelligence report from the U.S. State Department predicts global water shortages beyond 2022 that could lead to armed conflicts and failed states. Water is the new oil and I’m splashing my flip-flops through puddles of run-off on my way to my car. What if water wasn’t so accessible? Isn’t it my human right to have access to water?

“Access to water should not be a public right,” says (former) Nestle’ CEO Peter Brabeck in an interview from the documentary We Feed The World. In his humble opinion, as the leader of one of the twenty-five largest corporations in the world, water, “the most valuable raw material” on Earth, is best served in the hands of corporate authority. Maybe this is true or maybe this is just an absurd philosophy not shared by the masses of individuals that do not have access to water. 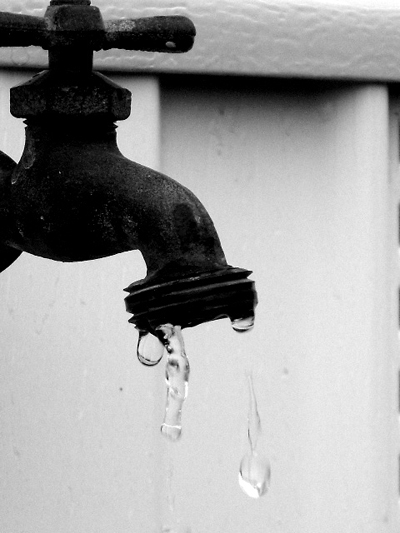 We are in the desert, a place that conjures thirst just at the mere thought of such dryness. With an ample three inches of annual rainfall, we should not be alarmed. Look around, golf courses are green, our lawns are green, the baseball and soccer fields all stay green, the medians are green, everything is green. After all, this is an oasis in the desert. Katie Ruark, Public Information Officer for the Desert Water Agency says, “In the Valley, 70-80 percent of our water is used for outdoor irrigation. The State is in crisis but the Valley is okay. We sit on top of an aquifer (think underground water storage) but still have the responsibility to look at water as Californians.” The agency has launched an awareness campaign called “Check Yourself” to help with conservation efforts. However, walk into any restaurant and you will most likely find a cold glass of water before you. So, what’s the big deal about water?

If you have not heard, more than 80 percent of California is experiencing extreme drought conditions of historic proportions. “Water Cops” are being hired. Heavy fines are being threatened for wasting water. One couple was told by their HOA that they needed to water their lawn more to rid the brown or be fined. The message was clear, keep the grass green (or the property values up with proper curb appeal). Said couple was also told by city authorities to curtail their water usage or face fines of $500, while the state approved fines of $500-a-day for individual water abusers and $10,000-a-day for urban water agencies should they fail to implement water conservation locally. And Governor Jerry Brown has asked that every Californian cut back water usage by 20 percent due to the state’s 1 percent increase (compared to the same period in the previous three years). So, I guess he’s trying to make up for lost time and bad water management over the last several years? Better late than never and he’s definitely not the only leader to blame for a culture of waste. So, how do we right our wrongs?

Thankfully, California has reached out to Lady Gaga for help with our water crisis. In partnership with the State of California’s drought awareness program Save Our Water, international pop superstar Lady Gaga has released a Public Service Announcement (PSA) asking Californians to join the effort and take extraordinary measures to save water during the drought. The PSA (and other info) is available on SaveOurWater.com, a new site designed to help Californians find ways to conserve at home and at work every day. The PSA also marks the launch of a new awareness campaign that emphasizes ‘Brown is the New Green’ (clever Gov. Brown) and asks Californians to let their lawn go brown by cutting back watering to twice a month.

“We’re thrilled Lady Gaga has joined the effort to Save Our Water,” said Mark Cowing, director of the California Department of Water Resources. “Conservation has always been a Californian value, but in this drought regular conservation isn’t enough…we have to take extraordinary measures to save water.” This is wonderful given that Lady Gaga did a recent music video at Hearst Castle and apparently wasted 300,000 gallons of water by chlorinating the water and rendering it unusable for irrigation. However, Lady Gaga did agree to make a $250,000 donation to the Hearst Castle Foundation to use the pool and film PSA’s showing Californians how to…conserve water.

And in fine celebrity fashion, Lady Gaga, the brand machine, was once rumored to be launching her own healthy version of bottled water. So back to Nestle’ and bottled water. Recent national attention is being directed towards Morongo. Why, say you? Well, Ian James, a reporter for The Desert Sun has been doing an investigative story: “Little oversight as Nestle taps Morongo reservation water.” Apparently, the sovereign nation does not have to report water usage. After all, they are sovereign, right? Well, since Nestle’ bottles Arrowhead and PureLife water from a “local” source on the reservation, some inquiring minds would like to know how much water has been taken over the last decade from this water source. Hmm. What a peculiar quandary. I’m sure Mexico would like to know what we did with their share of the Colorado River, too. So, who will save us Nestle’ or Lady Gaga?

Morty: “We’re in the middle of a drought and the commissioner drowns?
Man with Knife: “You’re a very nosy fellow, kitty cat…”
Walsh: “Forget it Jake. It’s Chinatown.”
Dialogue from the 1974 film Chinatown 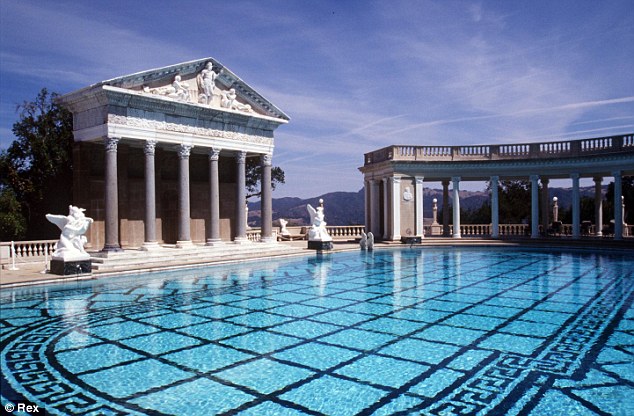