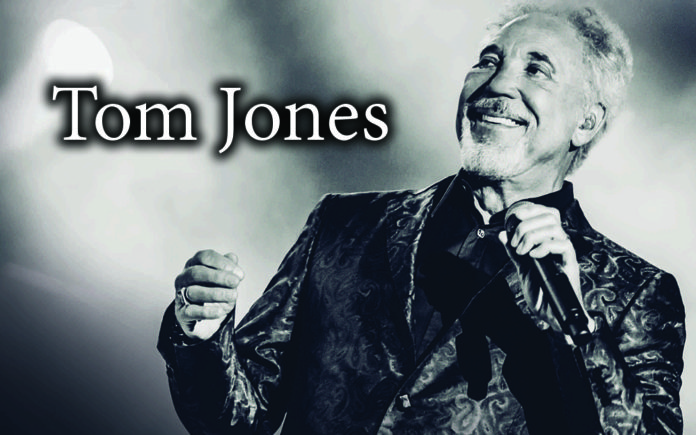 Tom Jones was born in South Wales in 1940 to a father who worked the coal mines of the Rhondda Valley. After quitting school at 15, working a variety of manual jobs, singing in the clubs at night and marrying at 17, Jones went on to sign with Decca Records in London. Blessed with a fundamental interest in a wide range of music, he is first-and- foremost an artist with a true rhythm and blues soul.

Following the success of his album, Praise & Blame, in May 2012 Tom released Spirit In The Room. Paired with producer/guitarist Ethan Johns at Real World Studios in England, Spirit In The Room, like its predecessor, allows Jones to bring a stripped-down version of his powerful voice to songs as only he can. Accompanied by Ethan Johns throughout, the album includes gems from diverse writers such as Richard Thompson, Leonard Cohen, Paul Simon and Paul McCartney. Spirit In The Room is simple, raw and soulful.

In 2015, Tom released his first ever autobiography entitled Over The Top And Back, and the book’s companion soundtrack entitled Long Lost Suitcase, which he actively promoted internationally.

Tom Jones is, above all, a living legend. He is one of the few musical artists who began his profession at the dawn of modern popular music and continues to have a vital recording and performing career to this day. His irresistible show traverses musical eras and genres, cuts across class divides and appeals to young and old, male and female, mainstream and cutting edge. Tom Jones has always been about the power of the song and the power of the voice.