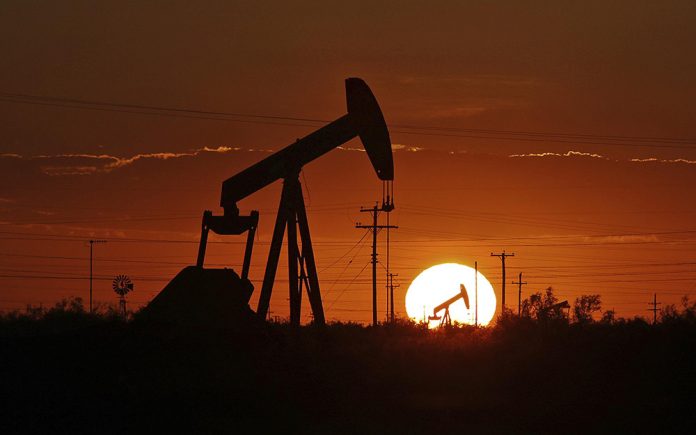 On April 20th, the price of oil went negative for the first time ever. At the close of trading, the price was a negative $35 per barrel.  What this means is that Party A was willing to give Party B $35 per barrel in order to avoid taking the delivery of the oil.

What happened was that a lot of unsophisticated investors charged into an investment with the intent of owning oil at these bargain prices via an ETF or Exchange Traded Fund. An ETF is essentially the same thing as the mutual funds used in most company 401k plans.

When the investors charged into the oil ETFs, the fund managers had to buy futures contract where they agreed to buy oil at a future date.  The contracts that they bought were to buy oil in the next month.

As these underlying futures contracts got closer to maturity, the ETFs had to sell the contracts to someone who would take delivery of the oil or unwind these futures contract.  Given that there are dwindling places to store oil, it cost quite a bit for the ETFs to buy their way out of these bad contracts.  While only a few hundred contracts traded at these prices, the negative price was a first for the oil markets.

This occurrence highlights a challenge to casual and some more sophisticated borrowers – you need to understand how the ETF achieves the investment objective that caused you to buy the fund.  For any investor would read the prospectus before investing, they would have seen the critical flaw in this type of investment.

Investors who bought the oil ETFs did so with the idea that they would hold oil via the ETF until the markets recovered.  Instead of buying into oil at roughly $20/barrel which might be held physically somewhere, investors actually bought expiring contracts that had to be liquidated.  Given the unprecedented level of investors in the oil ETFs and the massive supply gluts meant that there were no buyers of the futures that the oil ETFs had to sell.  As the ETF cannot take possession of the actual commodity, most contracts settled at an effective cost of $8/barrel.

What made April 20th so weird was that ETFs that short the oil market were down on the day as well.  Even though oil went from $20/barrel to $8/barrel, the ETFs that make money on a market decline had a bad day as well.

Whether you tried to go long on oil or short on oil on April 20th, you lost money.  The reason was because the spot price of oil was higher than the contract price.  To have an intra-day contango of $55/barrel is a first.

A contango is a situation where the future price of a commodity is higher than the spot price.  April 20th was weird in that the actual spot price of the commodity for those looking to take possession of oil was $20/barrel whereas a contract due to mature in 26 hours was trading at a negative $35/barrel.  The ETF holders were essentially over a barrel as no one wanted their contracts due to the fear that an issuer of a contract would force them to take possession of the oil.  Worth noting, 50 million more barrels are on their way to the United States from Saudi Arabia.

It is becoming apparent to many that the Saudis and Russians colluded in overproducing in order to crater oil prices.  Adding oversupply to a pandemic means that most U.S. and Canadian frackers and wildcatters will go bankrupt.  With fewer oil producers on the other side of this pandemic, the hope amongst these state-owned oil producers is more stable and higher pricing over the long-run.

The problem with their logic is that another company will buy these oil reserves at far lower costs adding to a long-term downward spiral in oil prices unless the oil producers of the world find a way to fix prices.