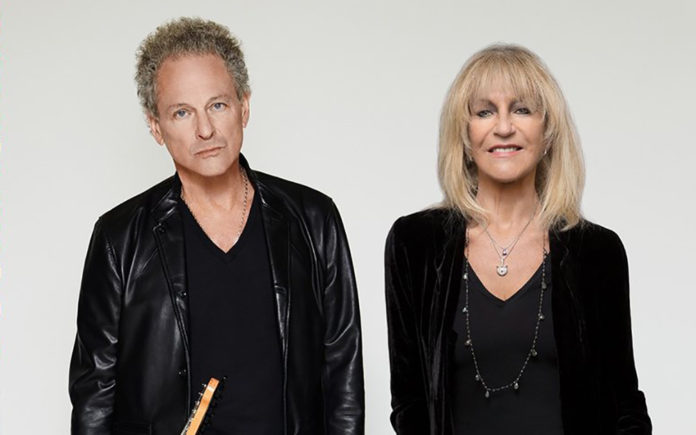 Most people think of Fleetwood Mac as the quintessential California band, few remember that it began half a century ago as a British Blues combo. Drummer Mick Fleetwood and bassist John McVie originally made their bones in John Mayall’s Bluesbreakers, the seminal outfit served as a springboard for Eric Clapton, Jack Bruce, (Cream), Andy Fraser (Free), and Mick Taylor (Rolling Stones) among others.

By 1974 the band had released nine albums and had relocated from chilly London to sunny Los Angeles. Mick was looking for a producer/engineer and a recording studio and so he met up with Keith Olson at (the now legendary) Sound City, located deeep in the heart of the San Fernando Valley in Van Nuys.

As a sample of his work, Keith played Mick Buckingham Nicks, an album he had recorded at Sound City the year before with the talented duo originally from Northern California. Lindsey Buckingham and Stevie Nicks had met in high school in Atherton, a small town near San Jose. They were a part of the Bay Area band Fritz, opening for Summer Of Love luminaries like Jefferson Airplane and Big Brother And The Holding Company. After a few years Lindsey and Stevie became romantically involved and moved to L.A. Their self-titled debut was released in 1973 and completely ignored by radio, the industry and music fans.

Mick Fleetwood not only loved Keith Olson’s production, he also loved Buckingham Nicks’ music. So much so that he invited the couple to join Fleetwood Mac. In 1975 the newly minted quintet released their second self-titled album, Fleetwood Mac. Lindsey, Stevie and Christine had each contributed original songs, and the record slowly began to climb the charts. Three singles hit the Top 20 and the album hit #1 on the Top 200. The only record to eclipse its sales was Peter Frampton’s live juggernaut, Frampton Comes Alive.

Two years later, Fleetwood Mac doubled down on the winning formula of Fleetwood Mac, releasing Rumours. Although the McVies’ were divorcing and Lindsey and Stevie had suffered an acrimonious split, the emotional sturm und drang fueled their art. Lindsey emerged as the band’s sonic architect. Like his hero, Beach Boy mastermind Brian Wilson, he was equal parts adventuresome and meticulous.

Something of a sun-kissed soap opera, Rumours couched scathing lyrics like “Loving you isn’t the right thing to do…packing up, shacking up’s all you want to do” in impossibly catchy, hook-filled melodies. The record spawned four hit singles and remained #1 on the album charts until the advent of the Saturday Night Fever soundtrack. It has since gone on to sell 40 million copies and is the second best-selling album in history.

Although they continued to make amazing records, like 1979’s Tusk and 1982’s Mirage, their multi-platinum success allowed the band members to indulge themselves creatively and pharmaceutically. In 1981 Lindsey, Mick and Stevie all released solo records, but only Stevie’s came close to matching Rumours’ epic sales. Christine released a solo effort in 1984.

By 1987, Fleetwood Mac was more of a business than a band. That year their Tango In The Night album sold well, but it’s sound was slick and polished. The endearing rough edges that gave their ‘70s albums character had been scrubbed clean. Even though he committed to a tour, Lindsey quit the band before it began. He insisted he felt creatively stifled in the group, placing commercial expectations above his more creative impulses. Stevie Nicks left in 1991 and Christine McVie soon followed suit.

Although the band reconvened for Bill Clinton’s inauguration, (the Mac song, “Don’t Stop” had become his campaign anthem), it wasn’t until 1997 that the most successful iteration of the band reformed. They recorded The Dance, live in front of an invitation-only audience. The unpluggy-ish album returned the band to superstar status and they toured together for the next year. But it was the last time Christine McVie would play with the band until 2014.

As a quartet, Fleetwood Mac recorded a new studio album, Say You Will in 2003. They toured sporadically, Lindsey and Stevie, and occasionally Mick, continued to make solo albums. In 2013, Christine had recently conquered a fear of flying and felt comfortable joining Mick Fleetwood’s Blues Band on stage in Maui. A few months later she joined Fleetwood Mac on stage during their performance at the 02 Arena in London. Less than a year later, it was announced that she was rejoining Fleetwood Mac. Tour dates sold out in minutes.

Mick hinted that a new Fleetwood Mac album and tour would be imminent, and Lindsey concurred. He and Christine began writing songs separately at a furious clip. But this time Stevie Nicks was the hold out, alternately insisting she was saving her songs for a new solo effort, or pointing out that studio time with the Mac has always been combative at best, and she wasn’t willing to subject herself to the turmoil.

But Lindsey and Christine were pleased with the music they created and decided to turn their efforts into a duets album. After a few months at Village Recorders in L.A. (in, coincidently, the same studio they recorded Tusk nearly 40 years ago), they collaborated together and the result is the just released Lindsey Buckingham/Christine McVie, which debuted in the Top 20 on the Billboard album chart.

The album gets off to a tentative start with “Sleeping Around The Corner.” Ringing guitar chords wash over bubbling percussion and pulsating keys. Initially, Lindsey’s vocals scratchy and raspy until Christine’s dulcet tones join him on the chorus. The cryptic lyrics seem alternately about illegal immigration, an illicit assignation or a pledge of romantic commitment.

Three of the songs here are straight ahead collaborations, which is a first for this pair. On “Feel About You” Christine handles lead vocals. A chugging rhythm, hiccup-y synth accents and twinkling guitar add ballast to this buoyant tune. Lindsey’s layered Doo-Wop style backing vocals cushion Christine’s sweet soprano as she croons “You’re honey in my tea, your jam it tastes the sweetest to me, this love I feel for you I can’t conceal.”

“Red Sea” locks into a loping mid-tempo groove, as lush vocals and plaintive guitar intertwine. The lyrics are tinged with romantic regret over a failed relationship; “Slowly breaks the dawn again, heralded by the sun, my favorite time of day or so I thought when we began/My mind is filled with journeys echoed with your smile, no, you won’t take that away from me even if you tried.”

“Too Far Gone” is particularly wonderful, a return to the spiky eccentricities that made the “Tusk” such an enduring classic. Stinging, serpentine guitar riffs coil around buzzing bass lines, soulful keys and kinetic percussive blasts that detonate like smart bombs. The melody shares some musical DNA with the old Mac chestnut, “World Turning.” Lindsey’s overdubbed guitar army, crackles with electricity, its caustic crustiness only slightly mitigated by Christine’s sweet n’ sour vocals.

Lindsey’s solo compositions take up the most space on the record, which isn’t a surprise, in the world of Fleetwood Mac he has always been the most prolific and experimental writer. The percolating “In My World” is powered by rippling castanet-like percussion and shimmery, incandescent guitar. The lyrics feel like a catalogue of platitudes until the listener zeroes in on this explicitly political couplet “Fare, farewell liberty, maybe we’re lost without the cost of who we used to be.”

Ironically, Lindsey’s guitar is the real star on “Love Is Here To Stay.” The melody is Elizabethan and Folky, his vocal delivery both courtly and articulate, and Christine’s honeyed harmonies add to the song’s sleek patina. But it’s his liquid arpeggios that steal the show. Feathery filigrees cascade over light percussive touches and a handclap rhythm. it’s simply a gorgeous song.

The thwacking drum beat that opens “Lay Down For Free” echoes the quirky Dream Pop of his first solo single, “Trouble,” (all that’s missing is his manic count-off of “two-a-three-a-four”). But the track quickly downshifts, showcasing a kinder, gentler Lindsey. The tune is anchored by pinging synths, a plinky toy piano and a percussive crunch. As their ethereal vocals intertwine as he insists he won’t surrender his dignity and “lay down for free.”

Other interesting tracks include Lindsey’s breezy “On With The Show” and Christine’s aching piano ballad, “Game Of Pretend.” On the latter, it’s heartening to note her voice remains virtually unchanged from the Rumours days.

Christine has the final word with the autumnal closer, “Carnival Begins.” Propelled by a chunky backbeat, roiling bass lines, fluttery keys and Lindsey’s tensile guitar, the melody is plaintive and her vocals yearning. A quiescent end to a record laced with surprises.

While Christine stayed in her lane, handling vocals and keys, Lindsey is all over the road, (in a good way), tackling guitars, keys, bass, drums and vocals. Last, but not least, grounding Buckingham McVie’s ambitious flights of fancy are Mick Fleetwood on drums and percussion and John McVie on bass.

This duo doesn’t position themselves as a Johnny & June, George & Tammy, or even a Sonny & Cher. Lindsey and Christine sing with each other, not to each other. But what they lack in romantic frisson they make up for with an easy-going camaraderie.

For all intents and purposes, this is as much a Fleetwood Mac Album as Say You Will was 14 years ago. That said, it’s a winning effort, leaning closer to the glossy Mirage, than the roughhewn Rumours. To paraphrase “Casablanca,” it feels like the beginning of a beautiful friendship.