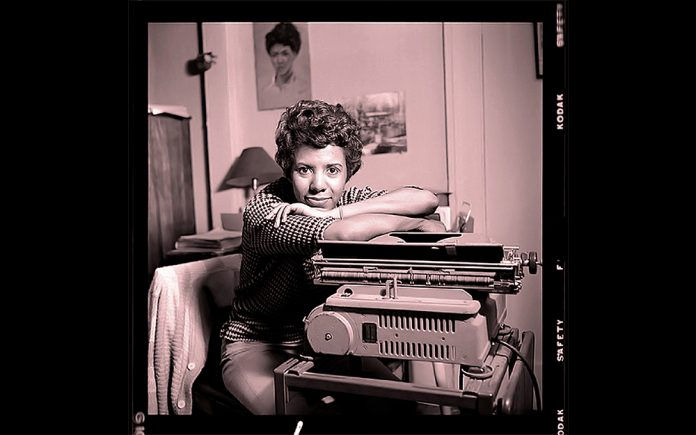 The Great Depression of the 1930’s was a devastating time.  While Al Capone made a name for himself as the FBI’s most wanted, Broadway was producing shows such as “Porgy and Bess.”  Set in an African American community and featuring an all-black cast, the show was written and scored by the all-white team of DuBose Heyward and the Gershwin brothers.  Porgy and Bess was a hit, at the expense of its racist and derogatory portrayal of African Americans.  The stage has always been a reflection of American culture and societal norms, the good, the bad and the ugly.  As Broadway cheered on the success of shows such as Porgy and Bess, the granddaughter of a freed slave was growing up on the South Side of Chicago. She would become a playwright whose work would bring black voices to the stage.

In the month of June, as we celebrate LGBTQ Pride and the streets are claimed by activists demanding justice for the black community and stages have gone dark for fear of a deadly, unseen enemy, it is important to remember a playwright who represented all that we are.

Lorraine Vivian Hansberry, born May 19, 1930, knew firsthand the barriers she faced as a woman, who had only just received the right to vote a decade before her birth, as a black person living in a racist, segregated world and a lesbian who would never know complete acceptance in her lifetime.  Hansberry, moved to New York when she was twenty, attended the New School for Social Research and worked for Paul Robeson’s progressive black newspaper, Freedom, as a writer and associate editor until 1953. She also worked part-time as a waitress and cashier, and wrote in her spare time. 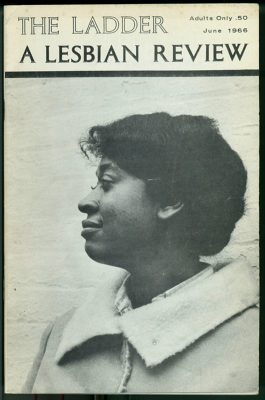 In 1957, she joined the Daughters of Bilitis, the first lesbian civil and political rights organization in the country.  She contributed letters to their magazine, The Ladder, about feminism and homophobia. Her lesbian identity was exposed in the articles, but she wrote under her initials, L.H., for fear of discrimination.  Historian Lillian Faderman wrote that, “Its (Daughters of Bilitis,)  very establishment in the midst of witch-hunts and police harassment was an act of courage, since members always had to fear that they were under attack, not because of what they did, but merely because of who they were.”

As a member of several oppressed populations, Hansberry was an activist for civil rights of the African American Community, women and lesbians.  In 1963 she met personally with Attorney General, Robert Kennedy, to discuss his position on Civil Rights.

“What happens to a dream deferred? Does it dry up like a raisin in the sun?  Or fester like a sore And then run?   Does it stink like rotten meat?   Or crust and sugar over like a syrupy sweet? 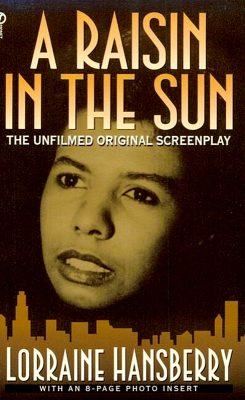 Raisin in the Sun, was the first play produced on Broadway, that was written by an African-American woman.  Hansberry was also the first black playwright and at 29, the youngest American, to win a New York Critics’ Circle award.  Her play told the story of an impoverished black family who come in to a small sum of money and strive to improve their lives and realize dreams, yet are often faced with disappointment instead.

Hansberry’s second play, The Sign in Sidney Brustein’s Window, also opened on Broadway, but did not receive the acclaim of her first play. Her other plays include; Les Blancs, The Drinking Gourd, What Use Are Flowers?, To Be Young, Gifted and Black.  Hansberry also left written materials including unproduced playscripts, teleplays, screenplays; short stories, poems, and nonfiction writing, including essays, lectures, speeches, and articles; photographs and artwork by and of Hansberry and personal materials including diaries, journals, letters, autobiographical notes, and other materials.

In 1964, the same year The Sign in Sidney Brustein’s Window opened, Hansberry was diagnosed with pancreatic cancer. She died on January 12, 1965 at the extremely young age of 34.    Lorraine Hansberry is an historical figure that should be remembered and honored in the history of theatre, as well as the civil rights movement.  She was the first to be recognized for her efforts to reflect black lives on the American stage. She lived a life that reflected who she was, as a woman, a person of color and a lesbian.