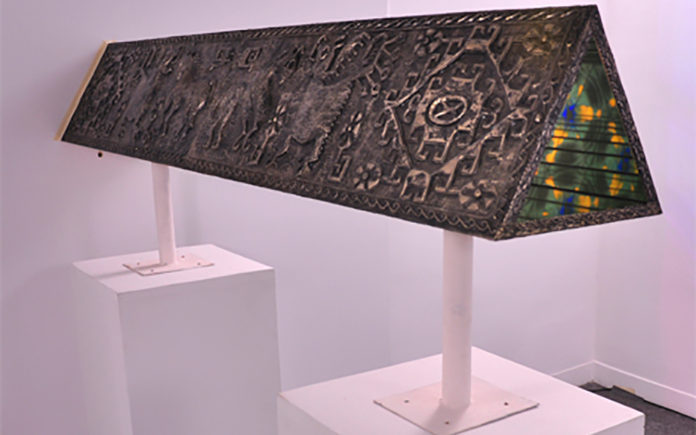 Lucia Grossberger Morales is a reminder of the American Dream. She was born in Catavi, Bolivia during the Revolution of 1952. In 1955, her family immigrated to the United States and settled in Southern California. She received her B.A. in Anthropology and her M.S. in Instructional Technology from the University of Southern California. 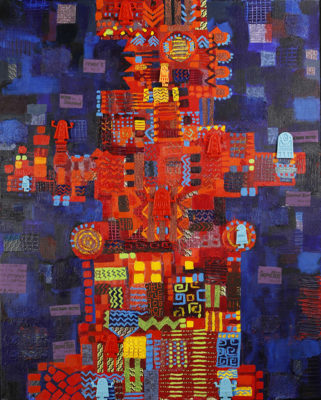 As an artist Lucia saw the potential of the computer as an artistic medium. In 1979 she began her artistic exploration with an Apple ll Computer. At that time, the concept of computer-generated art was novel. Adobe Illustrator made its debut in 1982. Corel Draw would not be introduced until 1987. Photoshop would debut in 1988. To be a computer-generated artist in 1979 was a challenge. To be a female in the male dominated CGI world at that time was unheard of! But Lucia was unbowed and undaunted.

“Silicon Valley was electrifying during the 80s and 90s. In those years companies were producing personal computers and the World Wide Web was making the Internet available to all. This was the beginning of computer games,” said Lucia. “I was struck by the possibility that a game could be a piece of art. The idea that a work of art could be interactive was not new- interactivity was part of the Happenings in the late 60s. Interactive art requires the user’s input to complete the artwork.”

“I created, A Mi Abuelita, a Dia de los Muertos in 1992. It is shrine to my Great Grandmother. The shrine included traditional elements, such as photos and plates of favorite foods. But the top of the alter held a monitor which used Connect technology. In 1992, when this was exhibited, Connect software was almost unheard of. In A MI Abuelita when a viewer approached the shrine, they would see their image on the monitor. Then unexpectedly, a skull would emerge and start laughing.” 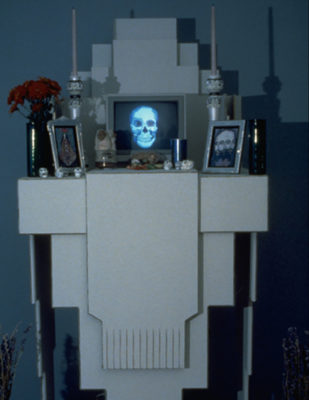 Lucia’s interactive installations, videos and CD-ROMs have been exhibited in museums, galleries and film shows the United States, Latin America and Europe. Her latest work will be shown at the Tolerance Education Center, Rancho Mirage.  The mission of the Tolerance Education Center is “to promote tolerance, civility, respect and understanding by the elimination of atrocities, hatred and bigotry.” To that end, Lucia, along with Cuban born artist Juan Manuel Alonso and Filipino born Marconi Calindas, will present Immigrant: Three Artists Consider the Influence of Their Homeland.

“This exhibition allows us to show, through our respective artwork, the conflicts of our homelands as well as the conflict and inspiration of identifying with two cultures, our birth land and our adopted country, the US,” said Lucia. Lucia’s work will include video and interactive light pieces.

Immigrant: Three Artists Consider Influences of Their Homeland opens September 17 and runs to December 15. A panel discussion will ensue on September 17 at 3:30 pm. For more information visit www.toleranceeducationcenter.org