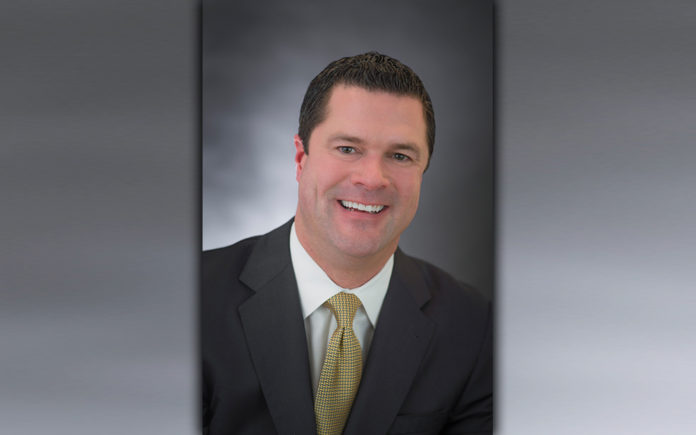 True passion is crafted from years of dedication, hard work, and experience—something of which Dax Davis is all too aware. Davis is Director of Sales and the Director of Content at Alpha Media in Palm Springs, a company that operates multiple radio stations across the country and streams on a variety of platforms.

Davis grew up in Longview, a small town in East Texas about 120 miles east of Dallas.  That was where he began his career in radio at the age of 15, while working at his high school newspaper. One of the local radio stations switched formats to Top 40, and this was unique because no local station had played that kind of music before. The only Top 40 stations that Longview could pick up were either out of Dallas or Shreveport, Louisiana.

Davis quickly became a fan of the station and decided to do a feature story on the station’s new format, and since he was only 15 and didn’t have a driver’s license, he had to convince the editor of the newspaper to drive him to the station. With his miniature tape recorder in one hand and steno pad with 30-plus questions in the other, Davis walked into the studio to interview the Program Director. That moment would end up changing the course of his life.

“For the first time in my life, I experienced a burning passion that was so strong, I became obsessed. I remember how excited I was on the ride back to my high school to write the story and telling my editor that I wanted to be a DJ, but there was no way I could do it because I was only 15. As I wrote that story I listened to the mini-cassette interview over and over and over again… Every time I would hear it, I could visualize it happening in my mind and I would feel the same way I did when I was actually in the studio. I had decided that I didn’t care if I was just 15, I was going to be a radio DJ,” shared Davis.

His mind already made up, Davis started on improving his radio voice, recording DJs off the air on his jam box to practice speaking like them and also speaking like that to friends and family. One day a classmate told Davis that her mother was friends with the evening DJ at the country station in town and she could introduce him to her. That prompted his parents to drive him to the KYKX-FM station to meet the DJ who started helping Davis put together a real demo tape. A couple of months after that, the Program Director of KYKX gave him his first radio job.  Less than a year after first interviewing that DJ for his high school newspaper, Davis had fulfilled his dream of becoming a radio DJ at 15 years-old.

Davis later graduated from Baylor University with a BA in Broadcast Journalism while working for CBS radio in San Antonio, and was in Oklahoma City working for Citadel Broadcasting before moving to the Coachella Valley in 2015.

“Alpha Media was in the process of purchasing two local competing radio groups and needed a management team to bring the two groups together under one roof, and I was up for the challenge. I had never been to California before, and the furthest west I’d ever been at that time was Las Vegas,” said Davis.

Being both the Director of Sales and Director of Content, Davis’ job is a combination of two very important positions within any radio station: overseeing the sales department and overseeing the programming department. He is one of two managers in the sales department, which generates revenue by selling audience access to local businesses through commercials and promotions. The programming department generates ratings by getting the station more listeners and getting those listeners to listen more often.

“I get the most happiness and satisfaction working with new advertisers, especially when they have never done advertising before.  It is such an awe-inspiring moment when you have someone who trusts you to generate a return on the investment they are making with the radio station. On the programming side, our Content Directors and Air Personalities are the cream-of-the crop.  It is so much fun working with such a creative, funny, and passionate group of broadcasters,” stated Davis.

When he’s not in the studio, Davis enjoys cooking and has just gotten back into oil painting. He credits his father and his former Market Manager from Oklahoma, who is now Alpha Media’s Chief Operating Officer, as the biggest role models in his life.

“I’ve been fortunate to have many high-points in my career.  Most are ratings and revenue-based.  Some are operationally-based, like the launch of a new format or the revamp of several formats at one time.  Those are all important.  But the biggest highlight of my career is one that is ongoing.  It is the ability to surround myself with smart people when I feel dumb on a subject, and, conversely, the ability to surround myself with smart people who disagree with me when I feel smart… Don’t be afraid to crash and burn, just be smart enough to know when to eject,” said Davis.