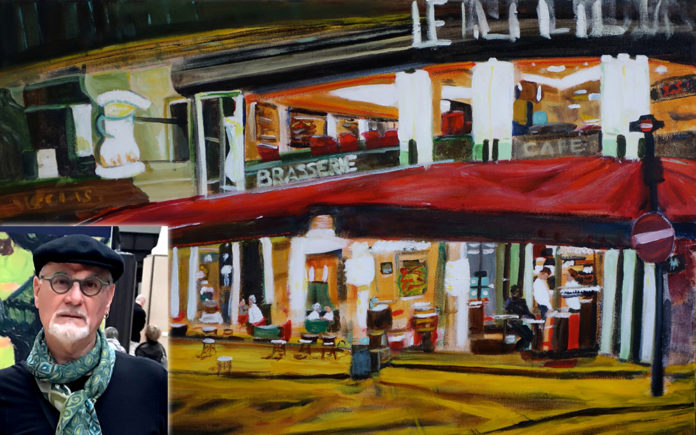 One has to take notice of a Renaissance man; one who can write poetry, compose a song, paint a portrait, cut a dashing figure and fix a broken faucet. Rex Maurice Oppenheimer is all that and more. 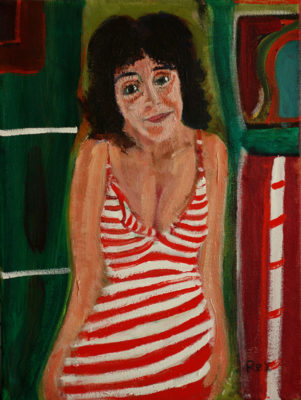 Holding French and American citizenship, Rex’s art is an amalgamation of “wanderlust, romanticism and artistic passion.” Rex’s unconventional life took him through four continents and various employments, from songwriter to vagabond with a dash of the dark side just for flair. These experiences have proffered the subject matter for all of Rex’s artistic works.

“I have written nonfiction and fiction works. My poetry began with the hubris of youth but settled into the wisdom of experience. My writing, in fact all my art, is my experiences and me. Sometimes raw. Sometimes idealized. Always me.”

“My painting is empowered by my ability to place pigment on a canvas,” said Rex. “That, in turn, allows me to create the color, texture and form of people, places and things in a way that somehow displays and evokes more than just ‘those things.’ It reveals magic in the ordinary and speaks to a mystical connection, a feeling more than a thought, with those forms.”

Primarily self-taught, Rex studied briefly with Santa Fe based Artist Roger Williams. Williams’ paintings tell of where he has been and what he has seen. Like Williams, Rex’s landscapes are beautiful places that have held him captive. “Color and design are essential elements in my work, and while it has strong representational aspects, these elements incorporate large doses of abstraction and imagination. I hope to find the intersection of the unknown and the commonplace, to bring the soul of the mountain to the surface of its stones,” continued Rex.

Rex’s work is not limited or bound by landscape, abstraction or figurative. It is distinctly his work – void of the critics’ conventions that an artist “must be” or “must do.” Rex is not afraid of bucking those notions “I know very well that galleries and critics like an artist to present groups of paintings whose similarity appears as an identifiable body of work. I understand and appreciate that, yet as an artist, there are some rules and laws I must, or choose, to obey, that isn’t one of them. I paint bold and fast, guided only by my love of creation.”

Rex’s is currently showing at ART IS Gallery, Westfield Mall, Palm Desert. His work is also part of a two-person show at the Simeon Den Gallery in Cathedral City. “That show,” noted Rex, “is titled Landscapes – Virtual and Abstracted. The show includes works by photographer Gary Borgstedt, whose work comprises imagined landscapes that he fabricates out of fabric and then photographs. I thought it was a great idea, and indeed I believe the show speaks for itself.”

I have slithered through the Underground

And been chauffeured in Rolls Royces

I’ve been sober, I’ve been drunk

Been a playboy, and a punk,

And I still don’t know