Mark’s Place is a local sitcom that remains a love letter to the desert while infusing some Chicago-based sensibilities to the script. Now in production of the sixth episode in the series, the cast of Mark’s Place consists of local talent and a dedicated production team. 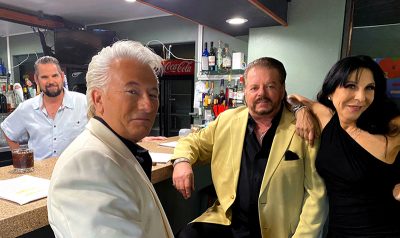 The show is directed, produced, and written by Sonny Vellozzi—a veteran of the entertainment industry for over 20 years. The plot follows an Italian mobster named Joey D. Alfonso (played by Marcus Lantero) from Chicago who relocates with the help of The Witness Protection Program to Palm Springs with his wife and kids. Now going by the name Mark Murphy, Mark opens up an Irish pub and is expected to not draw too much attention to himself. However, he continues to find himself in crazy situations with a colorful cast of characters.

“Every day on set brings something special. All of the characters come with their own persona and it’s a great crew. Us actors don’t do anything without the crew, so we owe it to them to put on a good performance. I love being part of the show and the atmosphere of it is something I enjoy every part of,” said Lantero. 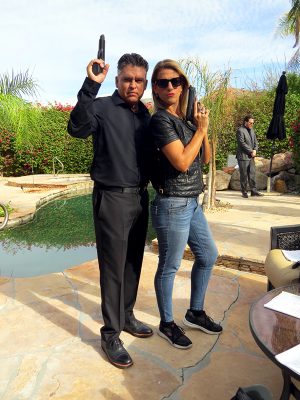 Showrunner Sonny Vellozzi is doing his part to pay homage to the Coachella Valley by including Palm Springs-based actors and desert locations in Mark’s Place. He even takes suggestions from others about which areas to feature in future episodes. It normally takes about three days to shoot an episode, with another half-day sometimes needed for pick-up shots.

“I like to keep things fresh with new locations and trying to imagine what kinds of situations the characters would encounter there. My job as a director has remained consistent throughout production, but my role as a writer is always changing and evolving. We are releasing the first season episode by episode, so I really take my time with writing the scripts,” said Vellozzi. 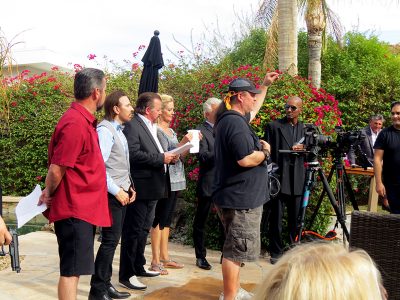 The script-writing process is not something that is planned ahead and Vellozzi does not strive to finish a certain number of pages per day, choosing instead to make the process more naturally progressing once inspiration strikes him.

“Once I get going on a script, I could easily write 16 pages in one sitting. All of these characters are in my head and I know what they would say or do. It comes pretty easy now, but at the beginning of the show, it was harder because I was just working with a template. But after each episode, it gets easier to write once you know the characters more,” said Vellozzi.

Now equipped with a larger budget than at the beginning of the series, Vellozzi is set on expanding the show as much as possible, including the addition of more seasoned actors from around the world. Joseph D’Onofrio, known for acting credits in Goodfellas (1990) and A Bronx Tale (1993), is featured in Mark’s Place. 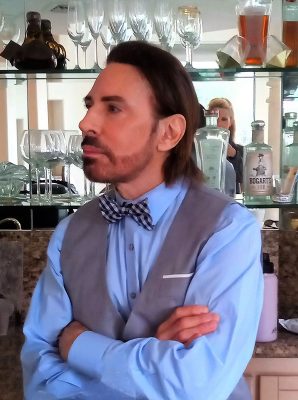 “My character is a private eye that dresses up in different disguises. I was Santa Claus the other day, I’m an Arab Sheik in the upcoming episode. The wardrobe people and everyone involved in this show are excellent. I love playing this character because he’s smart in a quirky way,“ stated D’Onofrio. He also teases that there is more action coming up in episode of six of Mark’s Place.

Filming a sitcom during the COVID-19 pandemic has proven to be possible with the right safety measures taken. Jennifer Rae Berry acts as the Production Manager and the COVID-19 Compliance Officer on the set of Mark’s Place. Berry’s duties as the COVID-19 Compliance Officer include making sure the crew and cast are following the health safety guidelines not only for the city of Palm Springs, but Riverside County as well. She makes sure that everyone on set has their temperatures checked once they arrive and that they fill out a COVID screening questionnaire, asking if they are experiencing symptoms or have recently been tested.

“We are taking every precautionary measure to ensure that everyone is safe. I make sure that everyone is organized and checked in when we begin shooting. But before we do anything, I take care of the COVID procedural guidelines first. Safety comes before pay roll,” explained Berry, who has been part of the entertainment industry for almost a decade in projects locally and in the L.A. area.

The cast and crew of Mark’s Place are continuously grateful for the praise and encouragement they have received from viewers. Vellozzi is proud to know that even though the sitcom has garnered a following on the east coast, a vast majority of Mark’s Place fans are from the desert.

“I want to thank our fans from the Coachella Valley. We have a large fan base here and we really appreciate their support,” stated Vellozzi.

All episodes of Mark’s Place can be found on Amazon Prime Video.