In the face of the adversity, Marvel Comics has done it once again. They’ve offered diverse cast of characters who deal with both far-fetched and realistic problems in “The Champions”!

Written by Mark Waid and featuring art by Humberto Ramos, the monthly comic title not only features fan-favorite characters like the new Spider-man, Miles Morales, and Kamala Khan (the new Ms. Marvel), but also challenges the entire cast beyond the standard “super hero status quo”. 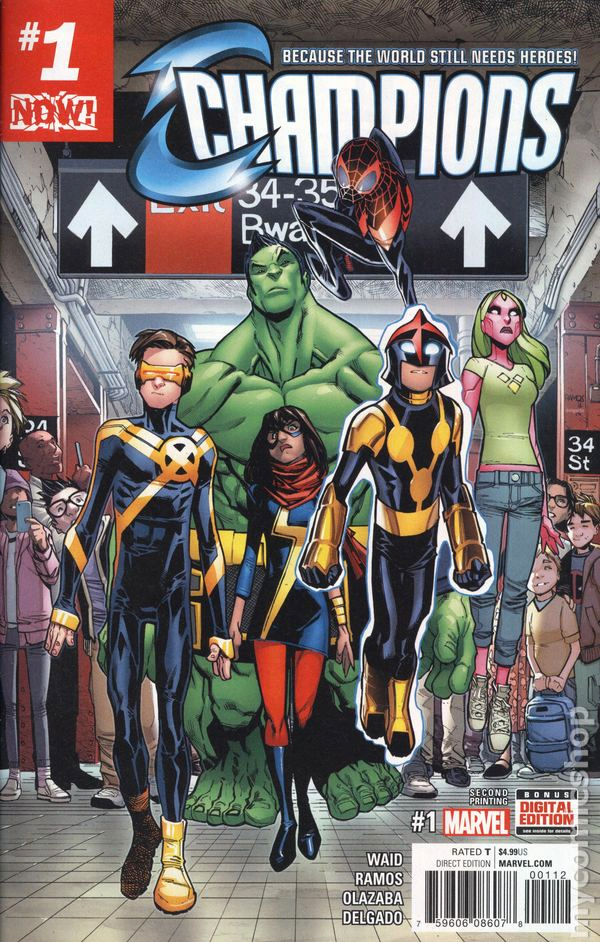 Picking up after the events of Marvel’s last big company crossover “Civil War II,” Ms. Marvel, Spider-Man, and Nova quit the Avengers to make a real difference;  they’re sick of just getting in fights with super villains and then letting someone else clean up the mess afterwards. Rounding out the cast is the new Hulk, Amadeus Cho, Viv Vision (the “daughter” of Vision, the Avenger’s resident android), and a time-displaced younger version of the X-Men’s Cyclops.

What makes this book great is how easy it is for fans to identify with the characters and the conflicts they face, because they mirror what the reader might deal with. Yeah they get in battles with super villains and the standard comic book drama, but they also face real-world problems.

For example, Ms. Marvel is a young Muslim teenager with inhuman powers, living with her family in a post 9-11 America. Spider-man is a black Hispanic teen, dealing with growing up and trying to find his own voice, on top of living in the shadow of the first (and still alive in his own title) Spider-Man. Nova comes from a home where his father (who claims to have also been a superhero of the same name) is an alcoholic currently working as a janitor. As for Viv Vision, she’s trying to find her identity. She wasn’t born; she was made, and is trying to figure out her purpose in the world. Cyclops is living in the shadow of the man people expect him to be…which is himself. I know it sounds weird, but this younger version of Scott Summers is trying to not repeat the mistakes that the older, more radical version of himself made (like killing Charles Xavier). He is in the process of trying to start his life over. Lastly the Hulk, Amadeus Cho, is a young man of Asian descent. He also happens to be one of the smartest people on the planet, and is out to prove to the public that just because he’s called “the Hulk” doesn’t mean he can’t make a positive difference in the world.

So those looking for a title that not only offers characters which readers of all walks of life can identify with, but also features great art, make sure to pick up an issue of “ The Champions” today!