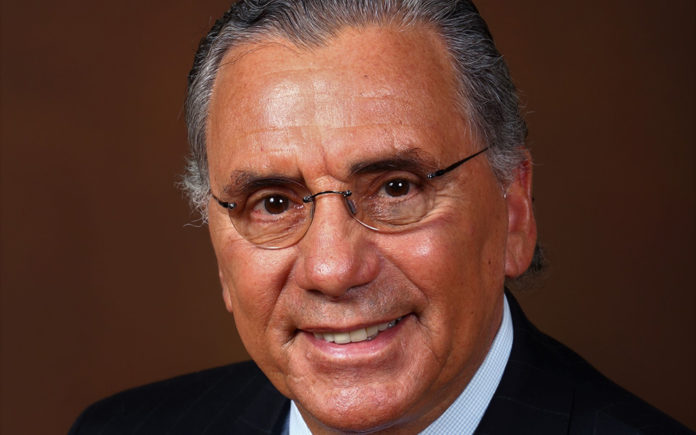 Recreational marijuana or technically, adult consumption, is legal. At some point next year, cannabis will be available to purchase over the counter, potentially, as easy as buying a six-pack of beer.

If you’ve been waiting for the end of marijuana prohibition since 1970, and are looking forward to once again sharing a bong with your pals at poker night, or smoking a fat blunt while watching the sunset, you may be surprised by the potency and addictive qualities.

“The cultivation industry has been able to concentrate the THC,” said Harry L. Haroutunian, M.D., President, Dr. Harry Recovery and Wellness Network in Rancho Mirage. “Pot today has enormously high levels, so it has a very significant affect.”

Haroutunian, who goes by “Dr. Harry,” is an internationally known speaker and presenter specializing in Addiction Medicine and Recovery Issues. He came to the CV in 2001 and worked for a decade at the Betty Ford Center.

“Craving for the substance, loss of control, persistent use, adverse consequences, are the primary hallmarks of addiction,” said Harry. “The definition of addictive symptoms is pretty much the same for marijuana as it is for alcohol. There’s some tolerance built. So there’s a need for more and more to produce the desired effect.”

Harry has seen an up-tic in marijuana-addicted patients over the last year. Especially disconcerting to Harry is the younger people who come to him for help.

“Many are still minors or in their early 20s,” said Harry. “It becomes a failure to launch situation. The lack of motivation is more specific to marijuana than other drugs. Marijuana’s continued use in these developing brains has significant consequences, especially since the marijuana today is so much stronger than it was years ago.”

Harry has seen kids using marijuana medicinally for everything from pre-menstrual cramps to headaches. Marijuana edibles appeal to kids and are particularly dangerous.

“It’s really in the younger population that marijuana scares me the most,” Harry said.

Since 2014, more of Harry’s patients claim marijuana as being the primary drug of choice, whereas before in treatment, it was rarely mentioned. Marijuana was an ancillary drug.

“I don’t have any problem saying that,” said Harry. “More patients present marijuana as a significant part of their history. Let there be no doubt about it, the middle age and older people I treat on a regular basis have certainly identified marijuana in many, many cases as the gateway drug to their addiction.”

Harry also says that marijuana is the main gateway to tobacco products and nicotine addiction, which kills 480,000 Americans a year!

For those folks who use medicinal marijuana with a pointed purpose for sleep, pain relief, arthritis, cancer, chemotherapy, nausea, weight gain, glaucoma, Harry sees the marijuana as beneficial.

“If they are able to take a hit or two, and be satisfied that life is in a well-balanced state, and if it helps avoid the use of opioids, I don’t have a problem with that,” said Harry.

With opioids over-prescribed and opioid deaths at epidemic proportions, many believe marijuana is a way to help people overcome their opioid addiction.

“I don’t know of any studies done to know if that is even possible,” said Harry. “If someone has legitimate chronic pain and can get some relief, it certainly seems to be a better alternative than reaching for the Vicodin or Oxycodone.”

“There is a reason the human body has so many cannabinoid receptors,” said Harry. “Cannabis has been around in Chinese medicine for thousand of years. I’m not a naysayer. I do think there is probably some wonderful place [in medicine] where it can be used.”

Marijuana is a “Schedule 1” Controlled Substance on the same list as heroine and crack.

Harry believes that segments of our society have been unfairly prosecuted because of marijuana. And, he would like to see some of the money cannabis businesses are making go to the testing and research of marijuana.

But, for those things to happen, marijuana would have to be decriminalization by the federal government. The current administration has shown no interest in the subject.

“Marijuana does not have an exact strength,” said Harry. “It is not cut in exact dosages. You can take 325 mg of aspirin, without a problem. Because it’s been measured and the dosage is reproducible from pill to pill, and the size of the pill will tell you the milligrams you’re getting. Marinol is out there as THC. Why not just go to a pill form? I think it’s because people want to smoke the product instead.”

For the time being, marijuana is non-pharmacopoeia – there are no directions or exact formulas to guarantee or accurately reproduce dosages of marijuana, edibles or other marijuana based products.

“It’s just a crapshoot. It’s like having a shot-glass of tequila, and then the next minute you’re having a water bottle of tequila. It’s 50-proof one time and maybe 150-proof the next. It can be twice as potent, or three, or seven times! That’s the problem.”

According to Harry, the long-term dangers of marijuana include cognitive difficulties, respiratory problems, “failure to launch” and socio-economic impact due to the lack of motivation — a known syndrome related to marijuana use.

As a doctor, Harry is not a proponent of recreational use marijuana.

“You are either straight or you’re stoned. Marijuana seems to be designed just to do that,” said Harry. “There are more limitations on people’s ability to perform or earn a living, they leave school and are unmotivated. There’s a reason they call it ‘stoned.’”

Marijuana users and advocates consistently point out that there have been no deaths caused by marijuana.

“There are people who have more than they are able to handle, and end up in the emergency room, where the diagnosis is ‘overdose,’” said Harry. “You’re not supposed to go to the emergency room with a panic disorder because the pot you smoked was too strong. Maybe there is no such thing as marijuana stopping your breathing. But, there is such a thing as too much marijuana and you drive into a tree. So there are marijuana related deaths.”