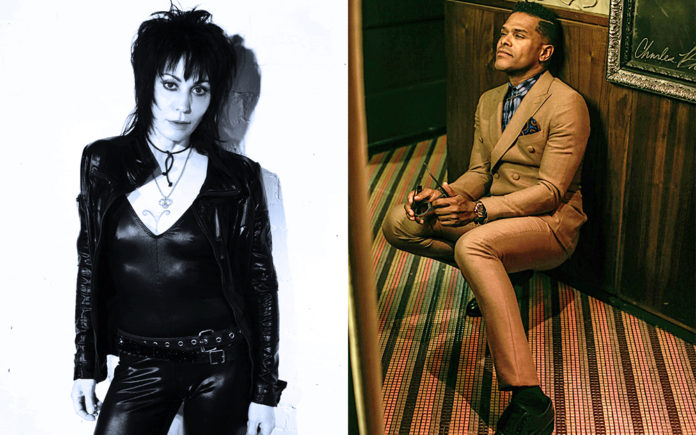 Here in the desert, Memorial Day weekend is the traditional farewell to “season” — one last chance to celebrate with friends and family before the cruel summer commences. At Fantasy Springs Resort Casino in Indio, you can do just that all weekend long with amazing live music at the Special Events Center, free tribute shows at The Rock Yard, and even a chance to win tickets to see one of the Fab Four in concert in L.A.

The fun starts Friday, May 24 with Brooklyn-born singer-songwriter Maxwell performing at the Special Events Center. The three-time Grammy Award winner helped shape the late ’90s Neo Soul movement with hits like “Ascension (Don’t Ever Wonder),” “Fortunate,” “Lifetime,” and “Pretty Things.” His ambitious BLACKsummers’night trilogy, which began in 2009, concludes with the forthcoming third installment due out later this year featuring the single “Shame.”   Tickets for the 8 p.m. performance are $59, $79, and $99, available at the Fantasy Springs Box Office, via phone (800) 827-2946 and online at www.FantasySpringsResort.com.

The party continues Saturday, May 25 with a FREE tribute to The Beatles at The Rock Yard starting at 7:30 p.m. Open to ages 18 and up, attendees will have a chance to win tickets to see Paul McCartney on July 13th at Dodger Stadium.

Billed as “Southern California’s No. 1 Beatles tribute show,” Hard Day’s Night has been thrilling audiences with tight harmonies and flawless, note-for-note instrumental renditions of the group’s biggest hits. Three costume changes cover the full range of the experience and beyond, with witty Liverpudlian stage dialogue and a video backdrop. Paperback Writer: The Beatles Experience takes fans on a trip through the history of the world’s most famous group — from the Ed Sullivan Show through Sgt. Pepper’s to the rooftops of Let It Be.

Joan Jett & the Blackhearts return to the Special Events Center on Sunday, May 26 with special guest Elle King. The Rock and Roll Hall of Fame inductees are best known for the classic rock staples “Bad Reputation,” “Crimson and Clover,” “Do You Wanna Touch Me (Oh Yeah),” “Light of Day,” and the anthem “I Love Rock n’ Roll.” The daughter of comedian Rob Schneider, King burst onto the music scene in 2014 with the hit “Ex’s & Oh’s.” Tickets for the 8 p.m. performance are $49, $69, and $89, available at the Fantasy Springs Box Office, via phone (800) 827-2946 and online at www.FantasySpringsResort.com.

We Will Rock You — Saturday, October 12th