Especially during the Holidays when you can go off-trend and pull everything you’ve loved and enjoyed for years, some since childhood, and others for decades perhaps, around you like a warm blanket, like friendly memories. Everything is ready to celebrate: the perfect tree (Found! A miracle!) surrounded with carefully, or not, wrapped gifts, silly and sentimental ornaments and décor that only brighten the halls at this time. Now, likewise favored foods that scent the house are setting taste buds vibrating and then there is Aunt Ethel in the Christmas-themed knitted sweater. (Even uglier than last year. Where does she find them?). Tradition is like the reliable train traveling on time-worn tracks season to season, holiday to holiday, family you’ve known and loved despite quirky behavior and relationships that might be explained through the years as two steps back, four steps forward, with a few trip-ups in between. And now we are facing a new year, resolutions, or not, a continuance of the season of fun, fundraising and frivolity in our desert. We’ve culled from the calendar for the best in January, 2015. Heads-up! Read on.

Saturday, January 10, 8:00 PM. Re-joice, Re-live, Re-celebrate Hollywood’s glory days and nights with “Palm Springs Legends II,” as top tribute artists bring the fabulous, funny, forever iconic stars to life on the stage of The McCallum Theatre. Back by popular demand, and stamping of well-shod feet, these are the real stars in our sandy firmament, not ever to be forgotten, why? Because they actually lived in the Coachella Valley among us ordinary mortals, picked out the best tomatoes at the grocery store, sent their kids to public schools and paid the bills for the AC just as we do! The line-up includes Dean Martin, Jack Benny, Johnny Carson, Sonny and Cher, Red Skelton, Betty (Annie Get Your Gun”) Hutton, Elvis (“the pelvis”) Presley and Bob Hope. It’s a trip into a laff-riot of musical and more memories by a terrific cast of talented entertainers who have performed nationally, as well as all over the world. Tickets are priced at $75, $65, $55 and $25 and are available at the Theatre’s web site at www.mccallumtheatre.com, or by calling the McCallum Theatre box office at (760) 340-ARTS. The McCallum Theatre, located at 73000 Fred Waring Drive, Palm Desert CA 92260, accepts payment by cash, personal check, VISA, MasterCard, Discover and American Express.

Sunday, January 11, 3:00 PM. Hush! Don’t say a word, just hustle by to hear Bill Marx, jazz pianist, Juilliard grad, author, multi-film score composer and entertainer par-excellence who has entertained the local fab-fawning throngs here-abouts and there-abouts for years with discourses and digressions about the Marx Brothers, as well as stories-about one in particular, his father, Harpo Marx and the two albums they recorded in talented togetherness. Appearing with him—the son of the father, will be entertainer Tracy Moss, who is one of the hottest (coolest?) jazz harpists you’ll ever hear stringing along with Bill on a musical journey, which, of course is the definition of jazz. You never know what will happen… The concert is presented by The Steinway Society of Riverside County at So Cal Piano, 74111 Highway 111, Palm Desert. Per person, $25. Reservations, call 760-772-9694. This concert has creds. Don’t miss it. 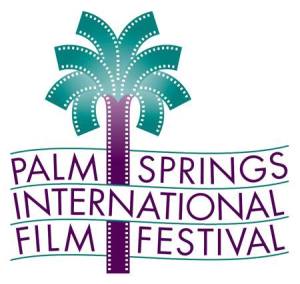 Friday, January 2, through Monday, January 12: The Palm Springs International Film Festival and Awards Gala rolls out on the Red Carpet. Last year the festival screened 192 films from 60 countries. Be first to see a majority of the films submitted for consideration in the Best Foreign Language category for the Academy Awards, as well as a large number of American independent and international features and documentaries marking their world, North American or U.S. premieres. The annual star-studded black tie Awards Gala on Saturday, January 3, 2015 will be at the Palm Springs Convention Center to honor individuals in the film industry with awards for acting, directing, achievement in film scoring and lifetime achievement. Last year’s honorees included: Sandra Bullock, Bruce Dern, Tom Hanks, Matthew McConaughey, Steve McQueen, Thomas Newman, Lupita Nyong’o, Julia Roberts, Meryl Streep, U2 – Bono and The Edge and the cast of American Hustle. Bring your autograph books to the event’s meet and greet on the Red Carpet! During the 12-dayFestival, fifteen screens throughout Palm Springs will operate from 9:00 a.m. until 11:00 p.m. “Selma”, the drama about the historical voting rights marches from Selma to Montgomery soon to celebrate its 50th year anniversary, is the official Opening Night screening unspooling on Friday, January 2 at 6:30 pm. The Closing Night screening will take place on Sunday, January 11th, and the Best of the Festival will screen all day on Monday, January 12th.Presented by the Palm Springs International Film Society, the PSIFF is one of the largest film festivals in North America. The Festival also features cultural events, filmmaker tributes, industry seminars and the annual black-tie gala award presentation. If you’re a film buff, you won’t want to miss it! For additional information, call the festival headquarters at (760) 322-2930 or visit the website at www.psfilmfest.org.

Tuesday, January 13, 7 PM. The City of Rancho Mirage presents /the Peking Acrobats for a one-time performance at The McCallum Theatre. Since their debut in 1986, the troupe of China’s most gifted tumblers, contortionists, jugglers, cyclists, and gymnasts, accompanied by musicians playing traditional Chinese instruments, have performed their 2,000 year-old acrobatics around the globe. Tickets are priced at $45, $35, $25 and $20. Tickets for residents of Rancho Mirage are priced at $40, $30, $20 and $15. Tickets are available online at www.mccallumtheatre.com, or by calling the McCallum Theatre Box Office at (760) 340-2787. The McCallum Theatre, located at 73000 Fred Waring Drive, Palm Desert CA 92260, accepts payment by cash, personal check, VISA, MasterCard, Discover and American Express.

Friday, January 16, 6:00 PM. Champagne Reception, 7:00 Performance. Dance for Life Palm Springs is a showcase of spectacular performances by renowned dance companies, all joining forces to help those in need. Since 1992, Dance for Life has raised more than four million dollars for Chicago’s HIV/AIDS community. Now in its fourth year in Palm Springs, this highly anticipated event will celebrate the art of dance to benefit AIDS Assistance Program. Annenberg Theater, Palm Springs Art Museum, 101 Museum Drive, Palm Springs Tickets are $95 for performance only. VIP Reception on Thursday, January 15, 6:00 PM to 9:00 PM. The Evening before the Performance Reception ticket is $200 per person, and includes the performance. Location to be announced. For more information visit www.aidsassistance.org or call 760-325-8481. 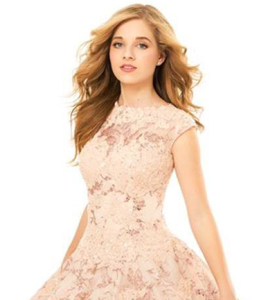 Friday, January 16, 8:00 PM. The voice heard on high is 14 Year-Old Teen-Angel Jackie Evancho returns to the McCallum for triumphant performance during the holiday season. Her first performance on TV’s “America’s Got Talent” left audiences and judges astonished that such a beautiful soprano voice could be produced by a 10 year old girl. Her success then and now four years later has come as much from her natural musical gift, as her poise, charm, causing Columbia Records to sign her up quickly. Since, she has stunned world-wide audiences in live performances, recordings, her acting—Robert Redford is a working colleague and fan, and Billboard Magazine named Jackie to their list of movers and shakers under the age of 2 1 in both 2011 and 2012. This performance is presented through the generosity of JoAnn McGrath. Tickets are priced at $125, $95,$75 and $ 55 and are available at the Theatre’s website www.mccallumtheatre.com, or by calling the box office at 760-340-ARTS. The McCallum Theatre, located at 73000 Fred Waring Dr., Palm Desert, accepts payment by cash, personal check, VISA, MasterCard, Discover and American Express.