Really loud and mostly incoherent, this ridiculous fifth entry in the lucrative giant fighting robot franchise offers a whopping surfeit of admittedly impressive – and most definitely eye-popping computer driven effects — especially when experienced on the biggest screens in ultra sharp Imax 3D format and accompanying immersive sound design. But still, this is nothing less than a mind-numbing fiasco.

I defy anyone (email me) to explain the plot. There’s a prologue of sorts set in the Middle Ages with a fun cameo (?) by the venerable Knights of the Round Table. There’s some welcome comic relief with a bit by a drunken Merlin (Stanley Tucci) and the Transformers. Oh, you didn’t know they were contemporaries? There’s a shift in time to the present day where we meet an eccentric English Lord (Anthony Hopkins) desperately hunting a magic object that wound up in Mark Wahlberg’s junkyard. How convenient is that!

Kinda cool flashbacks include a Transformer battle with the Nazis and another fight at Stonehenge!

Does it really matter that this is a mess of a movie? No critical bashing can keep the fans away from a cool theater on a scorching day. 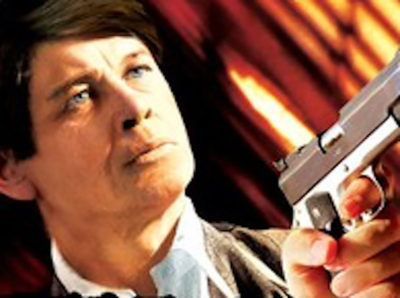 NEW BLU FOR THE HOME THEATER:
THE VALACHI PAPERS (1972)

Director Terence Young’s fast-paced, gripping, shocking and absolutely true gangland thriller, based on Peter Maas’s best-selling book, recounts the story of mob “button man” Joe Valachi, (Charles Bronson), who, after being sentenced to a prison term of 15 years, turns informant when he learns the top Mafia capo Vito Genovese (Lino Ventura) has put a $100,000 contract out on his life.

Valachi reveals the innermost workings of the Cosa Nostra, culminating in his galvanizing testimony before a senate subcommittee on organized crime. For me and many other readers this tome was very hard to put down – both physically and critically.

Variety called it a “a hard-hitting, violence-ridden documented melodrama of the underworld covering more than three decades.” If you missed this on it’s initial release and if a classic crime drama that pays its dues to the golden age of Warner Bros. gangster movies is of interest, you will not be disappointed.

Bronson portrays his character’s climb up the mafia ladder with style and that cold sense of menace for which he’s best known. His transition from punk to full-fledged gangster over the course of the brutal narrative is masterfully played with a sense of chilling authenticity. Co-stars Lino Ventura, Jill Ireland and Joseph Wiseman keep it real. Riz Ortolani composed the effective score. Bronson’s at his best here. If you’re a fan of this iconic actor, this beautiful hi-def transfer is one to see again or for the first time. Twilight Time Movies. (Limited Edition 3,000 units). 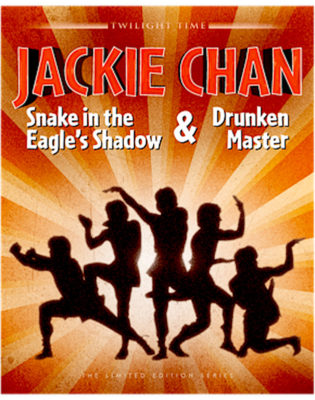 Snake in the Eagle’s Shadow is set in a world of rival martial arts schools. Chan, an amiable if beleaguered student, uses comedy, physical grace, and always-surprising stunts. See the birth of a superstar.

The genius of Drunken Master lies in its impossible seeming kinetics that are made believable. This old-school “chop socky” classic is pure entertainment for new and older fans of all ages. 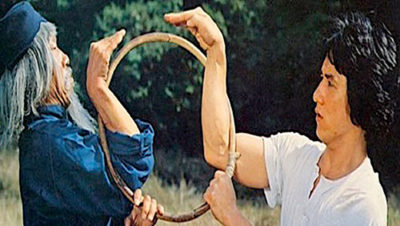 Chan became an international star via this pair of Hong Kong kung-fu comedy classics. Both feature Chan as an initially bumbling but finally brilliant martial artist. For thee knowing, each film spotlight fresh refinements on Chan’s still developing style that combines acrobatic fighting, comic timing, the use of madly improvised weapons, and innovative stunts — all of course performed by the daring Chan himself. Twilight Time Movies. (Limited Edition)