A Weekend of Kitch Turns into 11 Days of Culture, Education and Midcentury Fun

Palm Springs Modernism Week, which opens today (Feb. 13) and runs through Feb. 23, encompasses a full slate of events – from the original show and sale at the Palm Springs Convention Center, bus tours of homes designed by some of the pillars of modernism that have been preserved in the desert air, documentaries, lectures, slide shows, a trailer show and host of parties that all pay homage to the work of architects like Donald Wexler, Hugh Kaptur, William F. Cody and E. Stewart.

With 40,000 tourists expected to land in the valley over the course of the 11 days, Palm Springs Modernism week has become a much-anticipated event for the entire valley.

While that’s great for the economy, and the continued preservation of these unique buildings, finding ways to entertain all those enthusiasts and keep them coming back year-after-year has become a welcome challenge for groups that have sponsored Modernism since its inception.

It’s where sponsors come in the fray, according to Modernism Week Executive Director, Lisa Vossler Smith.

“Over the years the crowds kept growing, but we were limited by the capacity of what the houses and buildings could handle,” Vossler Smith said. “Landing Land Rover as a sponsor really was the catalyst that we needed to bring in other sponsors that will allow us to really expand what we can do. It had a snowball effect; a good snowball effect.”

Signing on major sponsors with international appeal meant that the event could grow the number of public parties, lectures and films and free events. And now, the addition of Goldenvoice as a partner, the missing element of music now means that there are day and night events that give more options for entertainment.

It also means that what was seen originally as a somewhat high-brow weekend has become a cultural event that attracts a more diverse crowd.

It’s not unusual, Vossler Smith said, to see older couples reminiscing about homes they owned in the heyday of Modernism looking over the same products at the Prefab Showcase and Modern Living Expo as hipsters looking to bring a bit of the Midcentury vibe into their own homes.

“It’s as much a social experience as it is an educational experience,” Vossler Smith said. “And as the crowds grow, we knew we had to make the programs more diverse. Modernism isn’t a trend anymore, it’s become a lifestyle that people want to learn more about.”

Anyone keeping track of the ticket sales for the bus tours, parties and home tours (which are limited by number of people each property can accommodate), knows that many of the most popular events were sold out months ago.

“But we added a number of free and low cost events, like HGTV’s ‘Modern Curb Appeal – from Mo’Dirt to Modern,’ and one I’m excited about, ‘Never Built Palm Springs’ that looks at the projects that were conceived but never got into production and how they might have changed the city,” she said of events on her “not to be missed” list.

For Vossler Smith, the week is about fun and education. “It’s for everyone who wants to understand the movement and why it has flourished here in the desert,” she said.

For more information on Modernism Week, programs and events, go to: modernweek.com. 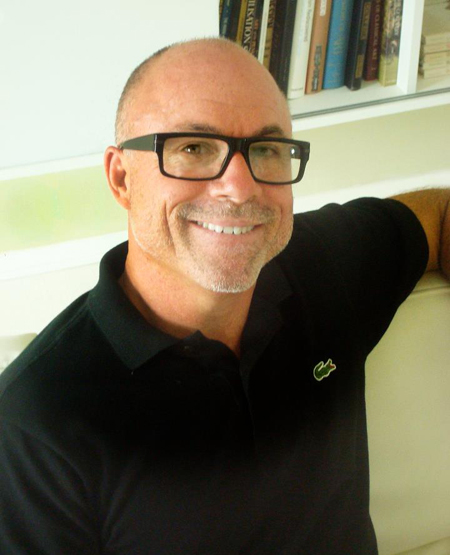 As a child of the 1960s and ‘70s who grew up in the faux-Spanish Colonial Southern California, Chris Menrad didn’t think much about the architecture of the post-World War II year.

The houses and buildings designed to capture the ease of an era when steel and glass, post and beam houses blurred the lines between indoor and outdoor living. When simplicity became elegance.

“I was born in 1960,” Menrad said recently. “But when I was growing up, those houses were old tract houses.”

But a 1999 visit to friends who lived in La Quinta, piqued his interest in Coachella Valley real estate. “We saw a house near the tennis gardens and it was so reasonably priced,” he recalled. “I understood about investments and I could see the opportunities here in the desert real estate.”

The following weekend, Menrad drove back to the valley and driving through the Twin Palms neighborhood of Palm Springs, saw a sign for an open house and fell in definite like with an Alexander house that needed some love.

Something old and authentic.

“I walked in, and I didn’t know anything at the time about Midcentury houses, but I could see the possibilities,” he said.
Even though it was in Menrad’s price range, “I told myself I couldn’t buy the first house I looked at,” he said.
But after several weeks of looking, Menrad kept returning to the Alexander he has owned since ’99.
“They dropped the price and I put in a bid,” he said.

Menrad didn’t mean to become a Midcentury maven, but it was about the same time as Palm Springs Modernism Committee was forming to push to preserve the unique homes and buildings, and he became one of the founding members of the group.
Today he serves as president of ModCom, is a realtor who specializes in Midcentury Modern homes and sees Modernism Week as the great tool for Midcentury homeowners and lovers of the style of architecture.

“There’s an exuberance to the style of living of the post-War era,” he said. “And Modernism celebrates it in all its forms. It’s way to explore the era and products and to learn about the men who created these magnificent buildings.” 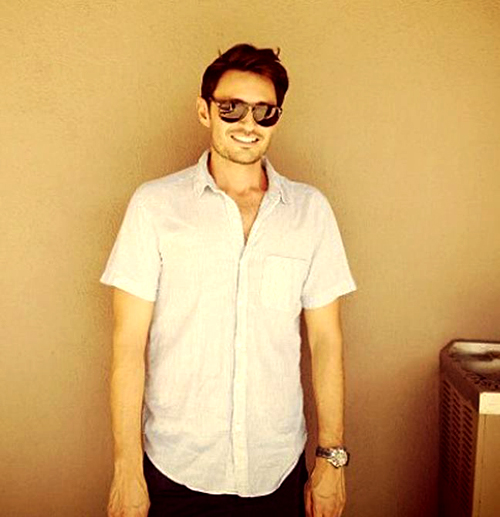 A Coachella Valley native, is a featured designer in this year’s Palm Springs Modernism Week Show

The last of six children and the son to migrant parents, Sammy spent his childhood on his parents date farm in Thermal, California. As a young boy, Sammy became inspired by color, texture and form found on the farm. This sparked his interest in design. His family encouraged his creativity and interest in design by letting him have free reign to arrange the furniture in the house, frequently driving him to open houses and model home tours, and stressing the importance of a good education to achieve his goals.

Sammy graduated from La Quinta High School, in 1998, and decided to start and education in biological sciences. After two years studying biology Sammy began to realize that he had strayed from his excitement of design and changed his major to Landscape Architecture. He credits this decision to his vast success and beginnings in the design and landscape trades. Sammy graduated from the College of Environmental Design at California Polytechnic University, Pomona with a bachelor’s degree in Landscape Architecture in 2004.

In 2005, Sammy founded his design firm in Palm Springs, California focusing primarily on landscape architecture. Sammy’s strong work ethic, quality of work, passion for design quickly became that talk of the town and rewarded him with many client referrals. Later, he joined forces with Marmol-Radziner, as Designer and Project Manager, in 2007, and relocated his business to Los Angeles.

Projects in Los Angeles inspired Sammy in new ways and introduced him to a new client base, but the talk around town was all the same. Word of mouth referrals lead Sammy to work for many celebrities and prominent business people. One particular partnership with Marmol-Radziner and Michael Smith produced a feature in Architectural Digest, in April 2010, called “At Home in the Desert, Subtle Hues and Unexpected Pairings for a House near Palm Springs.” In that moment of pride, Sammy was validated of his true calling: design.

Sammy’s firm has grown and now has 8 full-time employees and specializes in Landscape Architecture, Interior Design and Architecture. The team recently completed their 150th project and has a robust queue of more than 70 projects in the works, including Christopher Kennedy’s Show House for Palm Springs Modernism Week 2014.