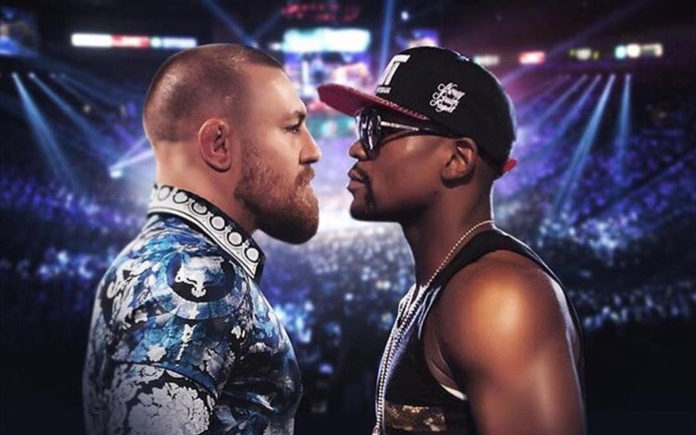 Conor McGregor vs. Floyd Mayweather betting odds have shift as McGregor attracts lots of early action. As improbable as it might be for Conor McGregor to beat Floyd Mayweather in their Aug. 26 boxing match, much of the public is giving the UFC star a chance. McGregor remains a heavy underdog for their super fight, but the betting odds continue to move as the bout gets closer. McGregor’s odds shifted to +500 with Mayweather listed as a -700 favorite as the Westgate Las Vegas Super Book. Three days earlier when the fight became official, McGregor was a +700 underdog and Mayweather had -1100 odds. When the sportsbook first created odds for the prospective fight in November, Mayweather had -2500 odds to win.

Gamblers that are looking to place a wager on Mayweather might rather look online. Bovada.lv lists Mayweather as just a -550 favorite, while McGregor has +375 odds.

The change in the moneyline has resulted from a large portion of the public taking a chance on the first-time boxer. Even though McGregor has never had a professional boxing match and Mayweather is the best fighter of his generation, gamblers seem to be intrigued by the longshot.

According to ESPN’s David Purdum, 140 of the first 144 bets placed at Caesars Palace sportsbooks were all on McGregor. The Westgate saw 90 percent of the bets backing McGregor, but the size of those wagers prevented the sportsbook from changing the line too drastically.

Nearly 80 percent of the money wagered on the fight at the Westgate was on Mayweather as of Sunday. Someone bet $50,000 on Mayweather on May 30, and another bettor placed a $45,000 wager on Mayweather Thursday.

The Westgate released prop bets Saturday, giving Mayweather 5-9 odds of knocking McGregor out. Mayweather is 49-0 in his career, but he hasn’t won via stoppage since victory No. 42 against Victor Ortiz on Sept. 17, 2011.

Mayweather has 2-1 odds to win by decision, which he did unanimously when he last stepped in the ring. McGregor has 6-1 odds to get a knockout, and he has 30-1 odds to get what would be a stunning victory by decision.

Mayweather isn’t nearly the favorite that he was against Andre Berto before he won his last fight two years ago. He had -3000 odds in that fight, and Mayweather was a -200 favorite four months earlier in his mega-fight against Manny Pacquiao.

Before Mayweather’s fight in 2013 against Canelo Alvarez, who’s proven to be among the best pound-for-pound fighters in the sport, he was given -300 odds. Mayweather was a -600 favorite and a -900 favorite in his two fights against Marcos Maidana in 2014.

McGregor has never been such a heavy underdog in the UFC. In his last two wins against Nate Diaz and Eddie Alvarez, the UFC lightweight champion was less than a 1-2 favorite in each bout. McGregor was barely favored against Jose Aldo at UFC 194 in 2015 before he knocked out the then-featherweight champion in just 13 seconds.

UFC is more prone to upsets than boxing, but that doesn’t mean they don’t happen inside the squared circle. Former super flyweight champion Roman Gonzalez lost as a -2250 favorite to Srisaket Sor Rungvisai in March. Gennady Golovkin nearly lost that night as a -800 favorite, but he narrowly defeated Daniel Jacobs by unanimous decision. Let the hype begin.