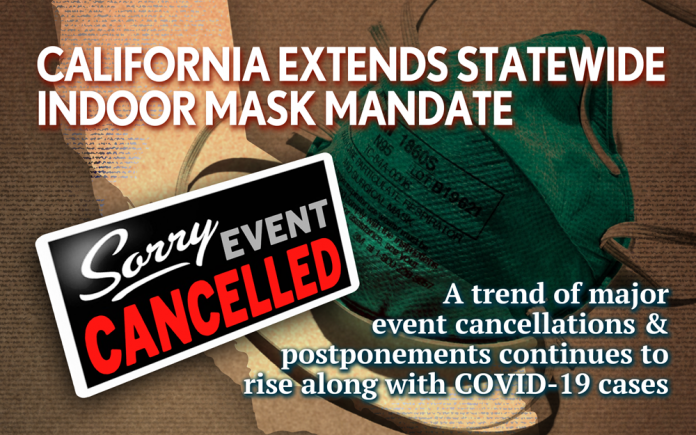 Over the past few weeks, the statewide seven-day average case rate of positive COVID-19 cases has increased by more than sixfold as hospitalizations across California have doubled due to the new omicron variant. 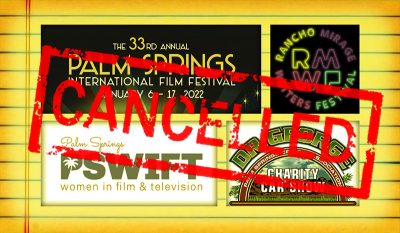 State officials reinstated the indoor mask mandate on December 15 last year and it was originally due to expire on January 15. However, California announced that it would be extending its statewide indoor mask mandate until at least February 15 due to the rise in COVID-19 cases driven by the fast-spreading omicron variant.

Currently, the state requires everyone wear a mask, regardless of vaccination status, in all indoor spaces, such as bars, restaurants and retail stores.

Currently, Riverside County has neared 800 COVID hospitalizations, which is the highest statistic since February of last year. To take precaution against the surging number of cases, there have been several Coachella Valley events slated to take place this year that have been cancelled or postponed as a precautionary measure.

“After thoughtful consideration, the Film Society feels this is the most responsible decision to ensure the safety of our patrons, filmmakers, and staff. Those who have purchased festival tickets and passes will receive a refund. For most, the refund will be returned to their original method of payment,” stated the announcement on the Film Society’s website,

At this time, the Palm Springs ShortFest is still scheduled to return from June 21 to 27, 2022. The Film Festival and Film Awards will return to an in-person event in January 2023. This year, the Film Awards partnered with Entertainment Tonight to celebrate this year’s celebrity honorees remotely instead of at the in-person gala.

A LifeStream community blood drive event that was slated to take place at The Westin Mission Hills Resort and Spa on Friday, January 14, has been cancelled. Empire Polo Club in Indio is also not hosting a season of polo.

The 8th Annual Rancho Mirage Writers Festival was scheduled to kick off with Angel Night on January 25, 2022, featuring Four-Star Navy SEAL Admiral William H. McRaven followed by a Q&A with Megyn Kelly. However, as COVID-19 cases continue to surge in Riverside County via the Omicron variant, the Rancho Mirage Writers Festival Board of Directors unanimously agreed the event should be rescheduled.

Angel sponsorships and passes along with their corresponding benefits will be transferred to the 2023 festival, which will be held on February 1-3, 2023.

“This decision was made after careful consideration and consultation with local government, partners and staff. We have been closely monitoring the unfolding situation with COVID-19, and we want to give you the experience that you expect and deserve in a safe environment,” stated a representative of the Rancho Mirage Writers Festival.

The celebration was to commemorate the 20th anniversary of Palm Springs Women in Film & Television becoming a chapter. The organization was to honor its founder, Leanna Bonamici, as well as two of its supporters, Donna Mills and Shari Belafonte, with “Above and Beyond” recognition.

“We are devastated, as it’s a huge milestone event for PSWIFT and this was the second time we had to postpone, although this event was much further along and many tickets were sold. All our honorees will still be awarded when we hold the event. We think it’s important to do in person,” said PSWIFT president, Kim Waltrip.

The Dr. George Charity Car Show was set to take place on Saturday, February 12 at the beautiful Indian Wells Tennis Gardens, but the show is already rescheduled for February 11, 2023.

The one-of-a-kind Dr. George Charity Car Show is a significant fundraising event for the Desert Cancer Foundation. Over the years, proceeds from the show have raised over 1.1 million dollars over the course of 18 years of shows to support the Foundation and provide financial assistance for local residents undergoing cancer care and treatment. In 2020, just before the pandemic, the car show raised an impressive 120 thousand dollars.

It is a significant loss to not host this event. However, Palm Springs Cruisin’ Association (PSCA) members find other creative ways to fundraise. In 2021, even without a show, the PSCA donated over 30 thousand dollars to the Desert Cancer Foundation, thanks to the generous sponsors who donated their entry fees regardless of the cancellation, and for the car sweepstakes conducted by the PSCA. 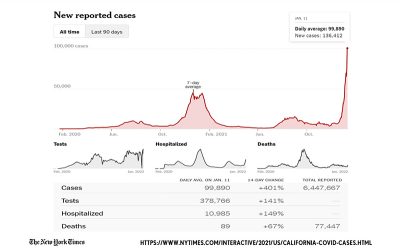 “While I am sad and disappointed that we’ve had to cancel two years in a row, I am grateful for the ongoing support of the PSCA, and respect the decision made by the event’s Steering Committee to maintain the integrity of the show. Requesting electronic vaccine records for an anticipated 7,000-plus patrons is not easily manageable. PSCA members care deeply about the Desert Cancer Foundation and remain committed to supporting our work and mission,” revealed Executive Director of the Desert Cancer Foundation, Eevet Edens.

The Palm Springs Cruisin’ Association has already secured a sweepstakes for a brand new Chevy Corvette, Z51 package valued at 91 thousand dollars, and are working to possibly plan a smaller car show to help offset the loss.

Stay tuned with CV Weekly for more announcements regarding the cancellations of upcoming events due to the rise in COVID-19 cases.