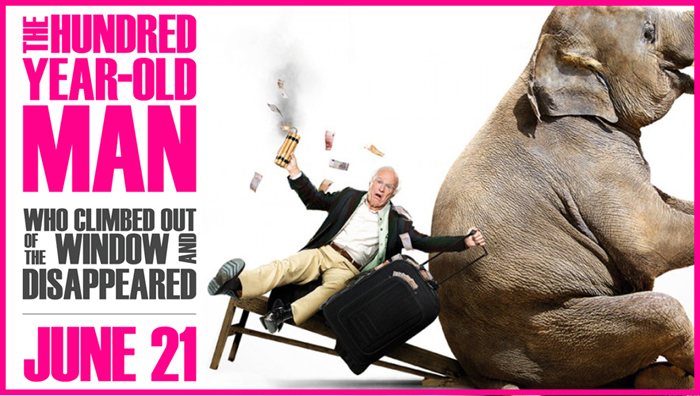 THE HUNDRED YEAR OLD MAN WHO CLIMBED OUT THE WINDOW AND DISAPPEARED
What’s not to love about the antics of an impish centenarian on the loose? Based on the international best seller by Jonas Jonasson, Felix Herngren’s irreverent Swedish comedy is the unlikely story of Allan Karlsson’s escape from a senior facility on his 100th birthday. After a long and colorful life specializing in munitions, the Spanish Civil War, the Manhattan Project and other signature events of the 20th century, his crazy escapade involves — among other things — dastardly criminals, a suitcase full of cash, Einstein’s idiot brother Herbert and an elephant named Sonya.

No effort is spared to earn audience laughs. And that’s okay with me and for all those already aligned with its absurdist, weirdly existential humor. If there’s a theme here, it’s that it’s never too late to start over. Or maybe it’s only a celebration of a youthful spirit. Or is it about going with the flow? When he was younger, Karlsson’s explosive skills made the world a more uncertain place, and now he’s taking a last plunge into that world we all recognize on some level. At the screening I attended, a mixed age audience laughed out loud from fade in to fade out.

Now playing at Cinemas Palme d’Or.  Pick of the week. 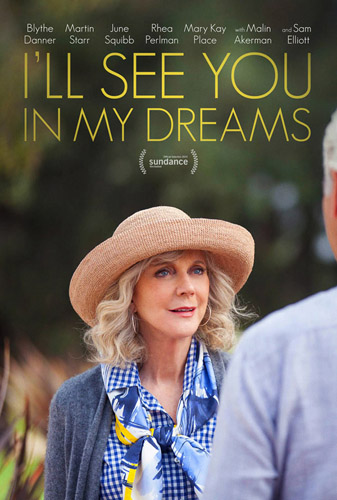 I’LL SEE YOU IN MY DREAMS
When her beloved dog dies, Carol (Blythe Danner) finds that the everyday activities that once gave her life structure – her weekly bridge game, gardening, a glass of wine (or two) – have lost their luster.  With the support of three loyal girlfriends (June Squibb, Rhea Perlman, and Mary Kay Place), Carol decides to embrace the world, embarking on an unlikely friendship with her pool maintenance man (Martin Starr), pursuing a new love interest (Sam Elliott), and reconnecting with her daughter (Malin Akerman). Brett Haley (THE NEW YEAR) directs from a screenplay by Haley and Marc Basch.  This sweet and satisfying film is now playing at Cinemas Palme d’Or. 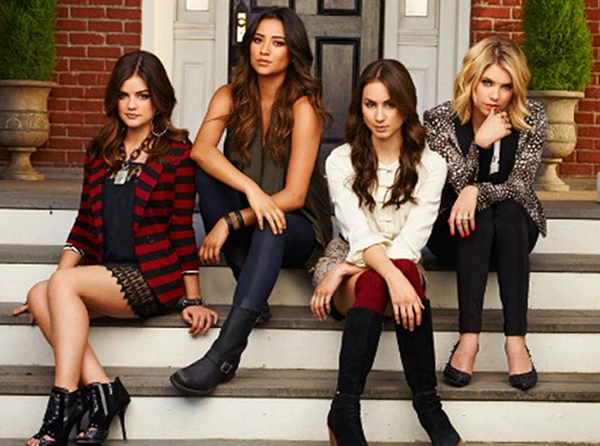 PRETTY LITTLE LIARS: THE COMPLETE FIFTH SEASON
For rabid fans that wait to binge watch, Season Five of “Pretty Little Liars” begins in the moments following the epic season four finale, in which Ezra was shot, among other shocking acts and revelations. Alison is alive and back in Rosewood, and everyone is affected by her return — but is she the same Alison after being on the run? Hanna’s ex, Caleb, returns. But he too is changed. Plus, how does Mona fit into everything? That’s what I’d like to know. Oh, and what’s Melissa (guest star Torrey DeVitto) hiding? With more questions than ever and now with some familiar faces back in Rosewood, there are now five, count ‘em five, pretty little liars trying to piece together who has been tormenting them. It’s another season of emotion, intrigue and nail-biting suspense, with many must-see moments, including the series’ landmark 100th episode!

The set includes all 25 One-Hour Episodes, plus exclusive featurettes, deleted scenes, and the fan appreciation episode: “We Love You To Death.” Warner Bros. DVD. 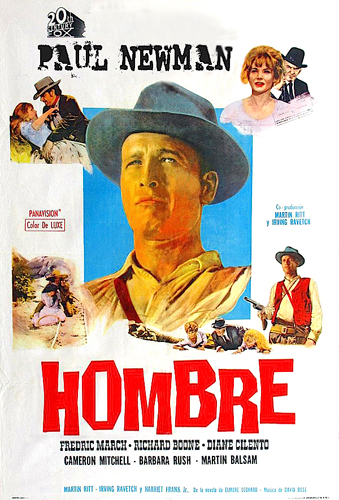 HOMBRE
Among director Martin Ritt’s best films, this 1967 adaptation (by Irving Ravetch and Harriet Frank, Jr.) of Elmore Leonard’s revisionist western stars Paul Newman as an Apache-raised white man despised by his fellow stagecoach passengers, but who is then appealed to for help after a savage robbery and kidnapping leaves them in mortal danger. Great Death Valley locations beautifully shot by master cinematographer James Wong Howe. Frederic March, Richard Boone, Martin Balsam and Diane Cilento also star in this suspenseful, clever variation on the theme of STAGECOACH.

Twilight Time Movies has been quietly licensing overlooked titles and transferring them in nice-looking Blu-ray editions.  They sell-out quickly as they are limited to only 3,000 units per title. Once they are gone they are gone! Two other recent Twilight titles include director Ken Loach’s CARLA’S SONG (1996), about a bus driver who falls in love with a Nicaraguan refugee and ends up helping her find her former lover in the chaos of that country’s civil war and AMERICAN BUFFALO. 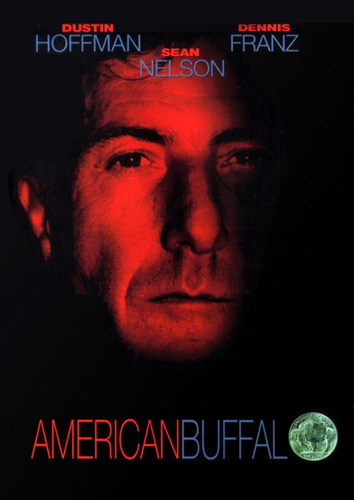 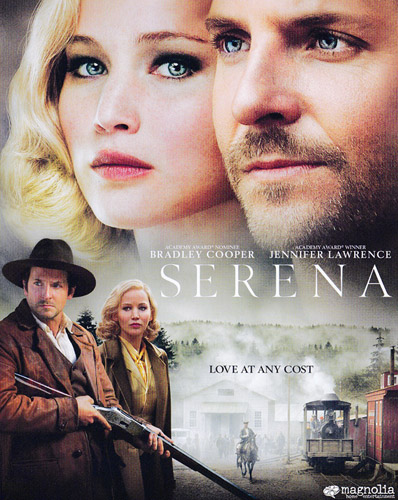 Made after the completion of SILVER LININGS PLAYBOOK, Bradley Cooper and Jennifer Lawrence reunited in this strangely convoluted tale set in the Smokey Mountains circa 1929. But the charismatic stars are not enough to save this poorly written story that never allows the audience to root or even care for the leads in the plight of their increasingly troubled circumstances.  Cooper is a lumber magnate and Lawrence is his new bride. He had a child by a local woman he met before he married. But when his new wife has a miscarriage and can no longer bare children, she becomes unsettled and perhaps more than a little mad and their marriage unravels. Shot in the Czech Republic, the production values are striking – even though it all looked like a set that was not dirtied nor really lived in. The cinematography is beautiful and the actors do their best with the material at hand. 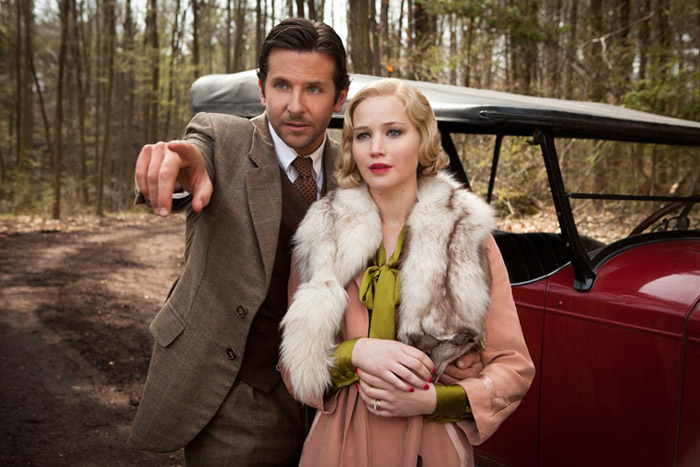 Cooper and Lawrence are great together and have convincing love scenes, there’s murder and bloody accidents, but none of it can save this odd movie. That’s why it sat on the shelf since 2012 and is only now released for home video. Usually precise in her direction, Susanne Bier has a lot to say in the bonus material, but she clearly did not have a sure grasp of the story trajectory. This is not a bad movie, it just doesn’t come together with a satisfying emotional pay off.  Magnolia.  Blu-ray.