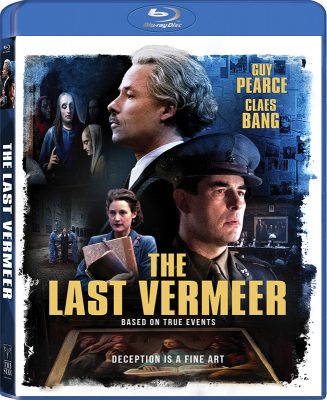 While Joseph (Claes Bang), a Dutch Jew, was fighting in the resistances during the Second World War, the witty, debonair art connoisseur Han van Meegeren (a terrific Guy Pearce) was hosting hedonistic soirees and selling Dutch art treasures to Hermann Goring and other top Nazis.  Following the war, Pillar becomes an investigator assigned to the task of identifying and redistributing stolen art, resulting in the flamboyant van Meegeren being accused of collaboration – a crime punishable by death.  But despite mounting evidence, Piller, with the aid of his assistant (Vicky Krieps), becomes increasingly convinced of Han’s innocence and finds himself in the unlikely position of fighting to save his life.

This mesmerizing film from filmmaker/producer Ridley Scott is as much about the power of art to deceive as it is about the most famous of modern art forgers who found a way to rip-off the Nazis while becoming the most famous man in Europe after WWII.

Don’t miss this compelling and mostly true historic drama that is shot in a style that reflects Vermeer himself.  Sony.  BD/DVD. 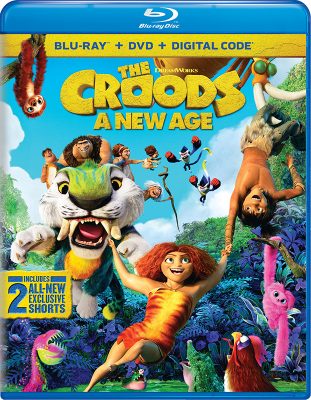 The first prehistoric family is ready for another rocking (as in megalithic) adventure.  They have survived fanged beasts, natural disasters, and even young love, but now they must face their biggest challenge yet: another family!  In search of a new home the Croods discover a walled-in paradise created by the sophisticated Betterman family. (Emphasis on “better”).

As they try to coexist, the differences between the two families escalates into a full-blown feud, but when a new threat forces both families to embark on an epic adventure, they must all learn to work together … or they’ll all go extinct!  The 4K, Blu-ray and DVD all include a treasure trove of watchable bonus features.  Universal.  4K/BD/DVD.

This endearing, trippy, psychedelic fever dream of a movie is a must see for not only animation fans but also anyone who wants to laugh out loud.  Sony.  4K/BD/DVD. 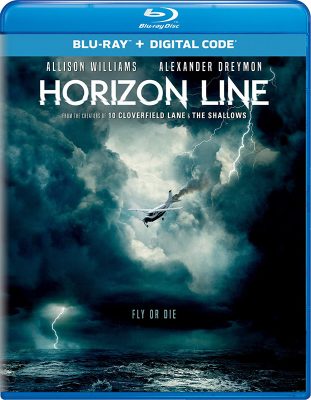 Former couple Sara (Allison Williams, Get Out) and Jackson (Alexander Dreymond) board a single-engine plane for a routine and casual flight to their friend’s tropical island wedding.

Within minutes of takeoff, their pilot suffers a fatal heart attack, leaving them with no idea where they are, and not a clue to where or how to land the plane!  With nothing but miles of ocean below and only sky above they are enveloped by a terrifying storm.  For Sara and Jackson this is it – they have only one shot at surviving and there’s no going back.  Universal.  Blu-ray. 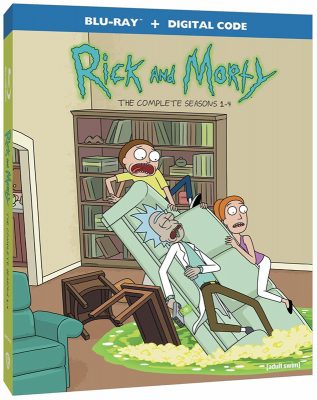 Wubba-lubba-dub-dub!  From creators Justin Rolland “Adventure Time”) and Dan Harmon (“Community”) go on an intergalactic journey across the multi-verse with Rick & Morty Season 1-4!

Get ready to binge on one of cables #1 watched comedies – and follow the misadventures of America’s favorite crazy scientist and his grandchildren with this outrageous boxed set which includes all 41 episodes from the first four seasons of the award-winning series, along with copious – yes, copious! — special features, including audio commentary, deleted scenes, “Inside the Episode segments, numerous featurettes, past animatic sketches and much more.

After having been missing for nearly 20 years, Rick Sanchez suddenly arrives at daughter Beth’s doorstep to move in with her and her family.  Although Beth welcomes Rick into her home, her husband, Jerry, isn’t happy about the family reunion.  Jerry is concerned about Rick, a sociopathic scientist, using the garage as his personal laboratory.  In the lab, Rick works on a number of sci-fi gadgets, some of which could be considered dangerous.  But that’s not all Rick does that concerns Jerry.  He also goes on cosmic adventures across the universe that often involve his kids, Morty and Summer.