There are few markets indeed that innovate as quickly as craft beer does. While some breweries have carved a niche and found success adhering to the Reinheitsgebot, many more choose to experiment with unusual adjuncts like granola. I shit you not, granola ales are a thing, and several breweries have done what literally no one has asked for, and made beer out of hippie food. Black Hog Brewing from Connecticut has a 5.5% Granola Brown Ale, While Oregon’s Rogue Brewing makes Shavasana, an 8% ABV imperial blonde ale brewing with granola, coconut, and sweet oats. While researching the origins of this unusual style, I found an old homebrew chatroom from 2012 in which intrepid amateur brewers argued the hypothetical pros and cons of pouring a cup of oily, sugar laden granola to the liquid gold that was their homemade beer. It took 8 years to go from concept to reality, but someone took a gamble on creating a bold new style for craft beer fans to enjoy.

Spoiler alert: granola ale is not going to be one of my picks for the latest beer trends we’ll be seeing go viral in 2020.

First of all, you can’t take anything Rogue does too seriously. These are the guys who infamously made Beard Beer out of yeast taken from their Brewmaster’s chin-bush. This is the company who made a pretzel, raspberry, and chocolate ale because it was a donut flavor that people at the time enjoyed, and get ready for this twist ending of a surprise, not a one person liked that beer. Just like bubble gum, novelty beers are appealing for all of 5 minutes before becoming tasteless and uninteresting, and the consumer moves on to the next fresh novelty.

Judging by what catches on, craft beer consumers want the comfort of something familiar while getting the thrill of a twist. They loved bourbon barrel aged stouts, so they were more than happy to embrace imperial stouts aged in maple syrup barrels. Beer Geeks love new hop varieties, so all you have to do is make an IPA out of a brand-new hop from New Zealand for them all to give you their money. Craft connoisseurs don’t ask for much, they just want something new that’s not too different from what they already know.

With that in mind, here are a couple of styles on the market with the potential to become the next big thing, or at the very least, a style more memorable than fricken granola beer.

This one is a no-brainer; we’ve all just spend the last quarter of a year locked up in quarantine, eating Door Dashed fast-food in our sweat pants while pretending we were totes sad that the gym was closed. Breweries offered growlers to-go, Applebee’s chicken tenders were ready curbside, and the “covid-15” became shorthand for weight gain during the shelter in place order. So now that businesses are slowly beginning to reopen, and people are having to put on clothes without elastic waistbands, low-calorie drinks are sure to be all the rage this summer. Session IPAs have been around for a number of years now and even enjoyed a brief moment of popularity, but that was before the haze-craze of the NE IPA. In the true spirit of giving people what they want, Hazy session IPAs are here to give people all of the creamy, tropical hop flavored, low IBU goodness of the NE IPA style, all for under a hundred calories. Firestone Walker’s Flyjack doesn’t say the word session anywhere on the can, but the bold red lettering of “96 CAL” is the most eye-catching font on the can of this 4% ABV offering. Unita Brewing’s Hazy Nosh might come in at a few more calories than Flyjack, but the 5% ABV and 45 IBU mark makes it more suitable for poolside drinking than your standard full strength hazy. These are only two of several light-hazies on the market; we’re sure to see more as the summer progresses. 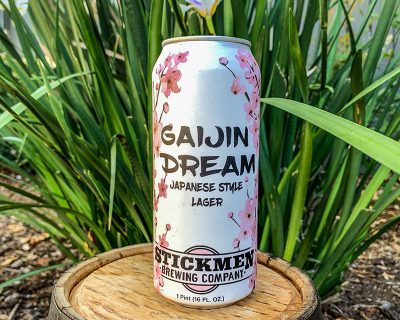 While Japan’s craft beer scene has more than a few independent brewhouses making porters, stouts, fruit beers and IPAs, it’s the country’s big four that has popularized a type of beer known as the Japanese lager. Asahi, Kirin, Sapporo, and Suntory all have a flagship pilsner made from rice and featuring the herbal, lemony flavor of the Sorachi Ace hop. Much like the California Common style revolves around the use of crystal malts and Northern Brewer hops, the Japanese lager exists around a couple of narrowly defining guidelines. That doesn’t stop North American craft breweries from creating exquisite versions of this style. Bottle Logic’s Hanamachi displays a brilliant clarity and a very prominent rice character that is hallmark of the style. Gaijin Dream by Stickmen Brewing is a little more aggressively hopped, displaying the lemon-and-dill flavors of the Sorachi Ace hop while maintaining a hint of rice-sweetness. With its light body, dry finish, and balanced profile, the Japanese lager is a very crushable, summer beer that could rival the popularity of the Mexican lager. Both styles offer an alternative to the somewhat-bland American style, and we’ve seen the Mexican-style craft lager take off in popularity over the past several years. It could only be a matter of time before you see your hometown breweries all serving their takes on the crisp, delicious Japanese interpretation of the style.