Stop me if you’ve heard this, but Boomers just love clichés. My dad loved saying things like “there’s nothing new under the sun”, which, it turns out, is an actual bible verse. Definitely didn’t mean to call the Bible cliché; sorry, Jesus. But dads say things like that BECAUSE they’re kind of true, and dads don’t lie, they just really, really stretch the truth. Take brewing for instance; the craft beer sector has spent the last decade in a furious arms-race with itself to come up with every original style and sub-genre of category that it can. We, as brewers, jumped the proverbial hop-bittered shark years ago, yet that didn’t stop us from mashing -up every two styles of beer that we could, in hopes that we ‘d alchemize something within a semblance of originality. We wanted new but what we got were Belgian IPAs. We needed fresh but we made pastry stouts. We craved transcendence but settled for piracy. We ran out of new shit, and have been in denial ever since. 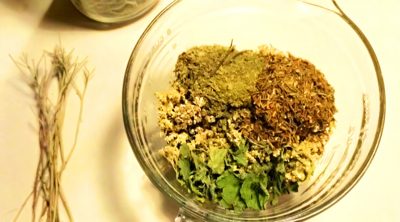 When craft brewers began hyping up their smoothie themed, fruited sour concoctions a couple of summers ago, Instagram influencers went wild posting pictures of the latest trend to go viral. Sure, sure the cans of sugary-sweet, fruit juice and beer blends had the unfortunate tendency to explode if not kept near-frozen at all times, but no one seemed to mind the fact that this craze was simply a reboot and rebranding of a style that had already been around for years. The same can be said about the rosé saison trend that breweries are embracing this season; adding grape must to beer has been around for some time now, the style just never got the right publicity until the age of the ‘gram. 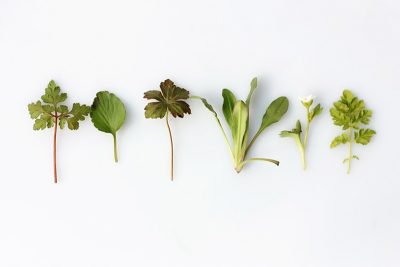 Predicting the next big thing is never easy, but it gets easier when beer is involved. At this point, all you have to do is go through a BJCP styles handbook, and find the types of beer that haven’t been exploited by ADHD afflicted craft breweries yet. I’m going to make a few bold, educated guesses here as to what old styles will be getting some new love in the near future.

Literally meaning “smoke beer” in German, this 500-year-old style of beer is made by drying green malts over an open fire of beechwood, infusing them with a smoky character that transfers over to any beer it’s made with. Ventura County’s Enegren Brewing has been brewing it’s The Big Meat as a rotating offering for several years now, joining a small handful of breweries who produce the under-used style every BBQ season. While a traditional Rauchbier is certainly appealing to a small demographic, Instagram rarely spares likes for the traditional. On the other hand, a breakfast themed Rauchbier with bacon and maple syrup would make some waves. In fact, a line of fruit-flavored, swisher sweet cigar themed beers would catch like wildfire and become a nationwide trend. Imagine the can art being just close enough to the Swisher Sweet logo to avoid litigation, with flavors of smoked peach, mango, passion fruit, and blueberry to reflect the actual flavors of cigarillo on the market, and we have the making of the next big IG beer craze.

Up until the 14th or 15th century, people would throw a handful of various herbs and botanicals into their boiling beer to give their beverages an extra kick. Herbs like yarrow, St. John’s Wort, sage, wormwood, and a variety of others were used for their beneficial properties of healing, preserving, and mood enhancement. When the puritanical church states of the time realized that many of these herbs were getting people high, they put a prohibition on that shit, right quick. When hops were discovered to have many of the same abilities to preserve and flavor beer, the use of gruit fell out of favor completely. It was only revived during the 1990’s when craft brewers sought out historic styles to recreate. While breweries like Dogfish Head and New Belgium have taken cracks at the style, no one has yet to mainstream and popularize the gruit into an IG worthy trend.

A simple way to this would be to streamline the herbs and botanicals used, keeping the gruit base simple and familiar. Lemongrass, orange peel, lavender and basil would make a pleasant yet simple flavor profile that’s inoffensive and hardly challenges the palate. And since fruit beers are once again in style, a fruited gruit sounds like the winning ticket to mainstreaming this niche beer. Common fruit flavors like lime, blood orange, and pineapple would blend perfectly in a beer with an already citrusy and herbal profile. It would basically be a juice-box type beer with a slightly botanical flavor, easy drinking and refreshing. Throw in a catchy name and can art that rips off Rick and Morty, and you’ve got a formula for success just waiting to be created.